Home
>
Analysis
>
A Big Next Five

Liverpool have just five games left of the year 2016. The same is true of Chelsea and Manchester City, whilst Arsenal, the other side in the top four, have four games left of this calendar year. Obviously those numbers are skewed slightly because we play Manchester City and that game, along with Chelsea’s match against Stoke, takes place on New Year’s Eve with the Gunners playing on New Year’s Day. 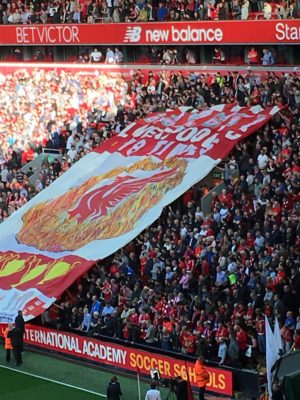 Regardless, we have five matches left before the turn of the year and I wanted to have a quick look at them as well as the games our rivals have to look forward to. Who has got the easier end to the year? What points do I reckon each side will end up with when the sun rises on 2017? Has the misery that is 2016 got one last surprise in store for us, or can we finally put it behind us and look forward to a bright new dawn? Let’s have a look.

On paper that doesn’t look like an overly scary set of fixtures. Of course the Merseyside derby is always a tough game and the cliché suggests that form books can be thrown out of the window, yet Everton look genuinely miserable at the moment and it’s tricky to envisage them giving us too many problems. Famous last words, maybe, but if they lose to Watford this weekend then there’s a genuine chance that they could be embroiled in a relegation battle.

Manchester City, too, are a tough side. They have some top-class players and Sergio Aguero will return from his four-match suspension nice and rested in time to face us. Yet the Citizens have only failed to win at one ground since the club was taken over by Sheikh Mansour – Anfield. The stadium will be rocking and rolling on New Year’s Eve as Scousers gear up for a party and Jürgen Klopp won’t want to send them home disappointed.

#LFC have only won twice at the Riverside Stadium in 14 attempts. Didn’t realise how much of a bogey ground it is. Next Weds should be fun!

There’s an argument that our trip to the Riverside will be the trickiest of all of those fixtures. Two wins there in fourteen attempts is nothing to be proud of. None of the players in the current Liverpool first-team were even at the club the last time Boro were in the Premier League, with Lucas Leiva the only player in the squad who was. Isn’t it paranoia to assume that an historic bogey-team will continue to cause problems for lads who’ve never even played against them? 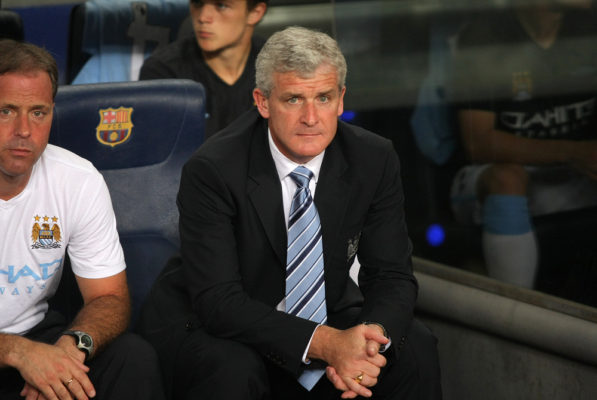 Stoke City are an interesting side. Mark Hughes endured a torrid start to the season, even managing to lose to Everton. They seemed to be desperate for a win from anywhere but since then they’ve quietly been picking up the points here and there and now they sit in ninth, just two points off United in sixth. You have to feel that an on-fire Liverpool will have too much for them, especially at Anfield.

That just leaves the visit of West Ham this weekend, but rather than go into too much detail on my thoughts here I may as well direct you to my Bet On The Reds preview piece. In it I mention that an early goal could be key and that it’s crucial for us to bounce back from the Bournemouth result with a win. Do that and I can see us getting maximum points in the remaining games this year. Don’t and we could be struggling to stay in the top four by the time 2017 hits comes around.

My projected points from our five games: 13

There’s little question in my mind that Chelsea have the easiest fixtures as we head towards the end of 2016. A little look at the calendar will tell you that that also have the easiest fixtures in May, too, but this isn’t the time for such talk. There are definite ‘banana skin’ matches in there and things in the Premier League rarely go as expected, yet it’s difficult to envisage Chelsea getting anything other than maximum points from those games.

When Liverpool beat the Blues back in September there was talk that Antonio Conte’s position was under threat. When they lost 3-0 to Arsenal at the end of the month the pressure increased, with rumours of late-night meetings between Roman Abramovich and his staff. Then the Italian manager switched to his favoured three-at-the-back formation and they’ve won eight league games on the spin since.

Within those eight games was a 4-0 victory over Manchester United and a 5-0 demolition of Everton. They also beat Manchester City 3-1 last weekend to go four points clear of us at the top of the table. It’s that last game that I find most intriguing, though. The truth is that Chelsea were pretty rubbish at The Etihad, getting outplayed for most of the game and looking like they’d be fortunate to make it out of there with a point. Three points flattered them in the extreme and the subsequent fisticuffs between players took everyone’s attention away from that fact.

Much as Liverpool looked to be showing signs of slowing down in the games prior to our Bournemouth defeat, so Chelsea don’t seem to be quite the unstoppable side that they appeared to be prior to their trip to Manchester. Man City are a side that should be challenging for the Premier League title, of course, with a manager who is considered to be one of the best in the world. Yet could one of the sides City are going up against spring a shock?

I wouldn’t fall out of my chair and assume the apocalypse had arrived if Sunderland took something from the game at The Stadium of Light, to be honest. I can also envisage Alan Pardew’s Palace side pulling something out of the bag at a time when they seem ready to call it a day. The clever money is on Chelsea winning all five, but I’ve got a sneaking suspicion they might not get it all their own way.

My projected points from their fives games: 11

Are Arsenal likely to challenge this season? Or will they fulfil their destiny and once again meander to a safe top-four finish without actually threatening to win the title? It’s a tricky one to call. On the one hand they always flatter to deceive before falling apart for a while in the New Year. On the other hand there seems to be something of a quiet truce in place at The Emirates at the moment and Arsene Wenger’s got them playing some football with a cutting edge. 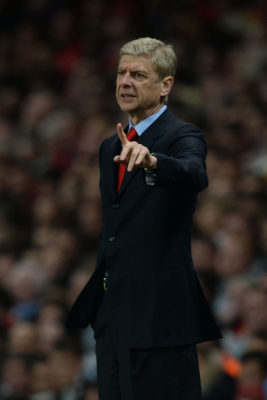 In a weird way I think the remainder of Arsenal’s games this year (and I’m including the Palace match just for the symmetry of everyone having five) will be decided by how this weekend goes. If they batter Stoke at home and Everton lose to Watford then I think they’ll stroll up to Goodison and walk away with an easy three points. Lose of draw with Stoke and watch Everton beat the Hornets, however, and suddenly a trip to the Old Lady across the park will be an intimidating fixture for them.

I’d be more confident of Arsenal dropping points to one of West Brom or Palace if the matches were away, but home games against those sorts of teams are bread and butter to Wenger and the Gunners. Perhaps Tony Pulis might be able to dog out a draw there but I’m not convinced to be honest. The only match I expect them to lose is the trip to The Etihad, though I might reassess that opinion after the weekend.

What’s going on at The Etihad, then? Pep Guardiola’s life at Manchester City got off to a flying start, with ten wins in a row in all competitions seeing many pundits and rival fans ready to hand them the Premier League title and a double with the Champions League thrown in. A draw with Celtic at the end of September saw the wheels fall off a little as they managed just one win in six during the month of October.

They’re still not quite looking like the side that was able to sweep aside all-comers at the start of the season and their defeat at home to Chelsea will have frustrated Guardiola no end. Yet it’s difficult to see a Leicester City in free fall take any points from them this weekend and Watford at home shouldn’t pose a problem for a side of Manchester City’s capability. 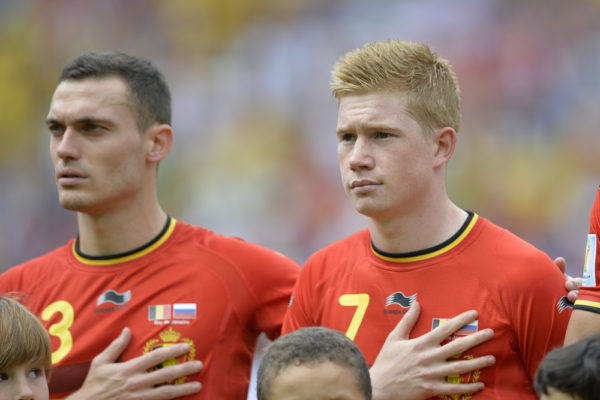 As I mentioned a moment ago when talking about Arsenal, then, it’s the visit of the Gunners that could pose the Citizens the biggest problem before they come to Anfield to see out 2016 on New Year’s Eve. Football isn’t played on paper but if it were then that looks like the sort of match that will end with a high score and the result being decided on something akin to the toss of a coin. Both sides like to attack and in Alexis Sanchez and Kevin de Bruyne they each have a player who knows how to find the net.

The same thing could be said of us and City, obviously. We’re at our best when a team tries to go toe-to-toe with us and it’s difficult to see Pep showing up at Anfield and going all out defence. He might opt for a counter-attacking tactic instead, but even then I’m not sure I’d be wanting to rely on John Stones to keep out Roberto Firmino and Sadio Mané if I were a City fan. They’re a brilliant side and they could easily come to Anfield and do a number on us, but I’m confident we’ll have the run on them once again this time around.

Obviously all of this is little more than guess work. If Leicester City’s title win and subsequent collapse has taught us anything it’s that predicting how things are going to turn out in the Premier League is little more than a fool’s errand. If I’m correct with my guesses though, the top of the league will look like this at the end of New Year’s Day: