Home
>
Analysis
>
A Conversation About VAR

Like most football fans, I’ve been enjoying watching the World Cup so far this summer. The likes of Spain’s draw with Portugal and Germany’s shock defeat to Mexico are results that are making it interesting viewing. Obviously you need to turn a blind eye to Russia’s treatment of its citizens including homosexuals, but that’s a story for another time. The football is generally quite exciting to watch, even if not every match could be described as a barn-burner. Yet whether you’re tuning in on ITV or the BBC, one subject appears to be dominating the conversation more than any other – VAR. In case you’ve been living under a rock, VAR is being used for the first time during this World Cup and it’s causing major issues for some of the commentators and pundits who are asked to speak about the games taking place and the things happening within those games.

VAR didn’t work so well in the England game last night, but it has been praised in other games, so was it right to use VAR at this World Cup?

It’s been interesting to watch things unfurl from the point of view of someone who has no particular loyalties going into this World Cup. I haven’t been all that interested in the outcome of England’s matches since Euro ’96, struggling to understand how people can utterly despise rival players one minute and then cheers them on the next. I’m essentially able to sit back and watch things unfurl dispassionately, which means that I don’t care about the outcome of the decisions made by VAR referrals but do want them to be correct. People losing their mind over its use is amusing to me, mainly because I’m very much behind its introduction. This week, then, I thought I’d have a little look at how VAR is working out so far and why some people seem to be so resolutely against it.

Misunderstanding What VAR Is

It seems to me that one of the big issues with the use of VAR so far in this tournament mostly boils down to a misunderstanding of what it’s actually for. For starters, the fact that most people are referring to is as ‘VAR’ and as a thing gives the impression that it’s some sort of autonomous being that is scanning the match constantly and making calls similar to the way FIFA works on the PlayStation. Instead it might be more useful if it was constantly referred to as the Video Assistant Referee, which is what the letters stand for. It isn’t a machine, it’s a group of referees watching the matches on a group of monitors and re-watching moments that the match referee might have missed, informing him if there’s something he needs to review.

The Video Assistant Referee (VAR) system deployed for the first time in World Cup history is used in what are considered “game-changing” situations, such as a goal, penalty or red card, and also to help referees with cases of mistaken identity pic.twitter.com/9Y6hXVaXmS

The Video Assistant Referee is no different to the assistant referees on the sidelines. Their job is to assist the referee, with the only difference being that these guys are watching what happens on a monitor rather than in real time and can watch things again from different angles and in slow-motion if necessary. The difference between then and an audience at home is that they actually know the rules of the game, rather than just making guesses based on what they’ve believed as they’ve grown up. They can make informed decisions and advise the match referee accordingly, though ultimately it still comes down to a matter of opinion and judgement. In the case of the use of VAR in the World Cup, the idea is that the assistant only suggests the referee looks again at something if they’ve made a clear and obvious error.

Pundits Are Half The Problem

I think a big part of the problem surrounding the acceptance of VAR so far is down to the pundits and the way that they speak about it. You’ve got the likes of Mark Lawrenson and Phil Neville who precede every comment that they make about the system with the sentence ‘I don’t like it, but’, as though that somehow justifies the absolute tripe that they spout in the sentences that follow. The perfect example of pundit ignorance came during France’s opening group match with Australia, during which the first penalty of the World Cup was awarded thanks to the Video Assistant Referee. As Antoine Griezmann ran through for the French team, the Australian Josh Risdon slid in on him and took him out without getting a touch of the ball. Lawrenson, commentating on the game for the BBC, called it a ‘good tackle’.

The France v Australia game showed that when used correctly, VAR can be helpful. In real time, I thought Josh Risdon had won the ball fairly but the replays showed that he fouled Griezmann. A penalty for France was the correct decision. #FRAAUS #WorldCup

Despite watching numerous replays of the incident that showed that Risdon didn’t touch the ball, the former Liverpool defender continued to assert that he thought it was a good tackle and bemoan the use of VAR in awarding the penalty. Punters watching the match at home would be forgiven for then repeating the same statement, deciding for themselves that the Video Assistant Referee got it wrong because a very well paid pundit was telling them as much. When the action returned to the studio later the first thing Mark Chapman did was inform the audience that they’d ‘get on to VAR’, as though it should be the first thing that they talk about. I’m aware that some people don’t like it because it ‘takes away the controversy’, but that’s an absurd way to view football in my opinion. 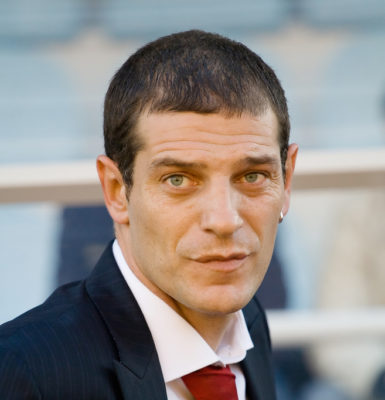 In fact, as far as I’m concerned, the pundit that’s best summed up the fake controversy surrounding the use of the Video Assistant Referee so far is Slaven Bilic. Speaking in the wake of Brazil’s 1-1 draw with Switzerland, the former West Ham manager was asked by the ITV presenter Mark Pougatch whether he thought the Swiss equaliser should’ve been ruled out thanks to video replays. His reply? “It’s one of them if I was Brazil manager I would ask for the foul but if I was Switzerland manager I would say no foul. To be fair, I don’t care”. For me, that sums up perfectly the desperate desire of TV companies to make a talking point out of every single VAR related incident that there is. It’s a nonsense in my eyes, if for no other reason than plenty of decisions in football are subjective and the only opinions that matter are the ones of the match referee and his assistants.

VAR Will Never Be Perfect

Aside from not understanding what VAR is supposed to be being used for, the other major mistake people seem to be making is thinking that it will be one hundred percent correct, one hundred percent of the time. As I’ve just said, so much of football is subjective and in the end the only person whose opinion matters is the man in the middle’s We can all sit at home and watch replays from every angle and say with confidence that he’s missed a ‘blatant’ foul, but in reality he might not have enough thought it was a foul in the first place. The system makes it more likely that the referee will come to the right decision, but in the end it will still be his interpretation of a situation or the laws of the game that will dictate whether or not he thinks it’s a foul.

VAR going wrong isn’t down to VAR officials. Their are 2 of them in their wading through 26 Angles and having to make a call in maybe 20 seconds ! To give you an idea tv co’s will have 14 experienced people doing the same job to get replays inside 20 secs. It’s an impossible ask!

The problem I’ve got is that the critics of VAR can’t seem to make up their minds what they don’t like about it. Some seem to say that it removes the talking points and controversy from the game one minute, then complain that it’s not absolutely right every time the next. Others are annoyed that it takes too long, but when a decision is reached quickly they say that the judgement has been rushed. For those of us that are generally in favour of its introduction, it’s difficult to escape the idea that people have made their minds up about it and are altering their narrative to fit their opinion. So far in this World Cup, for example, the system has been used pretty flawlessly and yet you’ll still find people being critical of it at every opportunity. If you look at it as something that will be right all the time and never get anything wrong then you’re always destined to be disappointed, but isn’t the controversy one of the things people love about football?

The final thing that seems to be influencing what people have made of the use of the Video Assistant Referee so far in the World Cup is a person’s country loyalty. A huge swathe of people seemed to be generally impressed with it prior to England’s match against Tunisia, for example, only to then decide that it was ‘rubbish’ after the system failed to award Harry Kane two penalties for being dragged down at corners. Once again, though, this seemed to demonstrate a misunderstanding of how VAR works. If there is a clear and obvious error then yes, the referee should either take instruction from his assistant or else rewatch a clip of the game and make a judgement call of his own. However, if there’s a foul on the defending team in the build-up to the controversial moment then that will supersede any decisions made on the attacking movement.

Actually fuming with VAR during England’s game, I’ve watched a lot of the games so far and it’s been used very very well.

But in our game there was something dodgy for it not to have kicked in.

With the first incident, moments before Ferjani Sassi hauled Harry Kane to the floor, John Stones appears to push Ellyes Skhiri in the back. If the Video Assistant Referee was looking at the incident then he might well have decided that that was just as worthy of a free-kick as the Kane decision and therefore told the referee to stick with his initial judgement. Equally, in the second incident it appeared as though Yassine Meriah hauled Kane to the floor, but replays show that the England striker appeared to have a hold of the Tunisian’s arm and that the incident was close to a 50/50 one. Those in the England camp might look at it and believe that Kane was hard done to, when a closer look at the VAR protocols will help them to realise an attacking team foul negates the need for a review.

The system will never be perfect, but it’s a lot more likely that people will appreciate why the decisions that are being made are being made if they were a bit more clued up about its use – starting with the pundits.