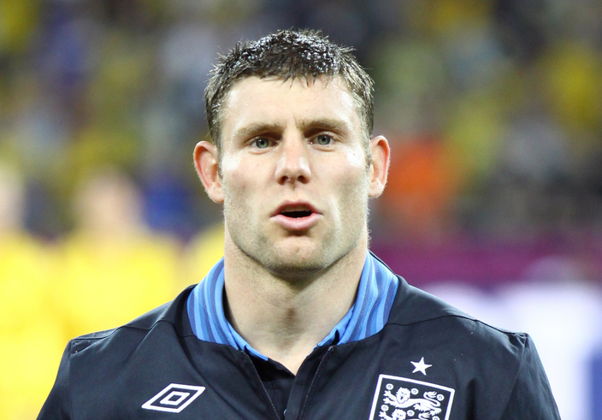 Liverpool Football Club have today confirmed the signing of James Milner from Manchester City on a free transfer, pending a medical. Let’s be honest, it’s not the glamorous signing most LFC fans were hoping for come the end of the season. Milner is seen as a solid, industrious player who runs a lot, but doesn’t set the world alight. To the majority of fans it’s a good signing, but little more than that.

Is the reality a touch more interesting than that, though? Has Milner’s reputation suffered precisely because he is such a steady workhorse of a player? There’s also the now infamous parody Twitter account, @BoringMilner, that is so close to the bone it’s had many people wondering whether it is actually the man himself that’s doing the tweets. Has that helped to play down Milner’s ability so that people seem to genuinely feel he’s mediocre, when the reality seems to suggest different?

If you’ve never heard of @BoringMilner, here’s a couple of his best tweets, including the most relevant to today:

“I’ve just realised that Rio (Ferdinand) is working for the BBC in Rio (de Janeiro). It made me laugh so much I had to sit down for a bit.” – On Rio Ferdinand being a World Cup pundit.

“Brendan Rodgers said Do you want to sign for Liverpool? I said I’ll think about it. Then I thought about it, then I said Yes. He said Great.” – On signing for Liverpool.

Not everyone loves @BoringMilner, and it’s already clear that some will get frustrated with the account very quickly. Twitter user @steve_graves tweeted this morning, “Only downside here is having that boring Milner account brought into my life”.

The comedy of the account comes in many forms, however, not least of which is that plenty of people really do use social media to share such utterly mundane and tedious information. Yet the account also taps into a feeling a lot of football fans have about Milner, which is that he is little more than a steady hand who won’t rock the boat. He’ll do what you want him to do, no more, no less.

Opinions Of Those In The Know

But that feeling of mediocrity is not one shared by anyone in the actual game. From Terry Venables, who put him in the Leeds United first team as a 16-year-old, to Manuel Pellegrini, who didn’t give him the number of starts he wanted but still considered him to be one of the best players in his squad, football people love him.

Here’s Venables: “I had Milner at Leeds United and his ability to play in different positions stood out, especially for such a young lad”.

Fabio Capello was also a fan when England manager. He had this to say about a then 24-year-old Milner, who had by that time moved from Leeds to Aston Villa: “The player I like is Milner. He is the future, my future”. That was said in 2008, 8 months before he won his first England cap and about a year and a half before Capello took the midfielder with him to South Africa as part of his World Cup squad.He also said, “Milner is a fantastic player. He has improved more than any other player in the squad. He is intelligent on the pitch, can make good passes, assists for goals and score himself”.

Glenn Roeder managed Milner when he spent a period of time at Newcastle. He had this to say about Milner: “James really is Mr Perfect, he’s an A-star person. He said ‘no thanks’ to Newcastle’s brat pack…Unlike the vast majority of professional footballers he works to his maximum and extracts every last ounce of ability”.

As a young professional, Milner was famously teetotal and spent many an early evening watching DVDs of Friends rather than hitting the tiles – and the headlines – like some of his peers. Peter Taylor, Milner’s England Under-21 manager, said, “I couldn’t find a vice. The only area where he may have defied me was when I’d tell him to just work with light weights in the gym, but I’m pretty sure he used the heavy ones”.

One of Milner’s oldest friends, Mick McGuire said of him that “he understands the importance of money”, but that “he’s not that interested in developing commercial opportunities. He doesn’t want to be distracted from playing”.

Even Milner’s old maths teacher, Steven Weeks, seemed to see a link between the midfielder as a schoolboy and as a professional footballer. He said, “James is still exactly the same really nice, calm, quiet, totally unassuming, popular lad he was at school, but I always thought that, inside, he had the sort of controlled aggression that takes people to the very top”.

From those quotes, then, we can begin to build a picture of a quiet, hard-working lad that would rather eschew the limelight and concentrate on his football. He has spent his career being dedicated to becoming the best player he could possibly be, rather than a flash Harry who wants money and recognition over a career he can be proud of.

What He Can Offer LFC

It goes without saying that Liverpool will not be able to replace Steven Gerrard with just one signing. But they can work to replace the things that Gerrard offered the team in different ways. Milner is, as the quotes suggest, the ultimate professional. Both on and off the pitch he gives his all, reportedly helping younger players out and being extremely driven not only in the 90 minutes of a match, but also during training sessions. Exactly the same thing Gerrard was always praised for.

He’s also a genuine two-footed player. Though he started his career with a significantly stronger right foot, he simply worked and worked until his left peg was just as strong. It will give Liverpool much needed balance, as his work rate combined with his ability to use either foot will mean that he can operate anywhere in the middle of the park and cause opposition players problems.

Compare and contrast the reputation of James Milner and the manner in which he’s gone about his transfer to Liverpool FC with the same thing from Raheem Sterling. The youngster could do a lot worse than to have a sit-down with Milner and find out why he’s made the decisions he’s made in his life.

There’s a belief that Sterling has the innate ability to develop into one of the best players in the world. His statistics line up favourably when compared to some of the best players in the world when they were his age, including Messi, Ronaldo and Gareth Bale. Yet he seems to be far more concerned with how much money he can get for himself than what he can learn and how he can develop himself.

What must Milner, the ultimate professional, think when he looks at how Sterling has allowed his agent to represent him over the past couple of months? He may be considered boring by some, but if he’s allowed to influence the younger players in the Liverpool squad then that alone could be a real asset to the club.

After all he’s turned down a reported £160,000 a week to stay at Manchester City, and he’s also turned down the opportunity of regular Champion’s League football at Arsenal. He’s done so to sign for Liverpool and help them re-instate themselves as one of the country’s top teams. That’s a statement of not only belief, but also intent. Anyone who thinks this is just a matter of LFC signing a player who couldn’t get into the first team of one of the other big teams is absolutely wrong.

The reality is that Milner isn’t one of the flash players at Manchester City. Although he was signed for £26 million, he isn’t even close to being one of their big money players. There were other members of the squad who every City manager would have been encouraged to pick ahead of Milner by those who care about which player’s shirts are being sold the most in the club shop.

Yet Milner was nearly always picked in the big games. He played twice against Barcelona last season. He started twice against Chelsea and twice against Manchester United, too. In a season when he only made 28 starts in all competitions, he played 6 of those against teams that City really needed a result against. He is a big game player.

More Than Just A Boring Midfielder

Liverpool Football Club finds itself in a bit of a quandary heading into the next season. FSG, the owners, need to decide what the best way forward is for the Reds. With the reported relaxation of the Financial Fair Play rules it seems likely that Chelsea, Manchester City Manchester United and, to a lesser degree, Arsenal are in a situation where they can spend big without having to worry about any punishments for their financial misdemeanours. So should Liverpool and, by default, FSG enter into an arms race against some of the richest clubs in the world of football?

If they do, and they lose, it could have dire consequences in much the same way as happened at the likes of Leeds United. It’s also the case that John Henry, the top dog, has long been trumpeting the importance of FFP and even went so far as to say that FSG may not have bought Liverpool if FFP hadn’t been on the horizon. So the likelihood of the Reds going big in the market over the summer are slim to nil.

Instead they have to think outside the box and try to do things slightly differently to the other big teams. Cue James Milner.

There won’t be fireworks going off over Liverpool tonight, but those in the know will be nodding their heads sagely, certain that he could be the key to Liverpool forcing their way back into the upper echelons of the league next season.

When Manchester City were still hopeful of convincing Milner to sign a contract extension and sign for at least another season, their manager Manuel Pellegrini had this to say about him:

“I’m Milner’s number 1 fan. Find me a more complete English player…show me one who does all the things Milner does well. There isn’t one. It’s hard to leave him out. Respect, commitment and performance level: 100%, fantastic…You leave him on the bench and he’s absolutely furious but watching him during the game: encouraging, shouting, supporting. And in the next training session he kills himself”.

He’s more than just a midfielder too. He can play virtually any position on the pitch, even fullback – though that’s his least favourite. Pellegrini referred to a period when City were short of frontmen and Milner had to play in attack and the Sky Blues averaged 3 goals a game.

“Milner’s a phenomenon, a guy with big courage and a heart this big”, said Pellegrini. “[He’s] Intelligent, great mentality, one of those players that when you leave him out you’re left with this feeling of injustice; it hurts because he should always play”.

A solid, reliable player who gives his all and who is valued by every single manager that he’s ever had. Someone with a remarkable mentality who will never give you anything less than 100% commitment. Isn’t that something that Liverpool desperately need?

Rodgers often talks about the importance of mentality; of how the Liverpool shirt weighs heavy on those players who don’t have the mentality to cope. Milner’s not only got the mentality, he’s also got the experience. With Manchester City he won the league twice, the FA Cup, the League Cup and the Community Shield. Not just experience, then, but experience of winning the biggest prizes in the game. Something that, with the loss of Steven Gerrard, everyone in Liverpool could do with. Including Brendan Rodgers.