Home
>
Analysis
>
International Break: What Can Jürgen Klopp Do?

Let’s be honest, all but the most sadistic of football fans despise the mid-season international breaks. Sure, it’s easy to get involved with the major tournaments such as the World Cup and European Championships when they come around ever other summer, but that’s because there’s no decent competitive football to sit and engage with. When the Premier League is well underway, however, the international break is an inconvenience at best and an outright irritant at worst. Liverpool have sent more than their fair share of players off to play international football only to have them return injured, so it’s little wonder that few of the club’s managers have been all that willing to engage with the entire process. Indeed, Jürgen Klopp has referred to the Nations League as ‘the most senseless competition in the world’. Most supporters are inclined to agree with the German and will spend the next ten days or so refusing to engage with the matches being played and instead counting down the days until domestic hostilities can resume.

The International break would be way better if it wasn’t a real thing.

I’m going to let you behind the curtain for a moment now. When you run a blog like this one, the key to getting engagement is to ensure that content is updated on a regular basis. When matches are coming thick and fast then that isn’t too difficult, with people generally keen to read match reviews and opinion pieces on where the season is going. When it’s the international break, however, it’s far more difficult to come up with things to write about and, even if you’re able to, to persuade people to read your work. You’d be forgiven for thinking that people might be thirsty for any kind of football-based writing, given the fact that isn’t anything worth while to watch. Instead, though, it’s as if football supporters give themselves a break until the Premier League gets back underway, so thinking of interesting things to write about is a challenge in and of itself. That’s why I found myself wondering how, exactly, Jürgen Klopp will be using this particular break in his schedule. Is he just like everyone else, twitching his thumbs and waiting for it all to be over? Or will he be a little bit more proactive in his attempt to ensure that our assault on the title doesn’t waiver in the coming weeks?

Figure Out What’s Up With His Front Three

When it comes to a discussion about Liverpool’s attacking trident, it feels as though there are two schools of thought. On the one hand there are those that are happy to point to the sheer numbers and suggest that everything is ok and there’s nothing to worry about. On the other hand, there are the football supporters who believe their eyes as much as the stats and know that everything is not right in the state of Denmark. Personally I think I come down somewhere in the middle, knowing that the idea that the club’s front three are enduring some sort of crisis of confidence is a nonsense yet also being aware that things definitely aren’t clicking just yet. You only need to see the moment that the Reds sprang on Manchester City on Sunday, turning them over only to see Sadio Mané get the ball stuck under his feet, to know that they haven’t yet hit their stride. It’s ok to admit as much, but the problem for Jürgen Klopp is what, if anything, he can do to solve it.

Can’t wait for a ruthless Salah after the international break like this time last year. They’re not ready for this. pic.twitter.com/3lNv18R54Y

Is it just a matter of giving them time to get back into the swing of things? After all, Mo Salah looked far more like his old self when we played Pep Guardiola’s men and another day might well have found the back of the net. There’s also the fact that he returned from this same international break twelve months ago fit and firing, so it’s possible that he’s just getting over his World Cup and Champions League heartbreak and is about to cause Premier League defences the same amount of trouble that he did last time out. If it’s a matter of fatigue, however, then there’s not a lot that Klopp can do bar give all three of them some rest when possible in the coming weeks. This is the period of time when he’ll need to sit down with his brain trust and figure out when the best time to do just that will be. There are some ‘easier’ games coming up in the schedule, so is now the time to take them out of the limelight or hope that they can re-find their mojo? 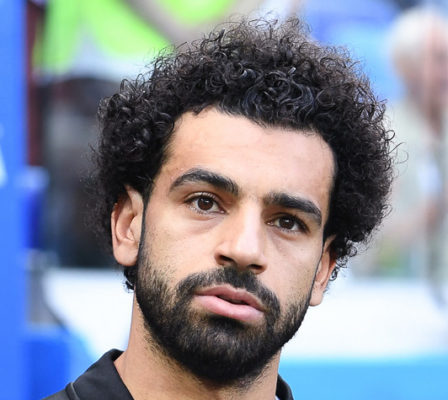 Personally I’m beginning to develop a theory that it is Roberto Firmino, rather than the other two, who needs to get back into the rhythm of the Premier League. The Brazilian endured a frustrating summer, performing whenever he was asked to in Russia only to see Gabriel Jesus consistently starting games ahead of him at the World Cup. He will have been training as usual but not given the opportunity to perform, meaning that he returned to domestic football tired but lacking match sharpness. He is such an important part of the Liverpool team that any drop-off in terms of his performance affects the entire side, so it’s not all that surprising that we should be under-performing overall without him at his best. Even when it seemed as though he might be getting back on track he nearly had his eye poked out by Jan Vertonghen and we were back to square one. Is it a matter of other teams figuring out how to nullify his threat, or simply that he’s been tired and will come good as he starts to get back into the rhythm of playing twice a week?

Random fact of the day: Roberto Firmino is still waiting to become our top scoring Brazilian. His total tally is 53 goals for #LFC so far – just 1 less than his former teammate Philippe Coutinho. pic.twitter.com/BVsjOfb9RA

At times like this it is difficult not to ask questions that might be a little bit uncomfortable to consider. The reality is that the front three spent most of last season seemingly loving life, having a laugh every time they scored, copying each others’ celebrations and generally just enjoying themselves. Things seem a little bit more joyless this time around, as though they’re going through the motions without really connecting. I’m quite sure that plenty of people will tell me that I’m over-reacting, what with the club sitting joint-top of the Premier League and in a very nice position in the Champions League. I’m also sure that they’d be right to do so. I can’t quite push away the feeling that something’s not quite right when it comes to the three up top, though, and I don’t think I will be able to until they start banging home the goals again. I also can’t help but notice that Sadio Mané hasn’t signed a new contract that he must surely have been offered, given his two attacking teammates both have…

Work Out How To Use His Squad Better

Does Jürgen Klopp not trust some of his new acquisitions, or is it simply a matter of them not yet being up-to-speed when it comes to the way that he works and the tactics that he asks his players to employ? A quick look at the manner in which he dealt with Andy Robertson last season will tell you that he’s not one to rush people into his team if he doesn’t think that they quite ‘get it’ yet. The entire Liverpool fanbase was calling for the Scot to be thrust into the starting eleven in place of Alberto Moreno, regardless of the fact that the former Sevilla man had actually started quite well in the last campaign. The manager, however, resisted those calls until the Spaniard picked up an injury and he had no choice but to turn the cut-price player from Hull City. Robertson looked born to the side, but it’s worth remembering that he hadn’t looked quite so assured when he’d started against Leicester City in the League Cup at the King Power Stadium.

Now he’s a mainstay of our starting line-up and the manager would almost certainly point to his decision to introduce him to the team slowly as a big part of the reason why. We’ve all seen players thrown in too quickly and lose their confidence because of that, so there’s nothing wrong with Klopp’s ‘gently-gently’ approach. The question he needs to consider during this break is whether or not the likes of Fabinho and Xherdan Shaqiri are now up-to-scratch with his methods. The issue he has is that they’ve both been called away on international duty, so he won’t have any time to work with them to find out for himself. I’ve said it many times before, but Jürgen Klopp knows more about football than I ever will. Yet I was critical of his team selection for the match against Napoli because he’s been running certain players into the ground whilst not giving others a chance to prove their worth. We’re entering a period now when he really needs to demonstrate trust in his squad or else his first-choice players will be knackered by February.

As well as figuring out whether his squad is ready to be used more consistently, the manager might also want to have a think about whether his formation could do with a slight tweaking in the coming weeks. It was interesting to see the heat maps of both Manchester City and Napoli and the fact that their players took up almost identical average positions when trying to stifle our attacking threat. Now we’re not going to come up against teams with the quality of those two opponents very often, especially not with managers as good as Pep Guardiola and Carlo Ancelotti, but it’s still likely to be a consideration for opposition researchers when trying to figure out how to play against us. This is a chance for Jürgen Klopp to work with Peter Krawietz and Pep Lijnders to ensure that the team can switch their approach if we something similar in the coming weeks.

Both Napoli+Man City basically employed a back 3 vs LFC, only allowing 1 full back to bomb on (Mario Rui & Mendy)

That’s not to suggest that he should throw the baby out with the bath water, of course. Our plan A is about as good as it gets and the players are good enough to find solutions on the pitch when needed. Yet it would be negligent of him not to think of ways to counter that sort of tactical plan from the teams that we’re playing now that we know they’re likely to employ it. The international break is a chance to take a breather, look over the details of what’s gone before and plan for the weeks ahead. There’s no question that our fixtures ease up a little bit but that doesn’t mean that we’re going to pick up three points every week without working for them. I would imagine that the manager will be considering combining the best use of his squad with a formation that will suit the players on a match-by-match basis. The next couple of weeks will tell us a lot.