Home
>
Analysis
>
Is Liverpool’s Away Form A Cause For Concern?

Now that the dust has settled from our 0-0 defeat to Everton at Goodison Park, is it time to start having a sensible look at Liverpool’s remaining fixtures? A ‘sensible look’ means that we weigh things up as fairly as possible, not pointing towards a world of doom and gloom and not thinking that we’ll win every match in sight. It’s entirely possible that we win all nine of our remaining fixtures, of course, but with matches against Tottenham and Chelsea in there I think it’s more likely that there’ll be at least a draw somewhere along the way. I wrote about how draws were becoming problematic earlier in the week, so I’m not delighted at the prospect of those likely dropped points heading our way before the season has run its course.

Actually quite sad and pathetic all these football fans celebrating a 0-0 draw so Liverpool aren’t top anymore 😂 obsessed!!

Yet far more concerning to me at this stage than the draws is our away form, which is where the majority of those draws have come from. The Leicester match felt immensely frustrating at the time, but the weather was very much a mitigating factor that stopped either team from being able to get up any sort of momentum. The frustration comes in the fact that they have not been great this season and ended up sacking their manager a few games later, so really a team going for the title should have been able to beat them. Draws against the Foxes and Manchester City were the only ones at Anfield, with the rest coming away from home and matching the loss to Pep Guardiola’s team in seeing us fail to pick up eleven points on the road. Is our away form suddenly something of an issue for Jürgen Klopp?

Most Of Our Unconvincing Performances Have Come On The Road

It’s important to put this season’s achievements into some sort of context. We’re currently just a single point behind a Manchester City side that became the first of the Premier League era to break the one hundred points barrier last season, matching them stride for stride and still with a very good chance of ending up as champions. When we talk about being poor on the road, it’s crucial to remember that we’ve taken maximum points from all but three of the teams outside of the top six. With one of those draws coming against an Everton side fiercely determined to stop us from winning and the other against Manchester United at a ground we’ve long failed to do well at, it’s far from an unmitigated disaster.

Liverpool scored five against Watford at Anfield on Wednesday.

Liverpool have scored five in their last six away league matches.

Yet it’s also true that most our our least convincing performances have come away from home. Forty of our sixty-four goals have come at Anfield, with the other twenty-four coming on the road across fifteen matches. Given that a genuinely diabolical Huddersfield Town managed to limit us to just one goal, Brighton did the same thing and Crystal Palace were struggling at the time we scraped past them 2-0, you can see why some people are quietly worried about what’s going on with us on the road and has been all season. That’s not to suggest that you should romp home every time you play, of course, but what happened between us demolishing a very good Watford side 5-0 at Anfield and us playing a frankly quite poor Everton side at Goodison Park other than the fact we were away from home?

We’ve Fewer Games Away Than At Home, But They Won’t Be Easy Ones

It’s easy to look towards matches against teams at the bottom of the league and feel as though they’re definitely as good as bankers. After all, there’s a reason that they’re struggling to climb the table. Yet a lot that can depend on when in the season you play them. By the time we play Southampton and Newcastle, for example, it’s entirely possible that they’ll be safe. Equally, Cardiff and Huddersfield may well be relegated by the time we travel to their grounds. Yet if any of them are not then they will be fighting tooth and nail to stay up in that curious way that teams do when they realise their own fate. Why is it that Cardiff lost 3-0 to Newcastle and 2-1 to Arsenal yet were able to pick up three points against both Bournemouth and Southampton? Trips to St. Mary’s, Cardiff City Stadium and St. James’ Park are never easy, but how much pressure will there be on the home team to get a result by the time that we rock up?

Away performances are becoming an issue here on the sly

There’s also the question of whether a team thats fate has been sealed is automatically a better one to face than one that is in limbo. If Huddersfield know that they’re down by the time they come to Anfield, might they play with a degree of freedom that they haven’t been able to show until now? It’s unlikely, with the idea that the just acquiesce to their fate far more understandable, but players have a sense of professional pride that sees them unwilling to simply slip away into that good night. With nine games left to play it would be understandable for Liverpool supporters to think that the away games should all be pretty much formalities, yet our form on the road over the past nine games doesn’t fill me with hope. We’ve played five times away from home during that period and walked away with just six points from a possible fifteen. Hardly the stuff of dreams. 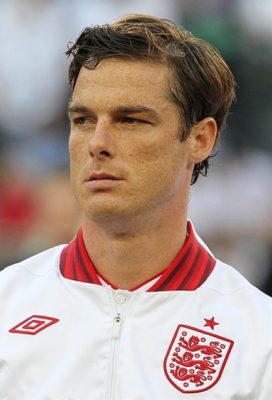 I wanted us to beat Everton for all of the obvious reasons, but more than anything else I wanted the players to remember what it’s like to win on the road so that familiar doubts don’t start to creep in as the pressure of the end of the season builds and the title comes tantalisingly within our grasp. We didn’t get that signature away performance and now a lot of pressure has been put on our trip to a Fulham side that have got a new manager and are dangerously close to being cut adrift. Will former player Scott Parker have them playing for pride by the time we visit Craven Cottage? If they lose to Leicester City at the weekend then they’ll need the points against us more than ever, so a win and a signature performance against them might just be enough to get our away day jitters out of our system.
Tweet Pin It