If I’d said to you when Liverpool lost 6-1 away to Stoke on the last day of the 2014-2015 season that by 2nd of February 2016 Jurgen Klopp would be managing the club and a game against Leicester City would be a clash between the league leaders and an 8th placed team, you’d likely have pumped your first and had a wry smile on your face. If I’d said that the clash would feature the division’s top scorer you would have been even more pleased, presuming the successful return of Daniel Sturridge to the Liverpool starting XI.

No one is pleased any more.

Last night we witnessed exactly the sort of performance that the Liverpool PR department must have been dreading. On the day when the club announced it was going to be screwing over its loyal fan base with increased ticket prices – despite the headline grabbing nonsense about £9 tickets – the team decided to remind everyone exactly what they’ll be paying up to £77 to see next season.

Groundhog Day is a 1993 film starring Bill Murray as Phil Connors, an arrogant weatherman who is forced to relive the same day over and over again until he learns to be more humble and to appreciate life. Before he does that he can’t escape from the loop of the same day no matter what he does, even resorting to trying to kill himself, only to be woken up by the same song every single morning.

It is remarkably appropriate that Liverpool played Leicester on Groundhog Day, then, given this team’s complete and utter refusal to learn from any of its mistakes. Mistakes not just of this season so far, but stretching back over more than a year and a half.

One of the main reasons the 2014-2015 season went as badly as it did for Brendan Rodgers and Liverpool was the loss of both Luis Suarez to Barcelona and Daniel Sturridge to injury. Taking goals out of a team whose defence was built on quicksand was always going to be a difficult thing to make up for. The issue was compounded, though, when Rodgers and his back room team decided to bank on Sturridge coming back and getting the goals to help us out of the doldrums. 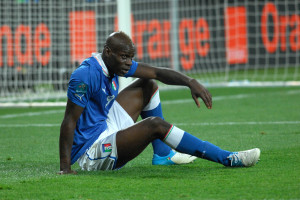 January 2015 came and went without Liverpool looking to the transfer market to sufficiently bolster their attack, despite the fact that neither Mario Balotelli nor Rickie Lambert were working as options up front. The season inevitably trickled to a disappointing conclusion, the lack of goals in the side a real worry for all concerned.

In the summer, once it was established that Rodgers would carry on as manager, there was an opportunity to correct the mistakes of the past year. It was obvious that a target man wouldn’t work with the type of football that both the manager and the fans wanted to see and it was equally clear that Sturridge couldn’t be relied upon. Liverpool needed to hit the transfer market for a top-quality striker as soon as possible.

Instead we made do with the arrival of Divock Origi and Danny Ings before splashing a huge amount of Christian Benteke; a player who, when all is said and done, is a slightly more mobile version of Balotelli and Lambert. We once again decided to put all of our eggs into the Daniel Sturridge basket. 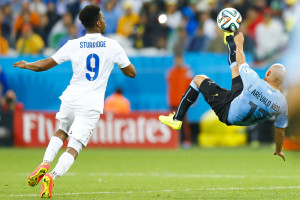 Yes we had Origi and yes we had Ings, but even at their very best both of those players were likely to be functional rather than fantastic. We couldn’t foresee the injuries they’d suffer, but we could have identified in advance that neither would be prolific for Liverpool.

Our ability to create nothing from promising situations has been the only consistent thing about us this season. Moreno in particular

The 2015-2016 season started in much the same fashion as the previous one had ended; goals were a hard-to-come-by commodity and defensive mistakes were ten to the dozen. Daniel Sturridge didn’t couldn’t be relied upon as his legs are made of cheese strings. Surely the powers that be would have learned from their mistakes in the transfer window? In the summer of 2014 we tried to buy Alexis Sanchez only for him to head off to Arsenal and we didn’t have a satisfactory plan B. The infamous transfer committee must have realised that couldn’t happen again, no?

No. I have no problem with Liverpool refusing to be bullied by Shakhtar Donetsk over Alex Teixeira’s asking price, but I am concerned that we once again failed to have any other options. I understand that Jurgen Klopp didn’t want to blow his transfer budget on a short-term fix, but are we seriously supposed to believe that Teixeira was the only goal-scoring option in the entirety of world football?

Liverpool’s transfer strategy still seems to be that we look at players at Southampton or the Ukrainian equivalent of Southampton and if we can’t buy anyone from there then we sack it off. Meanwhile actual Southampton just went and bought Charlie Austin for £4 million. £4 million for a player who knows exactly where the goal is and loves sticking the ball into it! We’ve paid Sturridge that to sit on the treatment table!

Mistakes Repeated On The Pitch

If they are the mistakes we continue to make off the pitch, what about the mistakes we make on it? Jurgen Klopp is one of the best managers in the world, so by now he’s surely figured out that Alberto Moreno is a brain dead dimwit, no? He’s noted that Emre Can likes to run about a lot and make himself look busy without actually achieving very much, hasn’t he? He’s told the Liverpool players, ALL of the Liverpool players, to stop shooting from 30 yards away because they keep hitting the first man, hasn’t he? 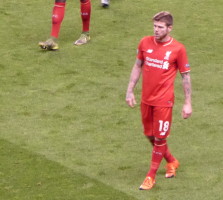 I’m utterly convinced that Jurgen Klopp is the right man to take us forward and I’m equally as sure that we’ll win the Premier League under his management. That does not, however, mean that he is free from criticism.

This team is in desperate need of players that can dictate the pace of a game. Too many water carriers in midfield! #LFC.

It might be forgivable if the Reds kept making different mistakes. It would be an easier pill to swallow if we managed to plug one whole only for a different one to open up. It would be remiss of me not to point out that, for now at least, that seems to be the case at the back. We seem to have learnt how to defend set-pieces and how to stop the first shot on target from being a goal, so that’s some good news at least.

Yet in the final third we still don’t have any ideas. The electric telegraph was a system whereby you could send messages across long distances to other people. It was abandoned with the advancement of technology and when it was realised that it was easy to decipher the messages parties were sending to each other. Why, then, do Liverpool’s players feel the need to telegraph their every move to the opposition? 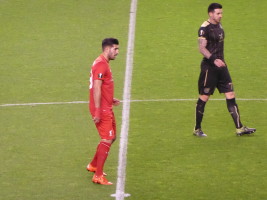 Yesterday the passes the players were trying to make were so obvious that Leicester’s players could cut them out with ease – that’s when we didn’t just hit the ball straight to them, anyway. As for shots on goal, it doesn’t take a genius to figure out when they’re coming, such is our entire team’s desperation to cut inside onto their stronger foot and then blam one either into the onrushing player or else into the crowd.

Nothing can take away what a fantastic goal Jamie Vardy scored. Nor can there be any doubt that his second was the sort of poachers goal the Anfield crowd has been yearning to see someone score. Jamie Vardy caused Liverpool’s defence problems all night without actually threatening to do anything – until he did. 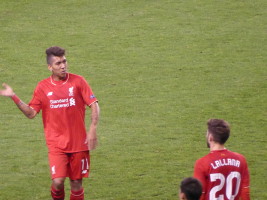 For a Liverpool side lacking goals this was a masterclass from Leicester. They made it perfectly clear that there’s no need to mess around with intricate passing in the final third. The only thing you need to win football matches is a striker who can put the ball in the back of the net and a midfielder who can supply him.

Mahrez has been involved in 22 PL goals this season, and Vardy 21.
Some crossover there obviously, but Liverpool have scored 30…

Some people think Jamie Vardy is a flash in the pan whilst Harry Kane is the real deal. For me the opposite is true. Regardless of which one is the natural goalscorer and which one is in a team that is set up to accentuate their strengths, the simple fact is that they’re both significantly better than anything Liverpool has to offer right now.

Professor Steve Peters wrote a book called The Chimp Paradox and one of the things he said in there is that at times of stress we let the chimp take over the human. Maybe all of this has been the typing of my chimp and it wasn’t as bad as it seems right now. Maybe. The only problem is that I feel like I’ve seen that match time and again this season, written the same thing time and again this season. I want Liverpool to learn. I want to be happy. I want my chimp to write Shakespeare, not the footballing plot of Groundhog Day.

Finally, once and for all, let this match be a lesson for us. No more making the same mistakes. Onwards, upwards and forwards. Liverpool Football Club: Score some goals, hey?