It’s an odd thing to be discussing after just five games of the season. In the olden days a lot of newspapers wouldn’t even print the league table yet. However this weekend Liverpool take on Hull at Anfield and it somehow feels like a massive test of the Reds’ title credentials. We’re level on points with Arsenal and Chelsea, both of whom we’ve beaten already, and we’re five points away from Manchester City at the top of the table.

Yet should the Hull match have taken on such significance? Jürgen Klopp would laugh at the idea of Liverpool being mentioned as possible title contenders, so should the rest of us really be considering it as a viable option? This is a question I’ll be asking periodically as the season progresses and the league tends to level itself out a bit. Some people are quick to jump on the ‘title challenge’ bandwagon and I’d put myself amongst them. Others find it distasteful to engage in such talk at all. Hopefully this will be something of a balanced look at our title chances.

What’s In Our Favour?

Everyone was disappointed with Liverpool’s eighth-place finish last season but let’s be honest, avoiding the Europa League was a blessing in disguise. Yes we had a laugh in it last season and we came within 45 minutes of winning the damn thing. Yet the truth is that there are loads of matches against weird opposition in far flung parts of Europe that merely serve to disrupt your domestic campaign.

It was actually a blessing for Jürgen Klopp to have the Europa League last season. It gave him an opportunity to learn about his squad in a high pressure environment. You can do as much work as you like on the training pitch but it will never be able to show you a player’s mentality when it comes to game time. The German could see what players like Adam Lallana, Roberto Firmino and Dejan Lovren could do and what the likes of Martin Skrtel, Brad Smith and Jordon Ibe couldn’t. 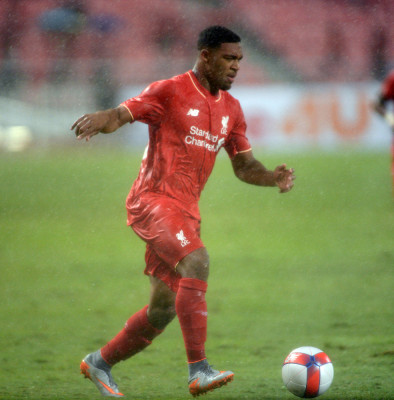 That said, not having Europe could be crucial to any fledgling title hopes that the Reds may be harbouring. Lest we forget, the last time we didn’t have European competition to worry about was in 2013-2014 and we all know what happened then. People might want to retrospectively belittle Brendan Rodgers’ achievements and suggest it was all down to Luis Suarez, but that’s simply not true. If for no other reason that Suarez’s form sky-rocketed after working with the Northern Irishman; something the Uruguayan readily admits in his autobiography.

Klopp believes that the system his team plays is more important than any one player, so the squad needs time to work on what he wants from them and a week between games gives them exactly that. Everyone associated with the club would far rather that we had won the Europa League and earned the Champions League place that came with victory but it wasn’t to be. We didn’t get it, however, and now we need to press home our advantage over the other top teams when the European fixtures come around. 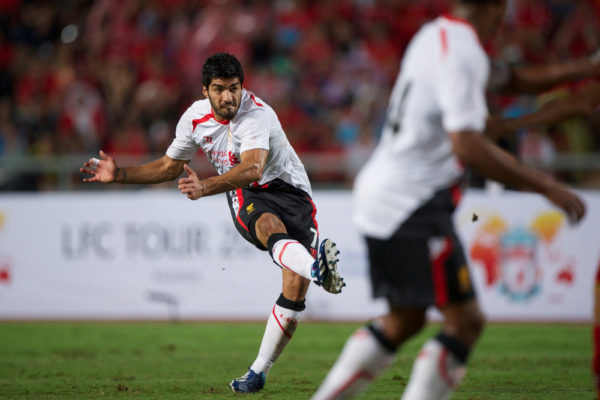 At the start of the season I thought that Liverpool would be in the conversation for the title. This feeling was based around the fact that the likes of Antonio Conte, José Mourinho and Pep Guardiola all have specific styles that they need their team to understand and only Conte would have the same amount of training time as Klopp. I also felt that Europe would prove to be a distraction for City and United. City have had a brilliant start to the season, but they’ve only played one European match. What will happen when they get to the business end of the Champions League and players have one eye on their Wednesday night match? That’s when their mettle will really be tested.

Liverpool had a tough start to this league campaign, there’s no two ways about it. Away games against Arsenal, Spurs and Chelsea were always going to be tough but to add in a home game against the defending Premier League champions was just cruel. It’s mildly ironic, then, that the game we made the toughest work of was the one against the newly promoted side that everyone else seems to have beaten for fun.

The loss to Burnley is a big part of the reason why the match against Hull feels so important. Can we break down a team that will have no desire whatsoever to come out and play football against us? If we can’t then any hopes of a title challenge will be over before they’ve even seriously begun. But if we can then the fixtures that follow it could leave us in a very nice position indeed heading into the Christmas period.

Here’s a look at the league matches we’ve got between now and the last day of 2016:

How many of those teams should we be genuinely worried about? Tradition suggests that all of them could present problems, but we need to move away from the negative mindset of feeling that we’re destined to drop points against the likes of West Brom and Stoke. Only the derby at Goodison Park and the visit of the two Manchester clubs should be seen as being genuinely threatening matches. All other sides in that list are eminently beatable if we believe that we’re good enough.

Even United, City and the Ev should be matches we feel we can get something out of. Klopp has a very good record against the top teams and our Blue brethren have something of a mental block against us, so why not look at the fourteen games between now and Christmas and hope to take a minimum of 38 points from the 42 available?

Since the Premier League began only Arsenal in the 2003-2004 season lasted and entire campaign without losing a game. Losses, then, are as close as it’s possible to get to inevitable. The only real question is about how a team responds to the set-back. If you hope to have any chance of winning the English top-flight then you need to put together decent runs and Liverpool have an excellent chance to do that with eight home games and six aways and only three ‘tricky’ matches in their upcoming fixtures. How we cope will go a long way to answering the ‘title credentials’ question.

What’s Working Against Us?

There are two main reasons why the last 26 years are causing us problems. Brendan Rodgers referred to one of them as the ‘weight of the shirt’ and that’s a decent analogy. Both Liverpool fans and the club itself are rightly proud of our history. Despite what our rivals might try to convince themselves of, we’re still a massive club and our trophy cabinet is the envy of pretty much every side in the country.

However the one big gap in said cabinet is the space for a Premier League trophy and with each passing year the pressure to fill it grows exponentially. The fans are desperate for it and the players know it. Perhaps, though, the departure of local legends like Jamie Carragher and Steven Gerrard will ease that pressure a little bit. I’m not suggesting that the likes of Joel Matip, Jordan Henderson and Divock Origi won’t be desperate for the title win if we get close at the end of the season, but they won’t be feeling the added pressure from friends and family in the same way that Carra and Stevie G would have. 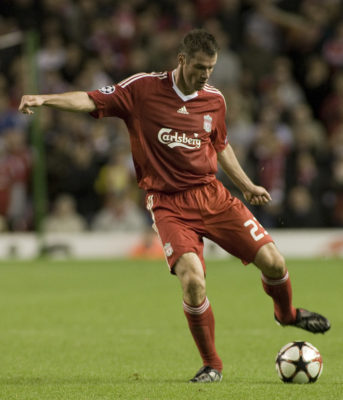 The other way the last 26 years is working against us is our league finishes during that time. Since we last won the English top-flight in 1990 we’ve finished outside the top four 13 times. That’s half of the league campaigns we’ve been involved in ending with us nowhere near the top of the table. If you reduce it to the last ten years we’ve finished 3rd, 4th, 2nd, 7th, 6th, 8th, 7th, 2nd, 6th and 8th. We’ve finished outside the top four six times and our average position has been between 5th and 6th.

The success of Leicester City last season was remarkable for a number of reasons but the main one is that teams simply do not jump from outside the top four to winning the title in the Premier League. It doesn’t happen. Since the league was re-structured no team has ever won the title without having finished in the top four the season before with the exception of the Foxes. More often than not the winning team finished second the previous year.

So not only is the pressure growing with every passing year but the fact that this season supporters are hoping to go from eighth to first is a very tough ask indeed. The only mitigating factors I’d throw in there are that last season’s eighth-place finish was a bit false, with Klopp concentrating on the Europa League and sacrificing a few league positions in order to do so. Also, Liverpool is a club prone to doing the improbable and no one thought it was possible to run a four-minute mile until Roger Bannister did it in 1954 then two months later John Landy did it too. Can Liverpool be John Landy this season?

Granted this is a bit of an obvious one, but there are nineteen other teams trying to stop us from winning the title, with four or five of them laying claim to the possibility of winning it themselves. As much as I love the idea that José Mourinho is a busted flush and he’s in the process of crashing and burning at Manchester United, the Portuguese manager knows how to win things and he’ll spend more money in January to ensure that he does. 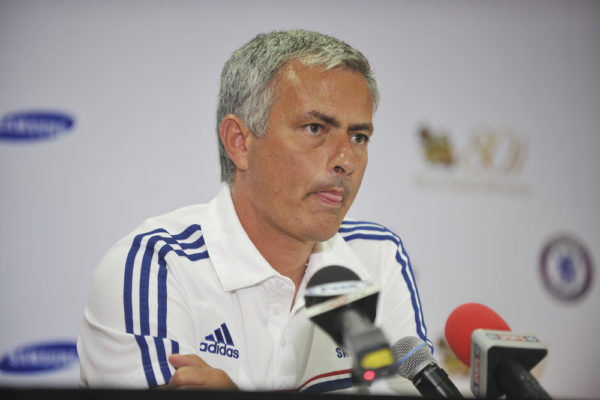 I’ve already mentioned the fact that Manchester City have European football to worry about, but the truth is that their squad is more than capable of lasting the distance in all four competitions that they’re playing in this year. Guardiola is a more likeable manager than Mourinho but he’s also not averse to splashing the cash to ‘earn’ his success so don’t be surprised if City improve their squad even further in the January window.

The majority of Arsenal fans seemed to be completely done with Arsene Wenger at the start of the season. It would be just like the Frenchman, therefore, to go out and win the title this time around. After losing to us and drawing with Leicester they’ve looked impressive, scoring thirteen goals in their last three league games and picking up maximum points.

We might have outplayed Chelsea in their own ground last Friday night, but Antonio Conte is no mug and he’ll be keen to ensure he lasts longer than the eight months the majority of Chelsea managers get given by Roman Abramovich. They also have no European football so they’ll want to be involved in the conversation when it comes to the crunch. They finished tenth last time out, though, so if they can be talked about as contenders then why can’t a team who finished two places above them?

There’s no guarantee of anything in football and the pros are about as heavily weighted as the cons when it comes to the Reds’ chance of lifting that long-craved for title. Yet isn’t it more fun to embrace the idea that we could be labelled as Premier League champions in May than to wallow in misery and fear ‘jinxing’ things? The title train is leaving the station; are you on board or not?