The FA Cup used to be a competition of importance and prestige. At a time when Liverpool seemed to win the First Division title year-in, year-out the only thing that could make it even sweeter was doing a league and cup double. Sadly those days are gone, whether it be because of the Football Association’s decision to get it sponsored by whoever would pay the most or their choice to lessen the journey to the final by having the semi-finals played at Wembley, it’s just not seen in the same way as it used to be.

Perhaps that’s why Jürgen Klopp decided to make so many changes for this cup tie against Plymouth. Maybe it’s because we’ve got a big game against Southampton in the week followed by an even bigger one against Manchester United next Sunday. I’m fairly certain the German would have made the same decision regardless of the opposition because he believes in the kids and wants to see them do well. He’ll also have been keen to discover whether any of the young lads can stake a claim to a place on the bench or in the starting XI if injuries take hold. So how did it all pan out?

Only One Team In It

Let me be absolutely clear before I say anything else: Derek Adams was perfectly entitled to ask his Plymouth Argyle side to play defensive football. They are exactly three leagues below Liverpool and anyone who expected them to turn up to Anfield and try to play exciting, attacking football was always bound to be extremely disappointed.

Opta’s numbers of the first half. Plenty of zeros for #PAFC, but they won’t mind given their approach has equalled ‘0’ next to #LFC‘s score pic.twitter.com/rZoD0Xly9a

Yet the Reds ended the first-half with more than 80% possession. We nearly had more possession than Plymouth had completed passes. There’s a difference between playing defensively and showing absolutely no ambition whatsoever. Obviously Adams will feel that the end justified the means but he could have asked his side to attack a little bit more and ask questions of a young and inexperienced Liverpool team.

Obviously Plymouth will be delighted to have gained themselves a replay and rightly so. At the end of the day it was the job of Jürgen Klopp’s men to break the Pilgrims down and his young charges failed to that. It will have disappointed the manager that we had such possession but couldn’t threaten the oppositions’ defence. We had a couple of opportunities and should have done better, but we also should have had more chances considering how little interest Plymouth had in playing football.

You Can’t Judge Players On This

There will be some Liverpool supporters looking at that performance and that result and declaring that the squad isn’t good enough. They will be slating some of the young players in the side and writing off their future at the club because of their inability to find a breakthrough against a League Two side. In my experience they’re the same people who want to see Ben Woodburn start Premier League games instead of Daniel Sturridge or Joe Gomez come in for Dejan Lovren.

The extent to which this is moronic thinking cannot be understated. For starters, there is never going to be a league game where Klopp will need to make so many changes. The only time most of those players will feature in the first-team in the future is alongside the starting XI. The players didn’t need to prove themselves as a team, they needed to impress as individuals.

Sheyi Ojo is nineteen. Ben Woodburn is seventeen. Ovie Ejaria is nineteen. Even Divock Origi is only twenty-one. These lads are young and inexperienced. The only way they’re going to improve is to gain more experience and they only way they’re going to do that is by playing in this sort of game. They will no doubt all be gutted after that result but they will have learnt so much and I for one hope that Klopp has the courage of his convictions and uses them again in the replay. 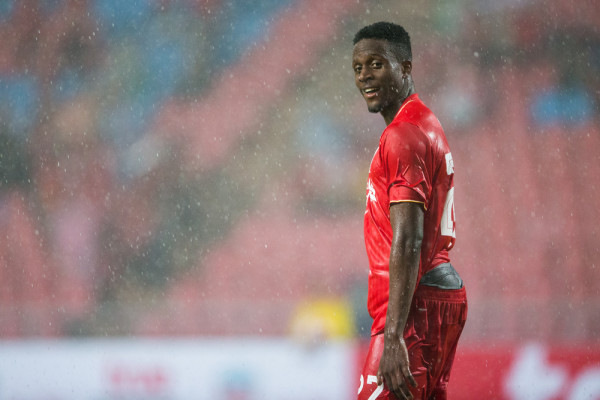 The younger lads are all in the squad to compliment the first-team, not replace them. At least not yet. Some sections of the Liverpool fanbase would prefer to see Divock Origi start games than Daniel Sturridge, yet he consistently shows that he’s still young and developing. He proved today that he lacks the cutting edge that his fellow attacker offers and that is the sort of thing that will come with game time. Sturridge is rightly ahead of him in the pecking order just as Jordan Henderson is ahead of Kevin Stewart.

Useful these games. You can tell who needs to be shown the door without sentiment clouding your decisions. Moreno etc are just in the way.

Personally I was a lot more disappointed in the senior players than I was in the younger ones. Alberto Moreno has not made the sort of brainless decisions lately that plagued his Liverpool career in the past, yet he is still not good enough to be a first-choice player for the club. James Milner has been impressive at left-back but the Spaniard’s performance today was unspectacular, justifying the German manager’s decision to consistently select a converted midfielder in the slot rather than a specialist in the position.

Too often the team was guilty of playing brainless football. Talking of being disappointed in the senior players, Lucas Leiva once again showed us why he has not been able to claim a regular starting berth under Klopp. His choice to thunder in a shot from fully thirty yards when there were two minutes left of added time and he’s scored one goal in 233 appearances for us just about summed up our decision making for the day.

Lucas lashing it into the back of the Kop from 40 yards perfectly sums up this game.

It’s one thing for the kids to lack invention and be a little bit naive in the final third, but it’s quite another for the older players to have no real ideas about how to break through a packed defence. Lots of Liverpool fans love Emre Can and he’s certainly a player who looks like he’s got plenty of potential. He turns twenty-three in a few days and so can still be considered to be young, yet he’s enjoyed more first-team appearances than most of the rest of the team put together, excusing Lucas. He really should, therefore, have displayed more intelligence when on the ball. 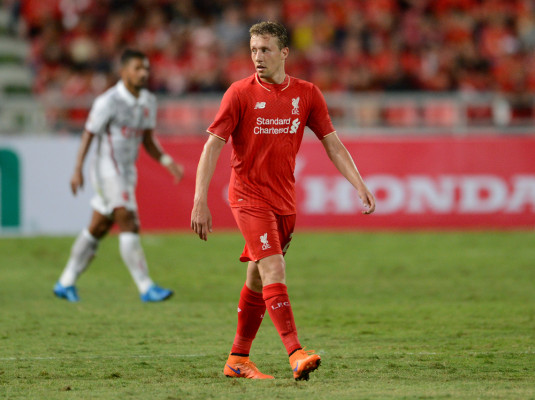 Similarly Kevin Stewart is twenty-three but has made enough Liverpool appearances to be considered an older head compared to the rest of today’s team. He scored a stunning goal at Melwood recently that gained quite a bit of interest on social media, yet someone really should have told him not to shoot every single time he had the ball on the edge of the area. It’s frustrating enough when Philippe Coutinho does it and he’s a phenomenal player who has scored some absolute blinders during his career.

25% of LFC shots have been taken from outside the area by Kevin Stewart, all of which failed to hit the target

That a quarter of all of our shots were taken by Stewart and that not one of them hit the target should have meant that he was hauled off and told to sit on the naughty step. He wasn’t the only player making stupid decisions, though. It may be patronising to suggest that lower league teams are more agricultural, but it’s fair to say that they won’t have been bothered by our decision to lash balls into the box and make the same runs over and over and over again.

A Replay Is Not Ideal

Like it or not we didn’t do enough to make the break through against Plymouth’s defence. It means we have a trip to Home Park to come during a time of the year when we could do without such things. The game will come in between an away match against Manchester United and a home tie against Swansea City. Even if Klopp decides to go again with the younger lads he’s still likely to ask the likes of Sturridge, Firmino and Lallana to travel in case their needed, much as he did today.

Feel sorry for my eyes there mate. Easily the most boring thing they’ve seen in a while!

Time will have to be given over to training for the match. Klopp, some of the first-team and most of his backroom staff will have to make a gruelling trip down to the South of England in midweek at a point in the season when we really should be focussing on the league and nothing but the league. It’s frustrating, annoying and far from ideal. Yet the facts are that we’re currently involved in the title race, in the semi-finals of the league cup and very much involved in a title race. Some people might want to throw their toys out of the pram but we’re more than capable of having an exceptional year.