There was always likely to be a feeling of ‘after the Lord Mayor’s show’ with this one, wasn’t there? The derby was so comprehensive, so complete in its demonstration of our superiority, that both players and supporters were going to struggle to get up for the visit of Bournemouth. It was evident to me as soon as I got to my seat in the Kop and realised that none of the people I usually stand with were there. They’d obviously decided that this game wasn’t for them and that they’d be better off letting someone else have their ticket. If the supporters can’t be bothered then that sort of apathy is likely to transmit to the players pretty quickly.

Home comforts.#LFC have taken 36 points from 15 #PL games at Anfield this season

Four more than in the whole of last season. pic.twitter.com/svighO3Ufz

The narrative that Liverpool struggle against the ‘lesser’ teams is a frustrating one, not least because that’s simply not true at Anfield. We scored four past Leicester, five past Hull and six past Watford. People are panicking about this weekend’s opponents, Stoke, but we beat them 4-1 at home. Yes we’ve occasionally struggled on the road, but even that isn’t black and white when you look at our 2-1 win against Swansea and the 4-2 over Palace. Nevertheless, narratives can be influential and it’s definitely fair to say that we need to win our next two games to get a monkey off our back. So what were the take-home points from last night?

Whichever you look at it, Jürgen Klopp has to take a huge chunk of criticism for last night’s result. When I saw the team sheet I did wonder whether he’d made a mistake in going with so many of the same players that left the field battered and bruised after the derby, but we aren’t exactly blessed with options and if the manager had made too many changes and we’d lost he’d have been criticised for that, too. Yet the reality is that his decision to replace Philippe Coutinho with Joel Matip was an odd one at the time and looks even worse in retrospect.

Switching to 5 at the back to sit deep and invite pressure when we were dominating and in total control. We don’t know how to park a bus.

When I saw Matip come on I watched to see what would happen. Were we switching to five at the back? Was Milner going to push forward? Was this one of those times when the manager makes a change that seems to change the team shape but then makes another one five minutes late to restore order? In the end it definitely seemed like five at the back, but it didn’t seem as though the players really understood what was being asked of them. They didn’t seem to know where they were supposed to be playing or how they were supposed to make it work. When you haven’t played with a back five all season, it seems bizarre to choose to do so in a game where you can’t tell your players how you want them to line up. 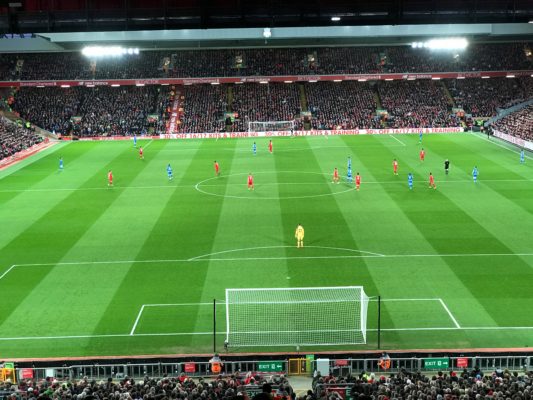 I can completely understand the manager not wanting to throw Daniel Sturridge in considering how long he’s been out for and that there was still half an hour to go, but what of Trent Alexander-Arnold? Klopp has demonstrated that he’s got trust in the player on numerous occasions and he played really well in the derby. Would it not have made more sense to put him on for Coutinho and try to maintain the shape that had been causing the Cherries such problems? They weren’t threatening our goal at all before the substitution and we were creating plenty of chances, yet after the Brazilian went off that all changed and we invited the pressure.

We have not been able to defend sufficiently well all season long. Yes we’re excellent on the counter when the right players are on the pitch, but to sit back and defend is not something we’ve been particularly good at at any point under Klopp’s management. That was hardly likely to change with players seemingly not knowing what their jobs are, so it’s a decision I can’t get my head around. For the manager to then not make another change when it was clear that we’d surrendered the initiative was also problematic. The German in the dugout has many talents, but getting his substitutions right is increasingly seeming like it’s not one of them.

I’ve been critical of Divock Origi at times this season. Even when he was scoring goals he didn’t offer enough to the team to mean that I wanted to see him start games. He seemed to be shorn of that confidence and arrogance that made him such a hit with the Kop last season. He was no longer the player that scored crucial goals in games against the likes of Borussia Dortmund and was instead more like the person named in the worst XI of Ligue 1 for the 2014-2015 season by L’Equipe.

It’s difficult to get away from the idea that the injury he sustained at the hands of a thug in last year’s Merseyside derby took away his confidence. He’s been out of form for much of this season, playing within himself and struggling to get firing. It seems appropriate, therefore, that the goal in the derby at the weekend might be the moment that turns his season around. He was back to being that strong, fired up player again last night. His goal was brilliantly taken and he was a part of plenty of our best attacking play. He used his strength to hold off Bournemouth’s defenders and might well have won a few free-kicks if he’d have received a bit more protection from the referee.

His game isn’t perfect by a long shot. He needs to learn when to hold onto the ball and when to release it, for example. He could also do with practicing his passing, as there were a few times last night when a break was very much on but for an overhit pass from the young Belgian. That will come with time, however, and he’s proven with his performances over the last couple of games that he’s keen to improve and knows what he needs to do. He is still a good squad player and if we can get into the top four then you have feel that they’ll be a number of games for him next year, whether in the league or in cup competition.

Not the result we wanted in the end but important to now stay positive and focus for Saturday💪🏾 We go again 🔴 #YNWA #LFC #DO27 pic.twitter.com/KWzf7sVlLn

As I say, I’ve been a critic of his at times as I felt he wasn’t learning or being a good teammate to his peers. He’s still young, however, and experience is a key characteristic for any player of his age. With every game he plays he’s learning more and he’s proving me wrong. I’m all for that. There’s nothing I want more than for players to prove me wrong. I know that’s not something people say very often, but if I could be wrong about every Liverpool player I’m unsure of then it means that the club is doing well and that matters far more than me being right on the internet.

A Quick Word About Hillsborough

Last night’s match was the closest home game to the fifteenth of April. Accordingly, I took myself off to the memorial before kick-off to have a bit a reflection and a few moments of quite contemplation. I was somewhat put out when I got there by the number of people stood around taking photographs, though I can understand it to some extent. However one couple asked someone to take a photo of them together in front of the memorial and stood there smiling broadly. They acted as if they were stood with the Grand Canyon or Big Ben behind them, big goofy smiles and all. I found it incredibly distasteful.

To make matters worse, someone confronted them about it afterwards and asked why they were smiling, saying, “That’s a relative of mine whose name is on that list”. The tourists denied they were smiling and when the relative walked off they gave each other a sort of ‘What was that about?’ look. It’s brilliant that so many people want to visit the memorial and pay their respects, but it’s crucial that everyone remembers why it’s there. It is to commemorate the lives of 96 innocent men, women and children who went to a football match and never came home. It to remind is that not everyone is so fortunate as to leave a game and fume over the result and whether the manager made the right decision. It is not, and never should be, a tourist attraction.

I also found it problematic that people were using the pieces of paper laid out for the mosaic to make paper airplanes, or to bunch up into a ball and throw at other people in the crowd. I saw exactly the same sort of thing happening with the paper from the Ronnie Moran mosaic before the derby and I have to admit to finding it all a bit tasteless. I’m not suggesting that everyone should have taken them home or anything, but to rip up a piece of paper that is supposed to be representative of a commemoration isn’t how I would have approached things. We must never, ever forget the 96. You’ll Never Walk Alone.