Wether it be the 1-0 loss to Southampton at St. Mary’s or the 1-0 win over Plymouth Argyle at Home Park, it’s been clear recently that the cups aren’t a priority. The league has been and should have been our main focus. The players seemed to have one eye on the visit of Swansea during the break for the cup games and the manager’s team selection for our FA Cup match made clear which game he thought was the most important to win.

Having lost 4-0 at home to Arsenal and being rooted firmly to the bottom of the Premier League, the question wasn’t whether or not we’d beat Swansea, it was about how many goals we’d be able to score against them. Earlier in the season we’d been despatching such teams with ease, hitting the defending champions for four, knocking six past Watford and even picking up a routine 2-0 win at home to David Moyes’ Sunderland. After a bit of a shaky spell, giving a team a good spanking would get our season back on track. So where did it all go wrong?

The Manager Got The Team Wrong

I love Jürgen Klopp. I think he’s been a breath of fresh air for the Premier League and a exactly the right manager for Liverpool Football Club. I’ve written before about why I think we will win the title at some point under the German’s leadership and I stand by that. None of the above means that he is perpetually immune from criticism, however. If he gets something wrong then it’s important to hold him to account. Now more than ever we need to hold our leaders to account, but that’s a separate matter for a different type of article…

Playing Can against Swansea

I’ve expressed my opinion on Emre Can before so I’m not going to go over old ground here. One thing I will say is that I don’t think he’s good enough for Liverpool’s midfield in games when we should be dominating the opposition. There’s clearly talent in there, that can’t be denied. He was excellent against Manchester United at Old Trafford, for example. The issue is that he’s too slow and ponderous in matches against weaker teams when we need to turn the ball over quickly in order to get them out of their shape and give our strikers some options.

At home, against the team that’s bottom of the league and has been conceding goals for fun, there’s simply no need for a starting XI to contain Jordan Henderson, Gini Wijnaldum and Emre Can. They are three players that Klopp has turned into having a defensive frame of mind and by including them all against a team that showed no real desire to attack the manager limited our options in the final third. The fact that Swansea cut us open so easily in the second-half also goes to show that they’re not even doing their job defensively.

Lallana back in midfield & Sturridge in the front 3 please? Can, Hendo & Gini in midfield… one too many players that aren’t attacking enough

By refusing to start either Daniel Sturridge or Divock Origi out on the right Jürgen Klopp also took away one of our most powerful tools from earlier in the season – Adam Lallana in midfield. The former Southampton man has been a revelation since the manager dropped him deeper into midfield; seeing the game develop in front of him has allowed him to pick his passes and also arrive late into the attack and cause defences all sorts of problems. By putting him into the front three Klopp has not only weakened the midfield but he’s also failed to strengthen the attack as Lallana isn’t as good there.

Another way in which the manager has failed to impress is his transfer strategy. I understand that he wants to develop the kids and I think it’s admirable. I want him to do it too, believing that manager’s like José Mourinho who buy league titles don’t have the longevity of people like Klopp. I also get the notion that short-term fixes don’t help anyone. He brought Steven Caulker in as a short-term fix to our defensive issues last season but ended up playing him as an auxiliary striker, after all.

Got ourselves into a fantastic position over the first half of the season. No idea why we haven’t used January to strengthen and kick on.

Yet how would bringing in another winger right now limit nineteen-year-old Sheyi Ojo’s chances? The manager isn’t using him in important games and the winger we bring in could be here for four years and Ojo would only be twenty-three. The same is true of the likes of Ben Woodburn, Harry Wilson and Ovie Ejaria. These kids aren’t there yet and need time to develop; bringing someone in for a couple of years would not in any way block their path to the first-team.

The extend to which we’ve been reliant on Sadio Mané so far this season has been plain for all to see. Whilst he is an excellent player, we’re seeing a better player than we thought we were getting thanks to the way that Klopp has helped him to develop his game. It’s his pace that’s been causing opposition teams problems and it’s also what makes him so different from pretty much everyone else we’ve got in our side. We’ve known that he would be leaving us to go the African Cup of Nations since before we signed him, so when it became clear that he was crucial to how we play why didn’t we begin looking for replacements?

We haven’t won a league game without Mane. Just throwing that out there.

There are thousands of footballers out there and Liverpool Football Club have got a huge scouting department whose job is to know all about them. The idea that we looked at Christian Pulisic but when Borussia Dortmund said we couldn’t have him we had no other ideas is laughable. You can talk about squad balance, too, but it’s not an argument I buy into. Having another pacy winger would allow us to rotate him with Mané or to push Philippe Coutinho into the middle or to rest Roberto Firmino every now and then or any one of numerous different options. Instead it’s a matter of being stuck with what we’ve got and that’s it. Our transfer policy has been negligent and now we’re suffering the consequences.

In 2013-2014 Liverpool played the best attacking football in the country. We took teams apart for fun, playing swashbuckling football that was thrilling to watch. We could outscore anyone, producing brilliant performances such as our 6-3 win over Cardiff City in South Wales. The problem was that our defence leaked more goals that ever before, conceding more than fifty even whilst we were scoring over one hundred goals for the first time in years.

Brutal truth for this swashbuckling #LFC side: you can’t keep leaking goals like that and expect to win title pic.twitter.com/dhYc3qOVD7

Jürgen Klopp appears to have no idea that that season ever happened. Despite the fact that our defence has been vulnerable time and again this season, nothing convincing has been done about it. Dejan Lovren can look superb at times, but at others he’s all over the show. Ragnar Klavan was superb against Manchester City on New Years Eve but has looked shaky for the last few games. The manager will rightly point to the FIFA-based farce over the Joel Matip situation, but even with him back in the side the players that will line-up next to him aren’t good enough.\ 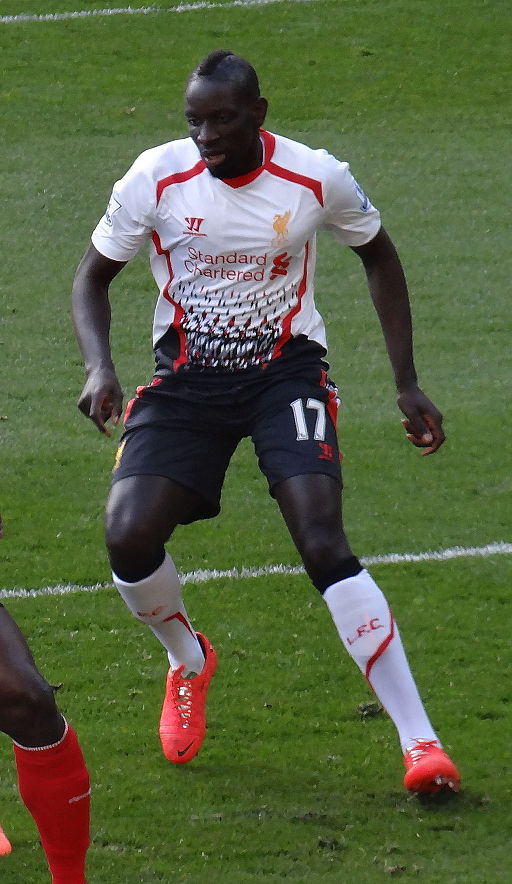 I completely agree with the manager’s stance over Mamadou Sakho and if he wants to bomb him out then I’m behind that decision. The problem is that he was one of our first-choice defenders and we haven’t replaced him. Remember that Matip was bought to add to the roster alongside Sakho and Lovren, not instead of one of them. Klavan was brought in as an experience fourth-choice centre-back after Kolo Toure was allowed to leave. It means our defence at its best is made up of a decent right-back, a first-choice central defender, someone who should be third-choice centre-back at best in Lovren and a midfielder. No wonder Swansea scored with such ease.

Let’s be honest, we had a real chance to push for the league title this year. The reason it hurts so much is that it felt like it was achievable but we’ve thrown it all away. I’m not going to say here and say that we’re still in with a shot because I don’t believe we are. I’m writing this before Chelsea’s game against Hull City but that’s a bankable three points and they’ll be ten points clear of us by the end of today.

Liverpool have only had more points at this point of a PL season once.
So why do I feel sick?! It’s bloody hope isn’t it?! Over and out.

Yet there are still sixteen games left. That’s a possible 48 points. There’s nothing to suggest in our recent performances that we can win all of them, but let’s say for argument’s sake that we won twelve of them. That would be 36 points to be added to our current 45 and would put us on 81. Titles have been won with less. Chuck in a few draws in there and we may well be in the mix still. It’s understandable that supporters have lost faith after yesterday and think that it’s another year to wait before the possibility of seeing Liverpool win the Premier League, but we absolutely cannot give up until it’s mathematically impossible to do it. Chelsea can’t be allowed a parade to the title, so we must fight on until the end.