The Reds needed this. Not only the result, but the opposition. It’s frankly ludicrous just how difficult it is to understand this Liverpool team. Give us your ‘weaker’ opposition such as Swansea City, Bournemouth or Wolverhampton Wanderers and they’re seemingly lost. Put them in front of Chelsea, Manchester United or Arsenal and they know exactly what to do to get a result. There’s no word for it other than ‘bizarre’. Is it complacency? Is it an assumption that the lower teams will lose simply because we’re Liverpool and they’re not? It’s difficult to say. One thing’s for certain, though, I’m more worried about our upcoming game against Burnley than I am our trip to The Etihad.

1st game Arsene Wenger managed at Anfield was in 1996, an incredible 21 years ago. #LFC won 4-2 with Ian Wright and @Robbie9Fowler scoring 2

Before we even kicked a ball against Leicester City there were the jokes about us losing to them then going on to beat Arsenal. To an extent that’s because of the way we’ve been performing against teams from different ends of the table, but it’s also about how Arsenal tend to perform against the better teams. It’s almost as if we’re polar opposites; Liverpool can’t beat the ‘lesser’ sides but they’re the only ones that the Gunners can beat. We knew they’d come to Anfield and go toe-to-toe with us and that was exactly what we wanted them to do. So how did it all pan out? What were the talking points from our 3-1 win?

When We Play Well We Play *Really* Well

Jürgen Klopp’s set-up and style of play mean that his team can’t have off days. The nature of his geggenpressing type of football is such that his sides can’t carry under-performing players. We saw against Leicester on Monday night what happens when players drop even a couple of percent from what they normally give. If they’re not absolutely on it then the team can’t do what the manager expects from them and disappointing results follow. The flip side of that, of course, is that when things do work then we can look like a force to be reckoned with. Our form since the turn of the year might have left people disappointed, but they way we were before then end of 2016 was precisely why we were thought of as title contenders.

Heading out of Anfield feeling a mixture of joy, exhilaration & frustration – why on earth did Liverpool not play like that on Monday?!

A big question is how much of it should be put on the manager’s head and how much of it is down to the players. I actually felt a bit sorry for Arsene Wenger yesterday. Liverpool’s weaknesses have been well documented, so it made sense for the Frenchman to try and set his team up in quite a compact manner. Olivier Giroud has a good goal scoring record against us and is exactly the sort of player that we’ve struggled to cope with in recent weeks. Had Wenger not opted for keeping things tight and playing it up to the big man then surely people would have asked why not. Admittedly I’m surprised that he couldn’t find room for Alexis Sanchez, especially as the forward caused us all sorts of problems when he came on in the second-half. 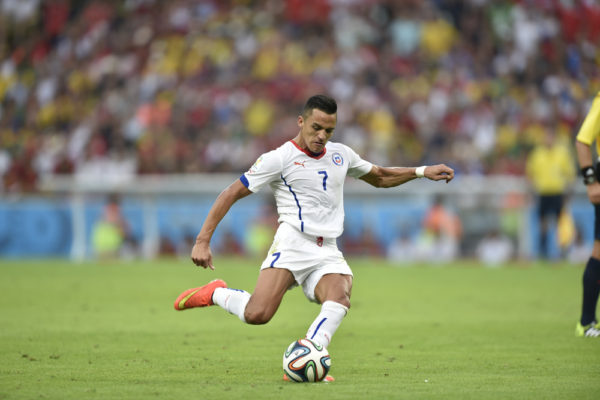 I mention that because Wenger compromised how he normally asks his team to play in order to try and target our weaknesses, but Klopp didn’t compromise how he sets up his side when we went to the King Power Stadium and was criticised for it. Did we lose to Leicester because Klopp set the team up badly, or because the players under-performed? It’s probably a little bit of both. Yet there’s no question that a number of the side played significantly better against Arsenal than they did against the Foxes earlier in the week. Emre Can is a perfect example of that. I have never been a fan of the German midfielder, but I thought he was excellent yesterday. He was strong in possession, good on the ball and took the tactical yellow when necessary.

Comfortably the yellow of the season from Emre, that ✊️

It was also interesting to see the difference between Adam Lallana’s performance in the Midlands compared to at Anfield. Much like Roberto Firmino, nothing that either of them tried against Leicester came off. They appeared leggy, tired and out of ideas. Against Arsenal, on the other hand, Firmino was always dangerous in the first-half and Lallana was brilliant throughout. His play for the third in injury time was exceptional, from the control and the turn to the vision to see Divock Origi’s run and the delivery to get the ball to him. Philippe Coutinho and his Brazlian compatriot Firmino may take all of the headlines, but Lallana has been our player of the season in my opinion.

There’s been plenty of talk this week about how much money we’ll have available to spend in the summer and of the players that the manager wants to try to sign. Perhaps that was a natural reaction to the Leicester result. Maybe it was just because these were the reverse fixtures from the first day of the season, so how far we’ve come during the year is naturally at the forefront of everyone’s mind. Regardless of the reason, it was impossible not to notice the difference in quality between our squad and Arsenal’s when the teams were announced. The Arsenal starting XI wasn’t poor, but to be able to bring on Sanchez, Theo Walcott and Lucas Perez whilst leaving Aaron Ramsey on the bench were nice options for Wenger to have.

This kind of sums up Liverpool’s issue to me: two or three players look like they’re running on fumes now, but so few options on the bench.

Jürgen Klopp, on the other hand, would have turned around to see an out-of-form Divock Origi and an inexperienced Ben Woodburn as the only options he hand to mix things up at the front, should Arsenal have been able to draw level. Those lack of options are worrying. Yes Daniel Sturridge and Jordan Henderson were absent, but Sturridge’s time at the club is coming to an end and if Henderson had been fit then he’d have started at the expense of Emre Can, leaving the German as another underwhelming option from the bench. I was crying out for Firmino to be taken off during the second-half. His decision to go down easily on the attack led to Arsenal’s opener, with several misplaced passes given them opportunities to equalise.

The problem is that there was no one to replace him. Likewise when Sadio Mané looked dead on his feet, the manager didn’t have anyone he could bring on that could do a similar job. The good news is that Klopp’s got more right than he’s got wrong on the transfer front since he arrived last October. Joel Matip and Ragnar Klavan have had their moments this season, but they’ve looked like decent players more often than they’ve looked like liabilities. Mané has been a revelation, whilst Gini Wijnaldum showed again against Arsenal precisely why the manager decided to spend £25 million on him in the summer. He was my Man Of The Match and has been several times recently. He ran the midfield and the energy he put in to getting on the end of Origi’s cross for our third was incredible considering how late in the game it was.

That was remarkably good by Adam Lallana.

The form we displayed in January and February was worrying, there’s no point suggesting otherwise. Two wins in twelve games before yesterday is awful for a team of our stature and with such a talented manager. What we can’t do, though, is allow that form to let us think that the entire squad is full of mediocre players. We need get more depth, that’s unquestionable. We also need to strengthen in key areas. If you have me carte blanche I’d also be keen to sign a match winner who could do for us what Harry Kane does for Spurs, Zlatan Ibrahimovic does for United and Romelu Lukaku does for Everton. Games like this against the Gunners should remind us that we’ve got a decent base to work from, which is no bad place to be.

No matter how good the result against Arsenal was, it’s currently impossible to ignore the Jekyll & Hyde nature of this team. The win against Spurs was excellent, yet it was followed with arguably our worst performance of the season when we traveled to Leicester. It would hardly be the most surprising thing in the world if we went on to lose to Burnley next Sunday. If we’re honest, this is probably the best way around for things to be. Getting results against the top teams is normally the hard bit, with the winner of the mini-league more often than not going on to win the league itself. If Klopp can get his head around how to flat-track bully the lesser sides then we’ll be in a brilliant situation moving forward.

Liverpool’s dominance in the top six mini-league is incredible🙌@Squawka pic.twitter.com/97GZtO0M34

It’s absolutely worth remembering that this is Jürgen Klopp’s first full season. Don’t get me wrong, he was around for long enough during the last campaign to learn lessons that he perhaps should have responded to this time around, but there’s a huge difference between a 30 game season and a 38 game one. He’ll have seen what a difference the above mentioned match winners have made at some of our rivals and he’ll no doubt be coming up with plans to ensure we’ve got one of our own for next season. He’ll also be making a note about which players he can depend on in a crisis and who has let him down when he’s needed them the most. As Joe Fagan used to tell his scouts, it’s easy to play for Liverpool when we’re 3-0 up. Who can he turn to when the going gets tough?