I’ve found myself wondering recently about why it is that we’re all so desperate to form instant opinions. I wrote last week about Naby Keita and the manner in which some people were desperate to declare him to be a success before he’d really had a chance to settle in England. I could just as easily have written about Fabinho and the way his slow start in the Premier League was being painted as a sign that he was obviously a ‘flop’. Now, with twelve games to go, there are plenty of people who think that Keita isn’t good enough and just as many who feel as though Fabinho is the best midfielder ever to play the game. In football as in politics, any sense of nuance has been abandoned in favour of forthright opinions that can be made to look foolish in the space of a week. If you want an even more obvious example of how opinions can switch in football then you perhaps need to look no further than the case of Gini Wijnaldum.

It really wasn’t long ago that one of the key things people would say about the Dutchman was that he was ‘invisible’ far too often. The lack of away goal on his list of credits meant that any performance not at Anfield was met with statements that he didn’t offer anything on the road, in spite of how he actually performed during the match in question. Now, though, he’s considered by many to be one of the most important names on the teem sheet for the manager and his absence from the lineup in the game against West Ham was widely acknowledged to be part of the reason we struggled to maintain any sort of control in the game. Serge Gnabry, meanwhile, has stated that he believes Wijnaldum is Liverpool’s most important player ahead of our game against Bayern Munich in the Champions League. With a massive week ahead of us in both Europe and the Premier League, the Dutchman is likely to be more influential than ever before, so perhaps the lack of nuance in conversations about him and other players will finally stop.

European Progress Not As Crucial As Last Season

Last season, with no FA Cup, League Cup or title to be gunning for, all of Liverpool’s eggs were very specifically put into the Champions League basket. Our progress in Europe’s elite competition gave the supporters something to sing about, the players a stage to perform on and the manager the chance to continue his excellent record in the knock-out rounds of the competition. The fact that it was all we had to play for perhaps put a little bit more pressure on success that would be considered ideal, with the eventual loss to Real Madrid in the final feeling like a hammer-blow to our happiness. Yet at the same time it was also the catalyst for everything that’s taken place in the Premier League this season, with belief coursing through the veins of everyone associated with the football club that we have the ability to do something special right from the word ‘go’.

Jordan Henderson says the memories of Liverpool’s thrilling journey to Kiev will inspire their push for Champions League glory this time around.

“We can take a lot from it, a lot of confidence from that run to the final.”https://t.co/vrRVM4Dcjj

Whilst some might not like to admit it, the reality is that the Champions League doesn’t matter quite as much this season. It would be brilliant if we could go deep into the competition once again, but not at the expense of our league form in the final twelve matches. Last time out the manager clearly and understandably made Europe his priority, but that resulted in dropped points that we simply can’t afford this time around if we’re to have any hope of finally ending our long wait for another top-flight title. The Bayern Munich game on Tuesday night is therefore obviously of massive importance, but it’s not quite as important as it would be in another year when it’s all we had to play for. I don’t expect that to be reflected in the stands or the attitude of the players, of course, yet it’s true that I’m not as bothered as I would’ve been in seasons past.

The reason for my general antipathy towards our Champions League showdown is that the game against Manchester United might be our most important trip to Old Trafford for a decade. It’s always spicy when we face our fiercest rivals and you don’t need much to convince Reds and Red Devils alike that it’s a match worth winning, but this one feels as though it’s got even more riding on it than usual. This is a real test of Jürgen Klopp’s men for the run-in, coming off the back of a tricky period for us. The disappointing results against the Hammers and Leicester City were masked by out dismissal of Eddie Howe’s Bournemouth, but the truth is that if the manager could pick any side in the Premier League to pay if his life depended on the result then the likelihood is that he’d choose the Cherries.

Manchester United might not be the force of old, but Ole Gunnar Solskjaer has them playing decent stuff and full of confidence. With rumours that the Norwegian manager is getting help from Alex Ferguson, it would be stupid to assume that it’s basically a gimme simply because he’s inexperienced and didn’t do very well during his time at Cardiff. Make no mistake, this is a real test of our title credentials. Our record at Old Trafford over the past decade has looked like this:

Out of a possible twenty-seven points we’ve left Manchester with eight, which is a really disappointing return, especially considering they’ve taken twelve points away from Anfield during the same period. If we seriously have hopes of winning the Premier League title this season then victory in next weekend’s game could be crucial to that. The good news is that the last two times we’ve won there were in 2009 and 2014, which also happen to be the last two campaigns when we were going for the biggest prize of all.

Next month it’s a decade since the 4-1 at Old Trafford. Since then, Liverpool have never scored more than once in open play there in a game. Horrendous record of late.

This is a chance for Klopp’s men to show that they’ve got plenty left in the tank for the final run of games and have the ability to take the fight to Manchester City. We can neither expect nor hope for favours from anyone else and are in a decent position to not need them, either. The recent break to Marbella should have the lads fit and firing, ready to keep pushing until there’s nothing left to push for. Wins against United have been in far too short supply for years now, making this one of the biggest games we’ve got left. Chelsea and Spurs will present their own challenges, yet it’s Old Trafford that has been a bridge too far for us on too many occasions. It’s time to put that to bed and set ourselves up nicely for the run-in.

Klopp Will Want To Win Both

It’s all well and good me saying that the Reds should be prioritising the Premier League, but that’s not how Jürgen Klopp will be thinking about things. The German will look at his squad, look at the way the Champions League is shaping up and believe that they have the ability to win both competitions. The risk, of course, is that we end up being too thinly spread as we get towards the business end of the campaign and fall short in both. That isn’t exactly out of the realms of the possible, especially when you consider the state of our defence. It looks as though we’ll be heading into the Bayern Munich game with a defensive midfielder who players right-back for his country as one of our centre-backs, whilst the other will be a player who has looked distinctly average pretty much ever since he arrived at the club. Virgil van Dijk’s suspension has left us short, but the options aren’t great there even if he could play.

Henderson: “We have a good enough squad to be able to go and challenge in both competitions. And hopefully at end of season we can say we are champions of at least one if not both.” #LFC

Up front we’ve got one of the best attacks in the top-flight, but the team that match us on that front are the side we’re rivalling for the title. Our midfield is where our options are the best, but too often lately one or another of our players has had to be used elsewhere on the pitch in order to cover for illness or injury. It’s why I’m concerned about the idea of going too far in the Champions League and if you gave me a choice right now between us and Manchester City making it to the competition’s final then I’d rather see the Citzyzens there. I know not everyone will agree with my logic, but the more games that Guardiola’s men have to play the more chance we have of pipping them to the title. Yes they’ve got an amazing squad, but fatigue makes a difference even to the very best of players and teams. Give them all the games as far as I’m concerned, though obviously I’d prefer them not to win. 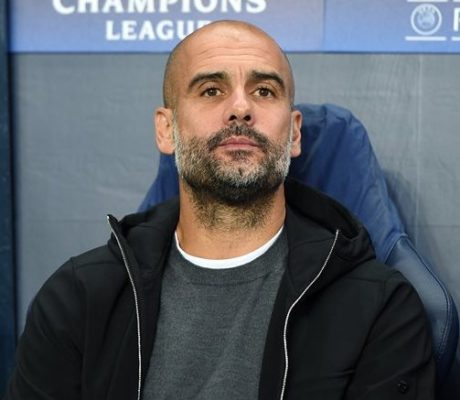 That being said, though, if we were to make it to the final of Europe’s premier competition would it make a huge difference? We currently have fourteen games left to play before our season runs its course, presuming that Bayern knock us out of the Champions League. If they don’t and we go all the way then that would mean two more games in the quarter-finals, two for the semi-final stage and the final. Nineteen possible games left to play. Is that too many for our squad to cope with? You have to assume that Dejan Lovren will be fit enough to play again at some point this season, with Alex Oxlade-Chamberlain and Rhian Brewster also training with the first-team squad of late. Bring Joe Gomez back into the mix and you’ve suddenly got a squad that looks like it could cope with a couple of injuries and not be too badly hit.

Alex Oxlade Chamberlain goes straight into the starting 11 when fully fit. Never seen anyone go past Fernandinho so easily. The guy has everything.

That does make some huge assumptions, of course. The reality is that, however confident the manager might be about what Rhian Brewster can add to the side, he’s untested at the top level. There’s also the fact that Oxlade-Chamberlain has been out for about a year, so there’s no way of knowing what state he’ll be in when he comes back. Might the injuries to the pair have taken their toll? Only time will tell on that front. Right now we’re staring down the barrel of history and it could go one of several ways. We could win the league, we could win the Champions League, we could win both or we could fall short in the pair of of them. It’s entirely fair to say, then, that this is a massive week for Liverpool Football Club.