Home
>
Analysis
>
Liverpool Football Club In January: Where Did It All Go Wrong?

Let’s be honest, wherever we go from here will feel like a bit of an anti-climax. When the champagne corks popped at midnight to herald in 2017 our win over Manchester City was still fresh in most people’s minds. The cheers of Anfield had barely faded away and anything seemed possible, with the league leaders Chelsea just six points ahead of us and having to come to our place before the race was run. We were the top scorers in the Premier League and had spent the first half of the season playing some of the best football in the division. 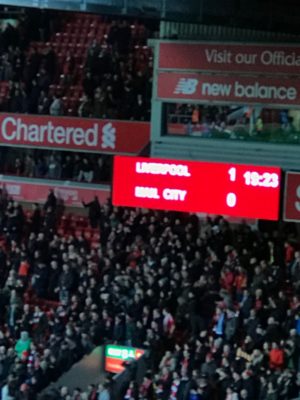 To say that 2017 hasn’t started that well so far is as much of an understatement as saying that Donald Trump quite likes Twitter. January has been about as close to a disastrous month as it’s been possible to get and if things don’t turn around pretty quickly then it’s easy to see some supporters getting a bit twitchy. Out of both cups and with no chance of winning the league, fans are starting to once again ask questions of the owners and some are even calling radio phone-ins to ask for the manager to be sacked. How did we get here? Where did it all go wrong? They’re the questions that must be answered in order to make sense of our season.

How Did We Get Here?

Football fans love seeing life as binary. Win or lose. Get a trophy or don’t. Success or failure. However the reality is that the game is much more of a grey area than that. Saying ‘our players aren’t good enough’ is fine, but no one was saying that when we went top earlier in the season, nor when we beat Chelsea 2-1 at Stamford Bridge or put four past Arsenal. Binary thinking means that when things are going well you think everything’s amazing and when they start to go badly then it’s because everything is terrible. If you think like that then you’ll be forever disappointed if the targets you’ve set in your head aren’t met.

When looking at what’s gone wrong with a season it’s important to consider various nuances. Here’s a look at what I think we need to bear in mind when looking back at Liverpool’s ‘collapse’.

It Hasn’t Been That Bad

It’s easy to look on what’s happened in January as a complete and utter capitulation. You can say that our league form has dropped off so dramatically that the entire enterprise has been a waste of time. Neither of those things would be true, though. As things currently stand we have played 24 league games. After the same number of matches in the entire history of the Premier League we’ve only had more points twice. We’ve had the same number of points just once. Now it would be entirely fair to say that that is a reflection of how much we’ve under-achieved in the Premier League era, but it’s also the case that we’ve perhaps overachieved so far this season.

It’s also worth pointing out that Arsenal, Tottenham and ourselves are having better campaigns at this point in time than in the majority of Premier League era seasons. We’re all going great guns and the only reason we’re not still in a title race is that Chelsea are playing at almost unprecedented levels. They are tearing through the league, losing just three games and only drawn two. That means that out of a possible 72 points they’ve dropped a mere 13. They’re on course for a 93 point season if they continue at the same rate. When we look back on our season we can’t let that sort of record breaking scoring taint what we think of our own season.

Whichever way you look at it, Liverpool have been unfortunate when it comes to the list of players that missed large chunks of this season. Unlucky not just because of which players were absent but also the timing of their absences, with many of the most important cogs of the Jürgen Klopp machine missing at the same time. The German is a manager who likes his team to add up to more than the sum of their individual parts, but that falls down if those parts can’t make it out onto the football pitch. Jordan Henderson is pretty much the only player in the squad who can do what he does in front of the defence, for example, so when he was out with a heel problem the whole thing fell apart. 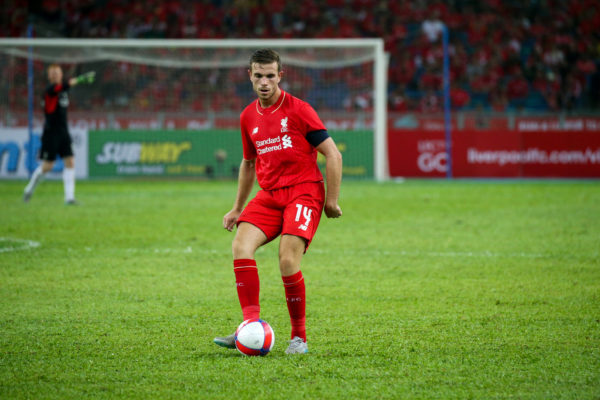 Likewise Joel Matip was brought in as a first-choice centre-back to play alongside Dejan Lovren and when the two were in the team together they looked strong. There was no way to predict that FIFA would drag their heels for so long over whether nor not Matip would be allowed to play during the African Cup of Nations, so when he was out we needed to use our third-choice centre-back. When he was out too we ended up using a defensive midfielder in the spot, which isn’t ideal. Similarly Philippe Coutinho’s absence through injury wasn’t predictable and no one could have known that Daniel Sturridge, the player most had been crying out to start any time we failed to score, would be so out of sorts when he eventually made it into the side.

The only absence that could have been predicted was that of Sadio Mané. We knew before we signed him that he’d be heading off to AFCON, so why wasn’t something done to mitigate his absence? Well, firstly virtually no Liverpool supporters heralded his arrival in the summer, instead asking why we were once again buying Southampton players. It wasn’t immediately obvious that he’d become the most important player in our team so it’s entirely understandable that the manager didn’t make a considerable effort to find an understudy. There’s also that man Sturridge I mentioned before who Klopp will have been considering turning to for January, unaware that he’d be in such poor form for the month.

”We should have bought in January then”, is the inevitable reply. To an extent I agree. The problem is that things are rarely that simple. The manager has readily admitted that we had targets in January but couldn’t bring them in. I’d love to say that the club should have just ‘done what it takes’ or ‘offered more money’, but the Financial Fair Play rules make such things extremely complicated. What if there was a player who is worth £20 million and we’d have needed to spend £50 million to get him in, should we have? What if the rules mean that if we did that we’d only be allowed to spend £60 million in the summer instead of £100 million? What if the player didn’t immediately settle? Where would we go from there? It is, as I keep pointing out, more nuanced than fans would like to admit.

I’ve already touched on this with relation to Daniel Sturridge, but form has been a crucial factor this month. It’s perfectly normal for players to lose their form for a few games or even weeks. The issue that we’ve had is that so many of our lads have lost their form at the same time. Anyone who knows anything about football was saying that Roberto Firmino is best when he’s down the middle. When you push him out wide you lose a lot of what he offers and you only need to see how well we were attacking against Swansea with him there compared to how blunt we looked when we pushed him wide to accommodate a ‘proper’ attacker to see that that’s true.

Sadly the Brazilian had his house burgled and was caught drink-driving in the same week, meaning that his head was suddenly all over the place. His form dipped as a consequence and suddenly this player who had looked killer for most of the season stopped offering the same level of quality. he was still good, just not as good as before. So now the manager’s turning to Daniel Sturridge, a player who would be considered one of the club’s best strikers of all time if his conversion rate was the only stat that mattered. Instead it’s his fitness levels that dominate conversations and his absences more relevant to how he’s viewed than his goal scoring record.

He picked up an injury just when he would have been most useful to the team and everyone said ‘here we go again’, happily ignoring the fact that he’s actually been fit and firing for the best part of eighteen months now. He came into the team but failed to score in the same unnerving manner of his past, so suddenly he’s ‘a waste of space’ and has ‘lost it’. Divock Origi, meanwhile, is playing inconsistently in a manner that isn’t exactly unheard of for a young player. When he’s on his game he looks like a world beater, but isn’t yet experience enough to know how to play like that week-in, week-out. Accordingly we have no in-form striker to turn to at a time when goals are drying up all over the pitch. Far from ideal.

James Milner genuinely looked like the best left-back in the league from August to December, yet since the turn of the year he looks like a converted midfielder playing out of position. Should Klopp have abandoned a project that appeared to be working at the first sign of trouble? Or ask a player that is full of talent and experience to keep going and play himself into form? The answer might have been easier if our other option in the position was a brainless dimwit. Adam Lallana’s form has also dipped of late, yet he was regularly up there as our player of the month for the first part of the campaign. The manager earned plaudits for moving him back into central midfield but he was an attacking midfielder originally, so was it so outrageous of Klopp to push him up to replace Mané?

This is perhaps the most crucial part of the whole problem. Much like Leicester last season, Antonio Conte hasn’t had to make too many changes to his starting XI. When you’ve got a decent team then you want to get it onto the pitch as often as possible. As I’ve already explained, Jürgen Klopp hasn’t had that option for the entire season, so he’s had to turn to his squad. The problematic thing is that his squad isn’t good enough and we’ve been seeing the weaknesses in it when we’ve had to use it.

More than a few Liverpool fans suggested that Klopp could use Sheyi Ojo when Sadio Mané went off to AFCON but the youngster’s been out injured and hasn’t looked ready. Chucking him in might well have damaged him irreparably moving forward so would it have been worth it? The major issue that Jürgen Klopp has to face up to is that the kids aren’t ready and the fringe players aren’t good enough. Lucas Leiva, Alberto Moreno, Kevin Stewart, even Emre Can. None of them are the sort of players that you’d want to turn to when the going gets tough and ask them to carry your team.

So players have been absent or out of form and the lads that have needed to come in and replace them haven’t been up to the task. That’s the reality of where things have gone wrong. The question is, what can the manager do about it and where do we go from here? I’ll have a look at that next week…