A few weeks ago I wrote a piece about Liverpool’s transfer activity to date. In it I made the point that there was still a fair amount that Jürgen Klopp has to learn before he can make firm decisions about the players he needs to buy. My point was that, for one thing, he’ll know who he wants to get rid of but he can’t be certain that they’ll definitely go and until that is sorted he won’t be 100% certain on his squad size or his budget.

Another thing he’ll be aware of is the emergence of talented youngsters. For all that supporters might be desperate for us to buy in huge talent like Manchester United and Chelsea are prone to do, that’s not Klopp’s way. He is all about developing the talent at his disposal. Sometimes that might involve buying a young player with real potential, such as Loris Karius, and seeing just how far he can take him. Other times that will mean working with players that are making their way through the Academy and giving them a chance to prove themselves.

Let’s be honest, pre-season friendlies aren’t exactly an indicator of what’s to come in the season in front of you when you go up against the likes of Real Madrid and Inter Milan, let alone Tranmere and Fleetwood Town. Yet what these games can give you is a sense of relationships between players, of how different members of the squad work when under pressure.

Klopp is also notorious for his vicious pre-season training methods, so the period the club is in right now will give him an idea of which players can handle it and which ones can’t. Everyone associated with Liverpool Football Club (and Manchester City and Milan etc.) knows what sort of character Mario Balotelli is. No one is expecting him to suddenly revive his career, especially under a manager who is so demanding from his players. But what if, randomly, it clicked and Mario was in first thing every morning and was the last one to leave at night? It’s never going to happen, of course, but if Balotelli suddenly ‘got it’ and proved himself to Klopp now then the German would be given an opportunity to re-assess things. 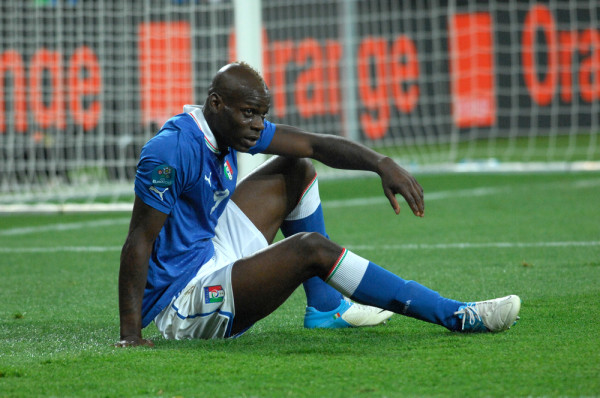 Equally, most people consider Nathaniel Clyne and James Milner to be the model professionals; remarkably fit, keen to prove themselves at every opportunity and reliable at every turn. What if Klopp’s triple sessions were too much for them? What if they decided it really isn’t for them to be arriving at Melwood at seven in the morning and doing shuttle runs? Better to know they don’t have the mentality that the German demands now rather than midway through a title challenge.

This is what pre-season is for. Klopp is learning all the time and he’ll be using his new found knowledge of the squad he’s got at his disposal to consider what to do next in the transfer market.

Learning From Fleetwood – With Caveats

It was only Fleetwood Town. It was only a pre-season friendly. It was only our second game. Not all of the first team are even back in training yet.

You can add as many caveats as you’d like to Liverpool’s performance against Fleetwood Town on Wednesday evening. There’s no point in getting over excited, so the caveats are helpful and important. But that doesn’t mean we have to ignore everything all together. We can take things from the game, learn from them and move forward with that knowledge.

Whenever people spoke about Liverpool’s transfer dealings before the pre-season games got underway, Marko Grujic was referred to as ‘one for the future’. He’s a ‘talented young player’ who ‘can come in for cup games and things’. But did his performance against Fleetwood suggest he might be a little bit more than that? He won a penalty after some lovely movement and then scored a very well-taken goal. He also hit the post towards the end of the half. 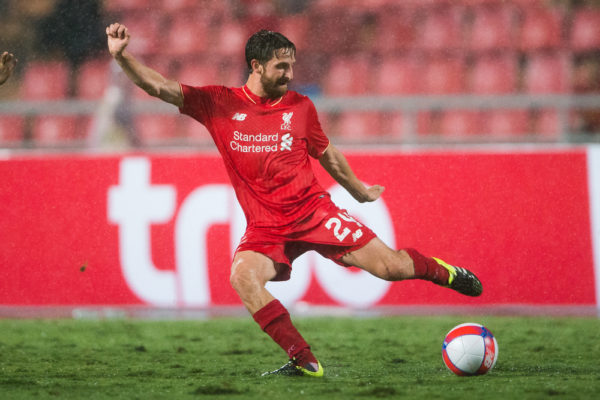 Ryan Kent used to be a slight, talented midfielder who could develop but had a lot of work to do. Now he’s looking built. These are two strong players who can offer cover and give us options in the middle of the park. Their ability and work-rate may well allow Klopp to worry less about the imminent departure of Joe Allen. Neither Kent nor Grujic are likely to start every game, but neither did the Welsh Xavi so it’s a little bit of like-for-like.

Lazar Markovic didn’t exactly set the world alight, but he showed some lovely movement and worked well with the forwards to cause Fleetwood’s defence problems. So too did Mané and Trent Alexander-Arnold. Ejaria gave the sort of inconsistent display that you’d expect from a young player, but he also delivered a pass with such perfect weight on it that it made you sit up and take notice.

Perhaps the most eye-catching performance of all was delivered by young Ben Woodburn. An unknown for those of us that don’t watch many of the Academy games, Woodburn’s goal and two assists was the debut of dreams for a sixteen-year-old. Again, it’s not exactly as though he’s ripped apart a well-drilled Chelsea defence but he’s given Klopp a wee bit to think about. Perhaps the manager was toying with looking for another attacking and the teenager has told him he only needs to look closer to home.

Let’s be clear, no one will be all that happy if our starting XI against Arsenal features all of Kent, Ejaria, Alexander-Arnold and Woodburn. If one of them was on the bench, however, would that be such a major issue? If Can, Henderson, Milner, Lucas and Coutinho are all injured at some point next season would it cause mass panic if one of those young midfielders made it on to the pitch? I’m not so sure it would. Or, more importantly, I’m not sure it would cause problems for Jürgen Klopp and it’s his opinion that matters the most.

It’s been coming for most of the summer, but finally the Reds have confirmed the departure of two more players. I’ve spoken about them at length in the past, so I’ll just give them a passing mention here for the sake of completeness.

Gone to Fenerbahce for £5.5 million. He wasn’t always the biggest problem, but he was very rarely part of the solution. Our defence will definitely be stronger without him.

The lad who spells his first name really weirdly is on his way to the South coast. When Raheem Sterling departed for Manchester City a lot of Liverpool supporters, perhaps trying to put a brave face on things, suggested that we’d be ok because we had Ibe. Sadly he just hasn’t fulfilled his potential and I for one would far rather watch the likes of Sheyi Ojo and Trent Alexander-Arnold develop their game on the pitch for us than Jordon Ibe. £15 million with a buyback clause is genuinely excellent business from Liverpool, though. If he develops into the player we all thought he could become then all power to him. Good luck, kid.

Of all the football news that’s emerged recently perhaps the most upsetting is that Joe Gomez has done his achilles. The young defender looked like a real talent before injuring his ACL last season and rumours were that Klopp was ready to turn to him with regularity in the club’s forthcoming league campaign. With Mamadou Sakho also damaging his achilles it’s no major surprise to see Liverpool are being linked with a series of defenders this week. Here’s the pick of the rumours from the gutter press:

Having said that the Reds will now be chasing a defender, most of the links from the past seven days have been for pretty much any other position. News emerged this week that former Arsenal shot-stopper Alex Manninger has been training with the Liverpool squad and that Jürgen Klopp may offer him a contract. It’s worth pointing out that he would be a third-choice ‘keeper behind Karius and Mignolet, so there’s really no need for toys to be thrown out of the pram. He’s essentially never going to play, but will be used to help them both train etc. Where’s the problem with that?

Certain names get linked with the club and then will not go away no matter what. One such name is Germany’s first-choice left back Jonas Hector. The link makes sense, of course. After all, Klopp is German and Alberto Moreno is useless, so putting two and two together sometimes give you the right answer. Reports suggest that Hector would cost £25 million, which seems excessive for a defender, to be honest. Still, stranger things have happened so we’ll probably be reporting on this one again before the summer is up.

Another name that is being linked with the club repeatedly is that of Gonzalo Higuain. The Argentine has apparently turned down an £800,000 per week move to China as he looks to resolve his Napoli future and the bookies reckon he’s heading to Anfield. Never mind that Liverpool are unlikely to pay him £80,000 per week, let alone £800,000, it just doesn’t strike me as a transfer that is going to happen. Aurelio De Laurentiis, the Napoli President, has made clear that the buying club will have to pay £79 million to trigger Higuain’s release clause. Ian Ayre has apparently offered £25 and a packet of cheese & onion crisps. We’ll see. 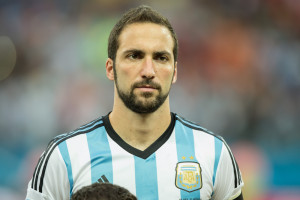 You’d think that Premier League clubs would have learned from the last Brazilian called Anderson to rock up in the UK, but apparently Liverpool are determined to ignore any lessons if they come from Old Trafford. Hence, perhaps, the links to Benfica’s forward Anderson Talisca. The 22-year-old has scored 20 goals from 76 appearances for the Portuguese club, which isn’t great when you consider how rubbish Portuguese football is. Still, he can play across the frontline and that’s Liverpool’s favourite position to stock up loads of players in so I wouldn’t exactly be gobsmacked if it happened.

I’ll finish off my transfer rumour round-up with possibly the most ridiculous suggestion of all. Julian Draxler is a top-class attacking midfielder who played well for Germany in the European Championships this summer. He is 22-years-old, Wolfsburg have said he will 100% be with them next season and Arsenal, who have Champions League football to offer, are also interested in him. He would cost about £52 million if Wolfsburg were to even consider selling him. Why on earth are Liverpool being linked with him? It’s anyone’s guess, really. I still think the Reds have got one major surprise up their sleeve this transfer window but, truth be told, this ain’t it.