Everyone remains focussed on the World Cup, especially now that we’ve entered the knockout stage of the competition. Perhaps more importantly, there’s now a massive game on Saturday that will tell us a lot about the mentality of the players. That’s right, Liverpool’s pre-season finally gets underway with our first friendly of the summer against Chester. What, did you think I meant the other thing? No, England matches aren’t for me. I don’t actively want them to lose, I’m just entirely indifferent to proceedings and find the hypocrisy of football supporters who spend most of the year saying players from a rival team are rubbish suddenly declaring them to be amazing just because they’re wearing an England kit. It doesn’t sit well with me, though I completely understand why others get right on board the Three Lions bandwagon.

My favourite in these photos is Jordan Henderson. The sense of relief having missed his penalty screams out of the image pic.twitter.com/Js4aAEEClp

I am, however, hugely excited about the possibility of seeing Naby Keita and Fabinho line-up in a Red shirt. Even just seeing the lads in training this week has been amazing, teasing us with what it’s going to be like to see them integrated into Jürgen Klopp’s side. Sure, we’re all keen for a few more signings to be made before the summer’s out, but right now Liverpool have one of the most exciting midfields in the Premier League next season. I’ve been surprised at the extent to which some people seem to genuinely believe that the likes of Keita and Fabinho have been brought in to replace players that they don’t like, such as Jordan Henderson, given that the manager clearly believes in the importance of a strong squad that can be used when needed.

We know that Henderson will get an extra couple of weeks off as soon as England exit the World Cup, so the likelihood is that he won’t be involved in the first few games of the new campaign regardless. The same will be true of Roberto Firmino, meaning that the pre-season friendlies will likely give us some information about what tactical switches and shifts the manager has got up his sleeve for the Reds this year. It’s also an opportunity for players like Adam Lallana to prove to the manager that he can still offer something next season, which must be up in the air after his injury ravaged campaign last time out. Then there’s Dominic Solanke who needs to show he can add goals to his game. It’s going to be fascinating.

“On and off the pitch last season, I think grew a lot. I tried to keep fit during the off-season and now I am very excited for the new season.” 💪@DivockOrigi is looking to seize his opportunities during #LFC‘s summer schedule 👉 https://t.co/i0Aw9Chc6U pic.twitter.com/aduJqffIJ4

Pre-season isn’t just for the manager to look at his tactical plans, of course. It’s also an opportunity for players who are unlikely to be at the club once the new campaign gets underway to put themselves in the shop window and try to bring in some suitors. Lazar Markovic, for example, will be keen to finally end his disappointing spell on Merseyside and give his career a kick-start. Divock Origi might be hoping that he can force his way into the manager’s plans but I’m not convinced that that’s likely to happen. His loan spell was underwhelming and I’m not sure that he’s tactically aware enough to know how to fit into a Klopp system. My opinion isn’t worth a jot, however, so it’ll be fun to see what the manager’s got in store.

The World Cup and the start of pre-season might be distracting us, but neither are taking away from the work being done behind the seasons by Michael Edwards and his team. Consequently the transfer links keep on coming, with the following being a look at the best ones this week:

What would you say that your frustration level is at the moment? Are you happy watching the World Cup and not too bothered about who we’re signing, believing that the deals will take care of themselves? Or are you climbing the walls annoyed that we’ve been quiet since Fabinho arrived? If it’s the latter, see if these links sate your appetite:

One of my favourite things about the World Cup is when a player is linked with a team simply because he’s had a good game. On the surface, that seems to be what’s happened with Yerry Mina and Liverpool on the back of the Colombian looking decent in the match against England on Tuesday night. LFC Twitter was ablaze with people saying that they’d like to see him in Red next season alongside Virgil van Dijk and now that we’re being linked with a move for him you’d be forgiven for thinking it all seems a little bit convenient. Yet that only tells half of the story, with reports earlier in the summer suggesting that Liverpool have been chasing him for a while and were hampered because he headed off to Russia. 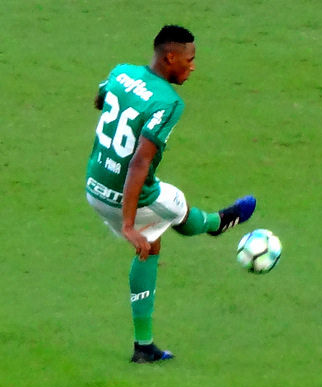 Personally I’m not sure how I feel about him, other than the fact that he’s got a dead Scouse name. I’ve literally only seen him play once and that was on Tuesday evening. However, there are now suggestions that Everton are also in the hunt for his signature so I want us to sign him more than anything. There are numerous reasons for that aside from the natural rivalry involved between us and the Blues, not least of which is the fact I genuinely think that the Ev could go down this season if things don’t fall nicely for them. Missing out on an apparently quite talented centre-back is the first thing I want to happen, then we’ll see if everything else follows.

The Daily Mirror are reporting that Liverpool and Arsenal have been given a boost in their pursuit of the signing of Gelson Martins after it was confirmed that the winger will not be leaving Sporting for Benfica this summer. He went to Russia with Portugal but is now heading home after the winners of the European Championships in 2016 were sent packing by Luis Suarez and Uruguay. The talented attacking player is one of a number of Sporting players that terminated their own contracts after the training ground was invaded by supporters and players were attacked. His agent has confirmed via Facebook that though he’s left Sporting, he definitely won’t be plying his trade for their rivals Benfica.

Martins is an exciting prospect and scored thirteen goals for Sporting last season, racking up the same number of assists. Apparently Liverpool and the Gunners aren’t the only ones tracking his situation, with Chelsea and Spurs also keeping tabs on what’s going on. One of the big questions is whether or not we need him, the answer to which might involve figuring out what’s going on with Nabil Fekir. We’re not really a team that plays with wingers, so if we’re signing Fekir as cover for the front three and a final third player then I’m not sure what use we’d have for Martins, unless the manager thinks he can convert him into a midfielder like he did with Alex Oxlade-Chamberlain.

In last week’s transfer piece I wrote about how Liverpool had secured the signature of Steven Gerrard’s cousin Bobby Duncan, despite interest from Chelsea. It seems that that move isn’t the only one that the Reds are looking pull off in terms of a youth player stolen from under the nose of one of our rivals. Goal are reporting that Jürgen Klopp has been able to steal a march on both Manchester clubs, amongst others, in persuading the Ajax youngster to leave his home of Holland in favour of life on Merseyside.

The 16-year-old right-back, who can also play at centre-back, has spent this week training at the Kirkby Academy (@LivEchoLFC)pic.twitter.com/NsWWRKyZ30

You’d be forgiven for not knowing anything about the youngster, but he’s rated very highly indeed by Ajax who were desperate to keep hold of him. In fact, the Dutch club had offered him professional terms in a bid to keep him out of the grasp of other sides, but the Reds were able to dissuade him from signing them in favour of moving to the Premier League. He’s a full-back that plays mainly on the righthand side, so he might well have seen the manner in which Trent Alexander-Arnold has made a breakthrough into the team and decided that he’d like to follow in his footsteps.

As hinted at in the intro, the next couple of weeks will likely see a number of players linked with a move away from the club on account of the fact that they’ll be playing in friendlies and reminding other teams that they’re available. There’s already been a departure this week though…

Given the number of goalkeepers Liverpool are being linked with this summer, it seems amazing that the club would allow one to leave. Then you remember that the one they’ve let go is Adam Bogdan. The most remarkable thing about his departure is that it’s only on loan, with the former Bolton goalkeeper seemingly signed on a fifteen year contract. The good news is that we will only see his name in print again next year when he’s officially departed Anfield for good, seeing as he’s now in the final year of that contract.

The talentless goalkeeper is heading North of the border to join forces with Neil Lennon’s Hibernian. It means he’ll go up against the manager who signed him in Brendan Rodgers as well as Steven Gerrard, who probably wanted to throttle him when he conceded directly from a corner during one of his few first-team appearances for the Reds. Like an ex-girlfriend that you cringe when you think about, I remember sticking up for the signing of Bogdan when he arrived on the basis that every player deserved a chance. Obviously I regret doing so and let’s never speak of it again.

Pre-season will tell us lots of things, not least of which will be whether or not the manager needs to have a re-think about his transfer targets. The rumours are still surprisingly thin on the ground.