In the week when, from Liverpool’s point of view, a rather brutal set of transfer fixtures were released; Liverpool’s old guard came up against Zinedine Zidane and a host of Real Madrid legends at the Bernabeu, only to lose the match 4-2; and England qualified for the knockout stages of the Women’s World Cup thanks to a goal from Liverpool Ladies no. 4 Fara Williams, the Reds have been linked with a whole host of players. Some of the links seem reliable enough, some seem a touch dodgy to the say the least. There’s also been another offer for one of Liverpool’s young players: bet you can’t guess who. We take a look at all of the various stories and trawl the web so that you don’t have to…

Thankfully there’s absolutely no way that the transfer saga involving the Jamaican born England international Raheem Sterling is going to be dragged out to the point that it becomes mind-numbingly tedious. So we shouldn’t worry that it will drag on all summer and can safely assume it will be settled sooner rather than later. Regardless, the big news this week was that Manchester City improved their offer for the youngster from £30 million plus add-ons to £40 million. It was an offer that Liverpool promptly rejected. City insisted that the offer was a final one and was take-it-or-leave-it. Which is odd, as surely every offer is, by the very definition of the word, one that the receiver of said offer can either take or leave?

At some point Liverpool will have to make a decision about when City are going to walk away permanently, but for the moment the Reds seem happy enough to call Sheik Mansour’s bluff. FSG want at least £50 million for Sterling, so unless City are willing to stump up the cash it seems unlikely Raheem will be going anywhere any time soon.

Srktel made it clear when he was offered a new contract recently that he found the whole thing to be derisory. It wasn’t insulting enough for him to decide to walk away from Merseyside forever, though, and the club must have come to an understanding with the player and his agent over the reported ‘pay as you play’ deal they were looking to offer him. For the simple fact is that the 30-year-old Slovakian has signed a new contract that will keep him at the club until 2018. It follows on from new contracts for younger, more prodigious talent such as Philippe Coutinho, and came on the back of Inter Milan showing keen interest in the central defender.

The Express, however, have reported that it’s all a load of nonsense, that Skrtel hasn’t signed a new contract and the story seemed to eminate from a fake Facebook profile. We’re not sure what to believe, but nothing’s been announced on the Liverpool website at the time of writing, so maybe keep your eyes peeled on this one.

We reported last week that the 18-year-old Charlton defender was a target for Liverpool and The Guardian are reporting that Gomez is expected at Melwood for a medical today before joining Liverpool in a deal worth £3.5 million. It is expected that he will be loaned out next season, so Reds fans won’t get to see him pull on the jersey any time soon. 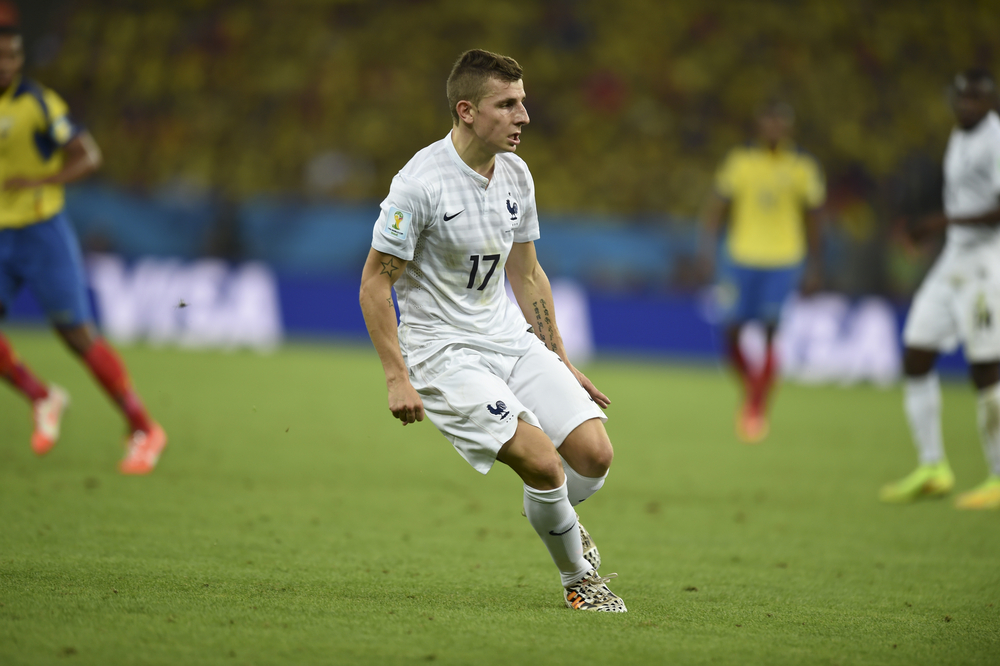 The Metro, meanwhile, reckon that Liverpool are also hoping to bring in another defender in the shape of Paris Saint-Germain’s 21-year-old left back Lucas Digne. Reports suggest the youngster would rather stay in Paris, but that his lack of time on the pitch in the French capital have forced him to consider a move away. Roma are also tracking his movements and could yet offer a more continental option than Merseyside, so there may well be another twist in the tale before this one gets resolved.

Sticking with the defence, the Liverpool Echo are saying that Nathaniel Clyne is as good as a Liverpool player. That comes on the back of the news that Clyne’s current club, Southampton, have signed a replacement in the form of Cedric Soares from Sporting Lisbon.

Clyne is keen to join Liverpool and the Reds seem to have finally met Southampton’s demands of nearly £15 million for him. Many would ask why Liverpool didn’t go for Soares instead, especially given the fact that the last defender they brought in from Southampton didn’t exactly turn out to be a rip-roaring success. Will the Merseyside club return for Soares next summer? Southampton will be hoping so. Expect an announcement of the Clyne deal imminently.

Perhaps Liverpool are resigned to lose Sterling to City after all, as The Telegraph report that the Reds are looking to bring in 20-year-old winger Lucas Ocampos from Monaco for about £14 million. The Argentine joined Monaco for £11 million in 2012 and has made 80 appearances for the French club, scoring 12 goals. He spent the second half of last season on loan at Marseille, making 12 appearances and netting just the once. Marseille want to sign him too, but the prospect of some games in the Premier League could be too much to resist for the winger. The fact that he’s a youngster full of potential means he fits FSGs profile for new players perfectly.

The Express reckons there’s a fight brewing between Chelsea, Arsenal and Liverpool for the signature of Moussa Sissoko from Newcastle. The 25-year-old has impressed in the North-East, catching the eye of some top clubs. He scored 5 goals for the Geordies last term and they would apparently be willing to accept roughly £17 million for him if he were to move on this summer. The player himself seems to prefer the idea of moving to Chelsea as he was quoted earlier this year as saying, “Mourinho is one of the best managers in the world…If one day I have the chance to work under his guidance I would be very happy”. Looks like Liverpool may indeed have a fight on their hands if they really want him.

Sky Sports have thrown a new name into the Liverpool FC transfer mix, which is always fun. Roma’s midfielder Radja Nainggolan is meant to be a target of both Manchester United and Liverpool, despite Roma’s manager Rudi Garcia being hopeful that the 27-year-old will stay in Italy. It’s likely that FSG won’t be too keen on this transfer considering that Nainggolan is part owned by Cagliari and they aren’t big fans of multi-ownership deals. The player made 30 appearances for Roma last season, scoring 5 times and he is highly sort after. The only thing that might persuade FSG to make an offer is the amount of letters in his name, meaning the club shop could make a killing on the back of shirts.

Back to the defence and rumours persist that Liverpool are keen on Barcelona’s Marc Bartra. The Daily Mail say they aren’t guaranteed to get his services, however, as Tottenham and Porto are also keen on the Spanish international. The 24-year-old could be available for as little as £9 million as he has a buy-out clause in his contract based on appearances made. He is apparently negotiating the small print with Barca in the hope that he can move on and get some more games in the season leading up to the European Championships.

Globoesporte say the rivalry between Manchester United and Liverpool won’t be restricted just to the pitch as the two North-West footballing powerhouses are ready to lock horns over the signing of Roberto Firmino from 1899 Hoffenheim. The Brazilian – who missed an open goal in Brazil’s Copa America match against Columbia this week – is likely to cost around £18 million. The 23-year-old’s agent, Roger Wittman, has said that the midfielder will move to England when he decides to leave Germany.

The Daily Express reckon that Yevhen Konoplyanka is back on the radar of those at the top of the Merseyside food chain, with the winger reportedly stalling on offers from the likes of Stoke in the hope that the Reds go back in for him. The Ukrainian told press that he wants to play in England, which puts the kybosh on a likely offer from Sevilla before it’s even got off the ground. Liverpool were close to signing the 25-year-old in the 2013-2014 January transfer window, only for his club Dnipro’s owner to refuse to allow him to move. His contract has run out now, though, so he’s free to move wherever he wants to – and he wants to move to England.

The most realistic deals this week seem to be for Joe Gomez and Nathaniel Clyne, so, if they haven’t already been confirmed by the club, then keep an eye out for official word over the next few days. Past that, there doesn’t seem to be many other particularly likely deals in the pipeline.

Finally, we have mentioned The Anfield Wrap numerous times and we would like to make clear that we are not affiliated with them in any way. We just think they produce genuinely top-notch content for LFC supporters. We were particularly impressed this week by the Journalist Special they did as part of their TAW Player. It took an in-depth look at how transfers happen, where rumours come from and what journalists can do to protect their reputation.

If you find the transfer world intriguing and interesting then it’s well work a listen. TAW Player costs £5 a month but the content is second to none. Again, we’re not associated with them so we gain nothing from you subscribing, but if you like your Liverpool information to be audio based then do check them out.