In the week when Liverpool confirmed the £12 million signing of Nathaniel Clyne on rumoured wages of £90,000 per week; Fara Williams and the rest of the Lionesses saw their Women’s World Cup bid end in heart break; and voting for Jordan Henderson to be the FIFA 16 cover star entered the final phases; Liverpool were linked with a host of players, some new, some not so much. We’ve been trawling the tabloids so you don’t have to.

The Stories and Rumours 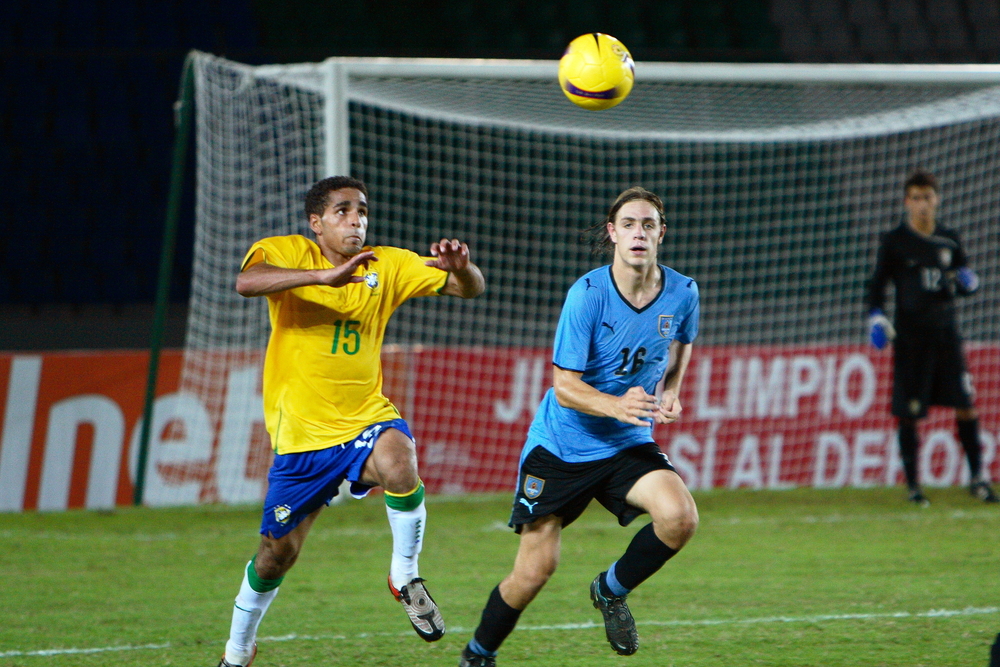 The Uruguayan centre back arrived at Anfield in August of 2011 from Nacional at the age of 21. Having been a regular with the Uruguayan league team since his debut for them in 2009, great things were expected of him from the Liverpool hierarchy. Sadly he disappointed, making just 24 appearances for the Reds. He did score a stunning overhead volley in the match against QPR at Loftus Road in 2012, but Liverpool went on to lose the match anyway, so maybe the less said about that the better. Now the Reds have confirmed he’s made a permanent move to Sunderland, having made 13 appearances for the Black Cats on loan there last season.

16 year old Bobby Adekanye has joined Liverpool from Barcelona according to reports in The Liverpool Echo. The youngster has already drawn comparisons with a certain Arjen Robben, and Liverpool are delighted to have stolen a march on clubs like Ajax and PSV for the left wing whizzkid’s signature. Born and raised in Nigeria until the age of 4, Adekanye’s family then moved to Holland, meaning that the youngster has his pick of nations when he gets older. For now it seems as though he’s picked Liverpool over Barcelona and Ajax, a choice that could turn out to be an excellent one for the Red half of Merseyside in the coming years.

It seems as though Liverpool have at last got around to replacing Colin Pascoe and Mike Marsh, the assistant manager and first team coach who were sacked by the club at the start of last month. The Liverpool Echo broke the news this week that the Reds were set to appoint Sean O’Driscoll as assistant manager, whilst also promoting Pepijn Lijnders from the Academy to the position of first team coach. O’Driscoll hasn’t had an overly decorated career, causing some fans to be rather under-whelmed by his appointment. Rodgers, though, had good things to say about him as far back as 2013 when he said, “Look at Sean O’Driscoll. He is one of the best coaches I have ever come across. He is working at Bristol City. He has never had a chance in the top flight. His teams were expressive, had movement, they were technical, but he will probably never get a chance at a higher level”. As for Lijnders, he’s quietly created an excellent reputation for himself with his work with the Under-16s, so don’t be too surprised if the two new appointments, though disappointing to fans hoping for a bigger name, make a big difference moving forward.

Sticking with stories from the Echo for a little while, they’re reporting that Liverpool are considering cancelling Javier Manquillo’s loan deal with the club. They brought him in from Atletico Madrid on a two year loan last summer, but he has failed to impress during his time at Anfield. Manquillo isn’t averse to being given a chance to move elsewhere, with Benfica a possible contender for his signature. With Nathaniel Clyne arriving as first choice and Andre Wisdom’s loan having come to a close at West Brom, there are plenty of choices for Rodgers at right back, especially if Jon Flanagan returns from injury in fighting form.

Rumours whirled around Twitter on Wednesday that a deal had been agreed between Liverpool and Aston Villa over the signing of Christian Benteke. The Liverpool Echo were quick to quash those rumours, confirming that Aston Villa have no intention of releasing the Belgian for less than his £32.5 million buyout clause and Liverpool won’t pay more than £25 million for him. He does remain the Reds’ first choice striker, though, and the player himself is believed to be keen on a move to Liverpool. Villa’s reluctance to sell comes about in part because 15% of any fee over £7 million has to go to Benteke’s former club Genk.

TalkSport are citing reports from France that Liverpool are competing with West Ham over the signature of the Tunisian defender Aymen Abdennour. The 25 year old will be allowed to leave Monaco for a fee believed to be around £21 million. It seems an unlikely one for Liverpool to be involved in given the amount of central defenders the Reds already have on their books. Martin Skrtel has signed a new 3 year deal, Dejan Lovren is to be given a chance to redeem himself after a nightmare debut year for the club, and Mamadou Sakho is first choice left centre back as far as Rodgers is concerned. On top of that, Emre Can was played in a back 3 last season, Tiago Ilori impressed at the Under-21 Championship and Joe Gomez has been bought from Charlton in this transfer window. Admittedly he could yet go out on loan, but the Reds have also extended Kolo Toure’s contract by a year. All in all, there are other areas to strengthen before Liverpool look to buy another defender. Take this one with a pinch of salt.

Rumours about Liverpool’s attempted signing of Mateo Kovacic from Inter Milan refuse to go away, despite numerous local journalists with excellent reputations denying the Reds are interested in the midfielder. This week it’s the turn of The Express to chat about the Croatian and his rumoured move to Merseyside. According to reports Liverpool are hoping to bring him in for around the £21 million mark, but Bayern Munich have now entered the race and Inter may hold out for a touch more if they think they can start a bidding war. This is one that won’t seem to go away, so don’t expect it to be resolved until he puts pen to paper with someone, somewhere.

Sticking with The Express, the tabloid that thinks it’s a shrunken broadsheet reckon that Liverpool have been put on red alert by reports that Keita Balde Diao has told Lazio they either need to play him or allow him to leave. The striker apparently rejected an approach from Brendan Rodgers last summer, with the Liverpool manager having been interested in him for some time. He once scored 47 goals in a season when on loan at UE Cornella, and if there’s one thing Liverpool need then it’s goals. The 20 year old could be available for as little as just £8.5 million, but Liverpool could see themselves doing battle with Inter Milan for his signature. 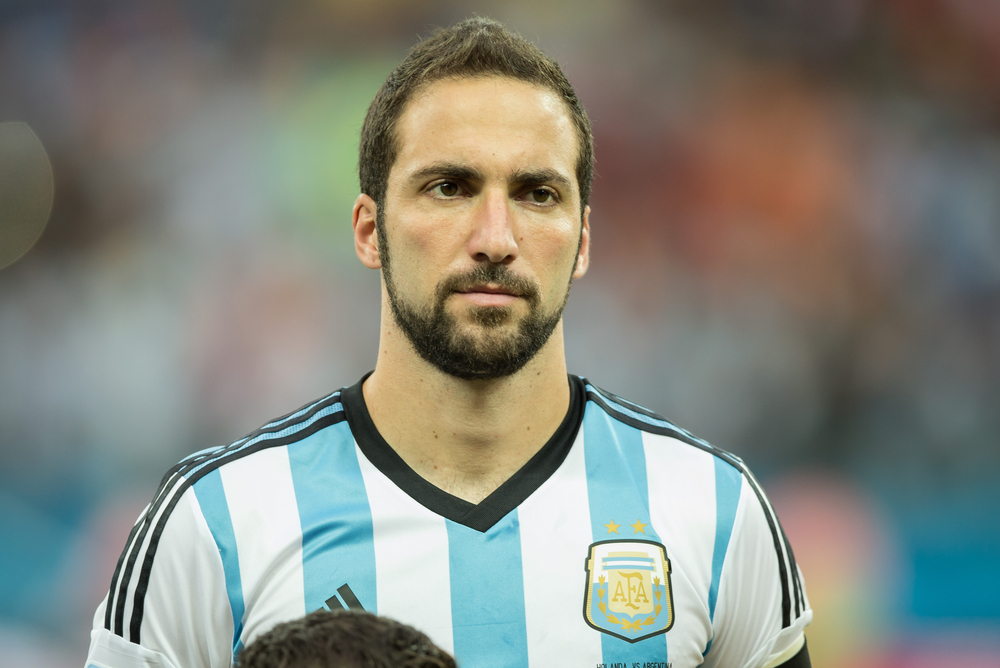 The Metro aren’t always the most reliable of newspapers, but we’re inclined to believe their most recent story, just because we want to. They say that Gonzalo Higuain has told Napoli to listen to offers for him after reported interest from Liverpool. The Argentinian striker has told his agent to do whatever’s necessary to facilitate a move away from the Italian club, with the Reds leading the chasing pack. Higuain’s name has been bandied about quite a bit in association with Liverpool, though the Reds probably won’t make a move for him unless the Benteke deal completely falls apart.

This must be the week that The Metro have decided to send a reporter on holiday to Italy as they’ve filed a report about Liverpool being interested in another Serie A striker. As well as Higuain The Metro think that the Reds are also chasing Fiorentina’s frontman Mario Gomez. The German forward is available according to Tuttomercatoweb, and The Metro reckon that means Liverpool must want him more than anything has ever been wanted before. Despite only managing to find the back of the net 10 times last season, Gomez has scored 166 league goals in 308 appearances throughout his career, so he might not be the worst choice Liverpool could make for the striker’s spot.

In recent years it hasn’t always ended particularly well when Liverpool have had to do battle with Real Madrid, so it won’t exactly perk Brendan Rodger up to learn that the Spanish giants are also interested in reported Reds target Fernando Llorente. So reports The Liverpool Echo, anyway. Llorente is surplus to requirements at Juventus, with the Italian club happy to let him leave if they get a decent offer for the tall striker. Rafa Benitez wants him at The Bernabeu, though, and it’s difficult to see him turning down a move to Spain in favour of a trip to the banks of the Mersey.