Home
>
Analysis
>
Liverpool WILL Win The Title Under Jürgen Klopp

Liverpool’s 2-2 draw with Sunderland was extraordinarily frustrating. So frustrating, in fact, that every time I’ve written about it I’ve gone to refer to it as a loss, for that’s how it felt. We’re a significantly better team than the Black Cats and Jürgen Klopp is in a different managerial stratosphere to David Moyes. As much as the former Everton man might like to suggest he’d have received praise ‘if he was German’, his gameplan appeared to revolve around winning two penalties, one of which was questionable.

David Moyes: “Maybe if I was a German manager you’d have praised that draw” – https://t.co/pvUnSggIun pic.twitter.com/uXyRuRO7f6

Having watched Sunderland get thumped 4-1 by Burnley just two days before, as we were dealing with everything Manchester City had to throw at us at Anfield, it’s understandable that supporters feel let down by the performance. The fact that Chelsea lost to Spurs on Wednesday night made it that little bit more annoying that we dropped points – we could be three points behind them now but instead we’re five away. As irritating as that is I still firmly believe that we’re in the title race. More than that, I am now utterly convinced that we will win the Premier League title with Klopp at the helm. Here are some of the reasons why.

He’s About The Here And Now

I remember quite distinctly thinking that Gérard Houllier was being totally fair when he spoke of having a ‘five year plan’ for Liverpool. It made complete sense to me that you need to build towards something rather than overreach and expect too much too soon. We did seem to be on track, too. Lots of people forget just how close we came under the Frenchman, finishing second to Arsenal in his fourth season at the club. We missed out on the title by just seven points that year.

5000/1 at the start of the season, Leicester City make history to win the Premier League. pic.twitter.com/X8N57tnQb3

Then Leicester City won the league and it changed my opinion on everything. Even during the 2013-2014 season I accepted how unlikely it would be for us to win the title having finished seventh the year before. In the history of the Premier League no team had won the trophy that hadn’t finished in the top four the season before. History was against us. As I’ve said before, though, Roger Bannister was proof that the impossible only needs to be done once for everyone else to realise it’s more than possible if you don’t accept any limits to what you want to achieve.

Now that Leicester have done the seemingly impossible we can throw out the notion of a five year plan. There isn’t even a five month plan. There is just the here and the now and the sooner that supporters accept that the better off we’ll all be. Jürgen Klopp knows this and has never tried to suggest that he needs time or that the squad he’s inherited isn’t good enough. All he wants to do is to win the matches in front of him and without that attitude we wouldn’t have made it to two cup finals last season. He is a born winner and has proven it everywhere he’s been.

He Also Believes In The Future

I know it’s something of a contradiction, but one of the other reasons I’m confident about us winning the league under the management of Jürgen Klopp is that he also believes in the long-term. There’s a difference between a manager only looking at the future and one who has an eye on both the now and the then. The German fits into that latter category.

When it comes to transfers the manager doesn’t believe in short-term fixes. He could have brought someone in to replace Sadio Mané whilst he is away at the African Cup Of Nations, but what happens to that player when Mané returns? Is he just shifted on for cheap? Klopp tried the ‘fix it quick’ solution with Steven Caulker and look what happened there – the defender ended up playing as a makeshift striker for most of his short spell at Anfield.

No, Klopp would sooner see talented, young, hungry players like Sheyi Ojo and Joe Gomez get a chance than spend big bucks bringing in someone that he doesn’t know all that well. Whilst the press bemoan the fact that there aren’t enough homegrown players coming through the ranks of the various clubs they also splash the back pages with ‘exciting’ transfer stories and happily ignore the fact that the likes of José Mourinho and Pep Guardiola do little more than buy their way to success. It’s worth remembering that our current title challenge comes on the back of a summer in which we had a positive net spend, transfer-wise.

Klopp: “We saw the good moment Ragnar and Lucas were in. Joe Gomez is in a good way too. It was clear there is no reason for rushing Joël.”

He Fits The FSG Model

Fenway Sports Group has come under plenty of criticism during their tenure of Liverpool Football Club. The fact that they have been seen as ‘penny pinching’ has not endeared them to some members of the fanbase who are apparently happy to completely forget just how close the club came to going into administration under Hicks & Gillett.

Like many, I wouldn’t object to LFC being bought by Chinese squidillionaires who are ready to spend what it takes to bring Lionel Messi to Merseyside. The sad fact is that Roman Abramovich changed the face of football when he purchased Chelsea and helped them buy their way to numerous titles. A rich owner does nothing more than level the playing field for us compared to the Stamford Bridge club and Manchester City.

Yet we have to accept that FSG have a certain way of working. They believe in the importance of living within their means and although they’re hardly a poor organisation they’re not flush with the riches of the likes of Abramovich or Sheikh Mansour either. Their method is to find players who are perhaps being undervalued and get value for money from them. Supporters might not like it, but without that way of operating we wouldn’t be able to watch Philippe Coutinho play every week, nor would we have seen Luis Suarez work his magic.

The key thing that Liverpool fans need to realise is that Jürgen Klopp likes to work in that same way. Of course he’d like money to invest in his playing squad like any manager, but he’d sooner see youth players brought through the system than have their place taken by a big money signing who may not produce the goods anyway. Here’s a look at some of his key signings at Borussia Dortmund:

Obviously that’s far from conclusive, but what’s interesting is that his too most expensive signings were Mkhitaryan and Immobile and they are two players that are generally considered to have struggled under Klopp’s management. There can be any number of reasons for that, with the amount paid for their signature low down on the list. What is unquestionable, though, is that this manager isn’t even remotely bothered by a player having a big price tag.

The real key to why I believe we’ll win the title under this manager is that what he’s doing at Liverpool is entirely sustainable. Pundits may be quick to suggest that the Reds will fall away as the season progresses but the stats don’t agree with them.

Over the past 38 league games Liverpool are third only to Tottenham and Chelsea. Had Antonio Conte’s team not gone on an utterly incredible run of thirteen straight wins we’d be ahead of them in the table and sitting at the top of the league. Even after winning thirteen games in a row – equalling the Premier League record – they are still a mere five points ahead of us with a trip to Anfield still to come.

If Chelsea respond to their loss at White Hart Lane by going on another similar run then there’s nothing that can be done to stop them. Every team in the league will have to hold up their hands and say ‘fair play’, they’ll have earned it. That shouldn’t detract from how well Liverpool are doing under Jürgen Klopp, however. Unlike in previous years under different owners and various managers, this doesn’t feel like a ‘now or never’ type scenario. Just as he didn’t win the league until his third season at the Westfalenstadion, so Klopp will have another few bites at the cherry if we miss out this time around. 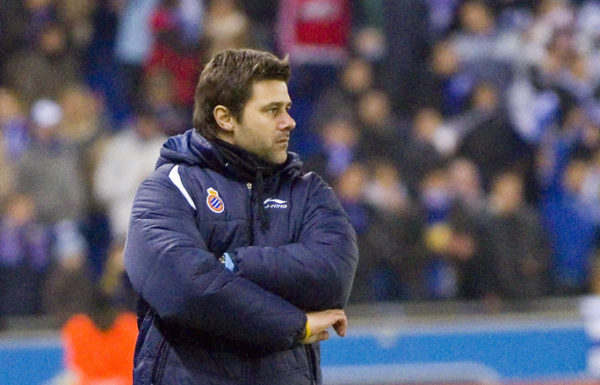 There’s no guarantees of anything in football, especially not in a division as competitive as the Premier League. However anyone not excited by a future with Jürgen Klopp at the helm needs to have a serious think about why they’re even calling themselves a football supporter.