After a six year break between the game against Crystal Palace in order to play some completely meaningless international football, the mighty Reds were finally back in action at the weekend. The mighty, mighty Reds.

It’s fair to say that things seem to have been blowing hot and cold for Jurgen Klopp during his time at Liverpool so far. The advancements he’s made on Merseyside have been clear for all to see, and the team’s dismantling of Chelsea in October was the surest sign of that that you could hope to bear witness to.

Yet just eight days after smashing three past the defending Premier League champions the Reds conspired to lose 2-1 at home to the Eagles, leading to scores of Liverpool fans heading for the exits early and causing Jurgen Klopp to feel very lonely indeed.

Which team would show up at The Etihad? The ones that had walked away from Stamford Bridge as conquering heroes, or the lads who meekly let an Alan Pardew team leave Anfield with all three points? We know the answer now, of course, but heading into the match things were far from clear. Let’s have a look back at the match that could yet go on to define Liverpool’s season in much the same way that the tremendous victory over Spurs did in 2013.

Roberto Firmino only played four games under Brendan Rodgers. Admittedly he did apparently break a bone in his back in one of those games, but still. Four games in eleven isn’t a great number of opportunities for a player that the club paid a reported £29 million for.

The Northern Irishmen, were he to respond to that, might point out that Firmino hadn’t quite adapted to life in the English game early on in the season. That’s a fair point, and we have no desire to make criticisms of Brendan Rodgers. He’s no longer at the club and there’s no real need to stick in the boot in any further than it already has been. 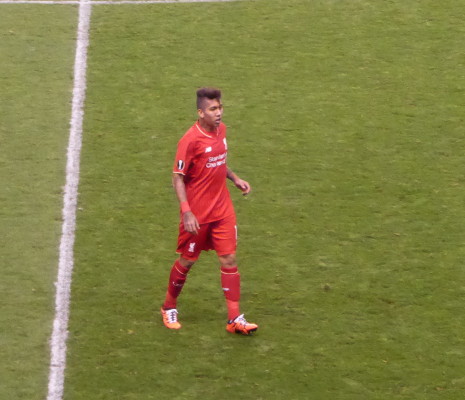 If Firmino took his time to settle into life in England then it’s fair to say that the game against Manchester City proved to be one hell of a house-warming. The Brazilian was at the heart of everything good that Liverpool did, with only Joe Hart’s man of the match performance stopping him from going home with the match ball.

His combination work with Philippe Coutinho was beautiful to watch; the two compatriots working together flawlessly to tear Manchester City’s defence apart time and time again. Firmino forced the mistake from Mangala that led to the opening goal, fed Coutinho for Liverpool’s second and then virtually walked the ball into the net for the third. He wasn’t involved in the fourth but hey, he had to let the other players do something to earn their pay check.

Liverpool fans were used to seeing their team start games brightly way back in the title-challenging season of 2013-2014, but the prevailing logic was that that was entirely down to Luis Suarez. It’s true that Liverpool have never looked quite as likely to tear teams to shreds as they did back then since the Uruguayan left to head to the sunnier shores of Barcelona.

In part, though, that’s because they haven’t had someone that can lead from the front with such determination and guile as El Pistolero. Until now. Roberto Firmino is never going to be as deadly as Luis Suarez and putting that kind of pressure on him will only lead to disappointment. But he certainly has some of the never say die spirit of Liverpool’s former number 9 and his relentless pressing is unquestionably part of the reason the Reds were able to dismantle City’s defence so wonderfully and consistently. 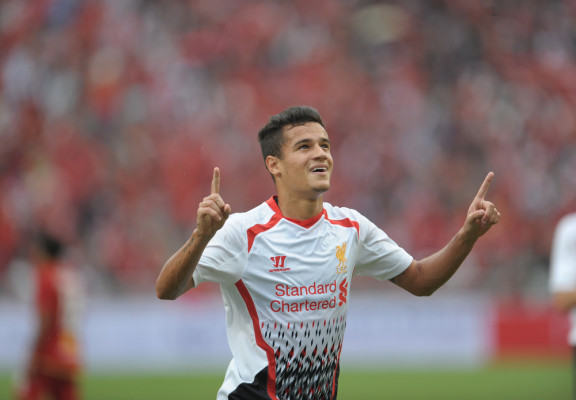 He isn’t the only Brazilian that deserves credit, of course, and everyone associated with Liverpool will be keeping their fingers crossed that the injury that forced Philippe Coutinho off the pitch will prove to be nothing major. The two of them combined will surely terrorise defences and opposition managers for the remainder of the season if they’re able to stay fit.

Lucas Leiva also deserves a special mention. The holding midfielder was reportedly gearing up to move to Galatasaray until an injury to Jordan Henderson forced Brendan Rodgers to re-think his plans. How grateful Liverpool should be that Lucas wasn’t allowed to leave. His intelligence, positioning and all-round leadership was a joy to behold in a game when the team clicked to produce a result to remember.

If Klopp can build his team around the Brazilian triumvirate, at least in the short term, then there’s no telling how far up the table the Reds could go.

What A Difference A Klopp Makes

Let’s be honest, statistics can be used to prove all sorts of points. One that was doing the rounds in the aftermath of the match is that Jurgen Klopp has won more league games away from Anfield against the top teams in six weeks than Brendan Rodgers managed in a year.

Yet by the same metric you could also say that Jurgen Klopp has won as many home league games since he arrived at the club as you and I have managed – none.

What Klopp has done for Liverpool is about more than just stats, though. He has installed a sense of belief in the team that has been sorely lacking since the heartache of missing out on the championship in 2014. As soon as he arrived at the club he could clearly see what needed to change. “You must turn from doubters into believers”, he said.

What was interesting in his post-match comments was that the Liverpool players don’t quite seem to have made that transition yet. He said that the players seemed to be ‘surprised’ to find that they had scored three goals when they went in at half-time. One of his jobs was to make sure they realised they very much deserved their lead and should push on in the second half.

Jurgen Klopp is not a conservative manager. Nothing about the way he approaches games allows for players to sit back or to try to contain their opponents. Even in the game against City, the team many people believe are the champion’s elect this season, he was encouraging his players to push forward and attack. The defensive line was near enough to the halfway line at times, with the manager refusing to relent and allow the team to drop back.

Whatever the revisionists might want to say about Brendan Rodgers and his style of management, he did encourage the players to believe in themselves and he allowed the Reds to go on winning streaks that took them near to the title in 2013-2014 and near to the top four after a dreadful start in 2014-2015. Jurgen Klopp isn’t re-inventing the wheel, then. 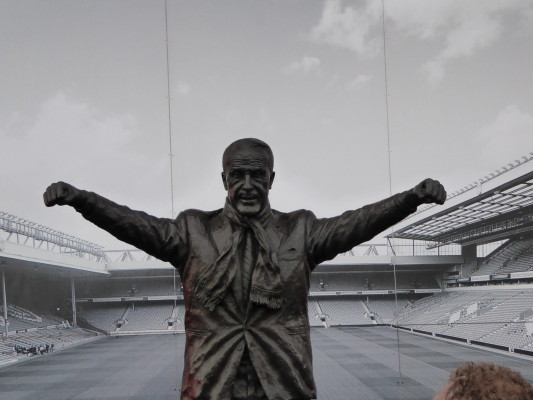 But what he has done is blow away the cobwebs at a club surrounded by disappointment and disillusionment after a dreadful end to the season last time out and a wheels coming off the wagon moment when West Ham left Anfield with all three points a couple of months ago.

What is most incredible is how quickly Klopp has done it all. The game against City was only his eight game in charge of the club. Eight games that have included draws at Everton and Tottenham teams that seem to be scoring for fun this season and convincing wins against last season’s champions and this season’s champion’s elect.

The thing that Liverpool fans should be most excited about, though, is that this performance came after an international break when Klopp got to work closely with players for the first time. His top performers in the match at The Etihad – Firmino, Coutinho and Lucas – didn’t travel to play with Brazil, meaning the manager could work with them on the training pitch.

Imagine how much better the Reds will be able to perform once Klopp gets to spend a proper amount of time with the team as a whole! Admittedly that probably won’t be until next summer, but a Liverpool team given coaching time with the inspirational German could indeed be a sight to behold. Manchester City couldn’t cope – will anyone else be able to?

This season so far seems to have been one of different stories worth talking about. Before a ball was kicked there was lots to be said about Liverpool’s first seven away games in the campaign. Seven away games that took us to the five teams that finished above us last season, plus the team that beat us 6-1 in Steven Gerrard’s final game and the local rivals in Everton.

Nobody thought Liverpool would come away with many points from those games, so to take twelve is impressive; especially considering the Liverpool hierarchy felt that the club’s start to the season was so poor that they needed to replace their manager. Whilst twelve points is a nice haul from the fixtures, considering they were all away from home, to only lose once is even more impressive. 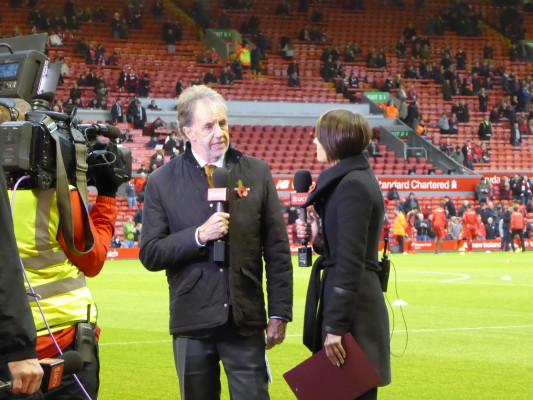 The story of the new manager is one that doesn’t need to be repeated, but it’s one that has obviously had a huge effect on the season as a whole.

Yet the story that only seems to be being spoken about inside the ranks of Liverpool’s supporters is arguably the most important story of all: Injuries.

Perhaps it’s because Jurgen Klopp refuses to use it as an excuse. Maybe it’s because there are ‘sexier’ stories surrounding the Reds right now. Whatever the reason, Sky and the newspapers seemed to be far more interested in the fact that Manchester City were without Vincent Kompany for Saturday’s game than they were in the fact that Liverpool are missing one hell of a spine to their team.

Mamadou Sakho hasn’t exactly been overlooked during his time at Anfield, but he was finally starting to put together a decent run of games and was arguably in the best form of his Liverpool career when he picked up an injury against Crystal Palace in the match at Anfield. 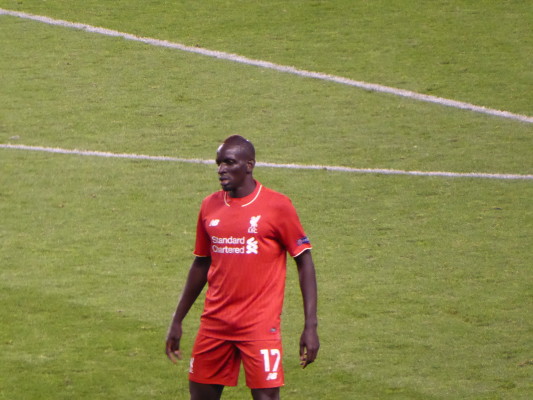 Jordan Henderson is the type of player that you have to feel will be a perfect role model for Jurgen Klopp’s style of play. Yet the Liverpool captain has barely been seen this season and hasn’t even kicked a ball in anger under the German manager. The amount of thrust and energy he could give to this team should not be under-estimated and his leadership has been sorely missed.

Then there are the strikers that haven’t been able to put together any sort of run since Klopp’s arrival at the club. Neither Christian Benteke nor Daniel Sturridge have been fit enough to be considered regularly by the manager. That’s an awful lot of skill and experience in the final third missing from the line-up. 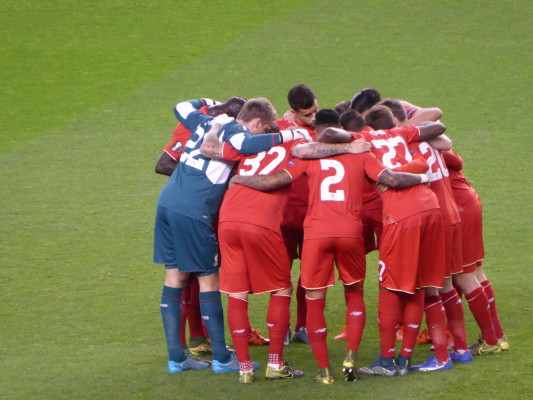 Add in the likes of Flanagan, Ings, Gomez and the players that Liverpool sent on loan and you’ve got the best part of a full team that Klopp hasn’t been able to pick for his starting XI. It really does beg the question: Just how good could a fully fit Liverpool squad be if Klopp has time to work with them? Hopefully we’ll find out soon enough.