Before the game yesterday the always excellent Andrew Beasley sent a series of tweets including this one:

The suggestion was that the match was likely to be a low-scoring game. It made sense of course, given how poor Liverpool have been in front of goal recently. The only wins we’ve managed in the Premier League of late have been 1-0 affairs. There was no way Norwich, even with our poor defensive record and their decision to sign Steven Naismith, were going to score a bucketful.

For myself I’ve spent the last few weeks questioning why Joe Allen wasn’t getting starts for the Reds in the league. When he’s been called upon by Jurgen Klopp in cup matches or from the bench he’s absolutely been able to produce the goods in a way the likes of Adam Lallana haven’t been doing. With the former Saints captain out injured I felt this was the perfect match for Allen to seize his opportunity. Jurgen, though, felt differently and started Jordon Ibe before bringing Lallana off the bench – despite my calls for Allen to come on.

The Anfield Wrap’s Neil Atkinson has a saying that ‘football makes fools of us all’. Sufficed to say that, as far as yesterday’s concerned, he’s pretty much spot on.

What an extraordinary, ridiculous game of football. #LFC can’t defend for toffee but they have refused to give up. Incredible

So what can you say when analysing this topsy-turvy match? In some senses it seems crass to be critical of Liverpool when they came back from 3-1 down and four-all to win 5-4. Yet in the cold light of day it’s fairly obviously that a team that concedes four goals against a Norwich team that is destined to be in a relegation dogfight has some serious issues that need addressing. Again.

There’s plenty to be critical of from the team’s performance yesterday, so let’s start with a real positive. Jurgen Klopp is a natural phenomenon that Liverpool Football Club are very lucky to be able to call their manager.

It was hilarious to see all of our opposition fans react with such bitterness towards Liverpool’s celebrations after the winner yesterday. Arsenal fans took to Twitter suggesting we were jumping around as though we’d won the Champion’s League – like they’d have any idea what that feels like – while Evertonians called Klopp an ‘animal’ and United fans suggested he was an ‘embarrassment’.

Do any of them believe what they are tweeting, though? Would United fans really prefer to be watching the impassive, boring Louis Van Gaal in the dugout during their matches, with the football on the pitch reflecting their manager’s attitude? Would Everton fans honestly rather see Roberto Martinez looking confused and lost on the touchline than Klopp running around and jumping up and down?

If so then fair enough. You won’t hear me complaining, though. I absolutely love his passion, I adore the way that he is so involved in the football match he feels every moment of it. He reacts in the same way that fans do and he’s all the better for it.

Liverpool fans were sick to the back teeth of Brendan Rodgers suggesting that the team had shown great ‘character’ after a loss or a disappointing draw. Compare and contrast that with Klopp’s face filled with rage on the sideline, screaming and shouting as players failed to carry out his instructions. Hear the manager after the match say that our defending was ‘really rubbish’. Is that not the sort of refreshing honesty that fans are crying out for in the modern game?

Some managers are excellent at their job but they just don’t fit with the club they’re managing. David Moyes, for example, is not a born winner and will never make a club better than the sum of their parts. Yet he’s good at creating an ‘us-against-them’ type of atmosphere that worked brilliantly at Everton but was never likely to work at Old Trafford. The Blues love the idea of everyone being against them and bought into his notion of them being ‘The People’s Club’ to the extent that they’ve got it written on the side of their ground. Manchester United believe they should be ruling the world, not fighting against it. 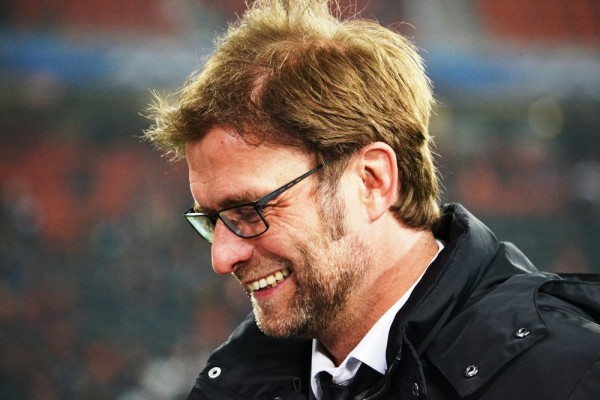 Jurgen Klopp is exactly the right manager for Liverpool at exactly the right time. Liverpool fans love the notion of ‘the cult of the manager’, and the German is the sort of person that creates a cult-like atmosphere wherever he goes. His celebration yesterday was purely visceral; it was the kind of thing the fans wanted to do if they weren’t likely to be fined for running on to the pitch. He is the embodiment of everything that is good about Liverpool – passion, excitement, high standards and an unending will to win. We’re very lucky to have him and if other fans want to be jealous then he must be doing something right – long may it continue.

I really don’t want to slag off Simon Mignolet. I honestly feel like I’ve said pretty much all there is to say about him. Yet every time you think he can’t sink any lower he produces a performance that leaves a lot to be desired, if you’re being generous.

For some the fact that Mignolet wasn’t directly responsible for any of the goals means that he shouldn’t come in for as much criticism as the defence. The team as a whole needs to up its game in the defensive third, of course, but the goalkeeper remains one of the poorest components in the whole team.

I’m sick to death of writing about the goalkeeping situation and, given the club’s decision to give him a new contract and a raise, it’s evident he isn’t going anywhere any time soon. Hopefully then, barring some sort of complete and utter disaster in the coming months, this will be the last time I’ll write anything about Simon Mignolet. There are, however, some ideas that need to be put to bed about the goalkeeper.

Any time any criticism is made of the Belgian the defence that is presented is that he’s a good shot-stopper. He may not be great on corners or long balls and he has no idea how to command his box, but put him one-on-one and he’ll save more shots than he misses, they say. The problem is that that’s just not true.

and Norwich score with their first shot on-target. so 10th straight PL game where if Liverpool concede, it’s the first SoT when they do.

That’s now seven PL games this season where LFC’s opponent has scored 2 from their first 2 shots on target (incl. Newcastle’s 1 plus 1 o.g.)

After today, #LFC have conceded 8 goals from the last 13 shots on target over 3 games. I had a look for worse runs in our recent history

Only other similar run is Sep/Oct 2005. 8 from 13 shots on target over 4 games vs Birmingham, Chelsea, Blackburn and Fulham

I’m not suggesting that questions don’t need to be asked of the defence – of course they do. Mamadou Sakho might be a good defending who is a lot better on the ball than he’s given credit for, but he needs to be dealing with things better than he has been recently. Toure is a passionate defender but his legs have gone. Clyne is reliable without being exceptional, and Moreno is, to be generous, slightly less braindead than Jose Enrique. Only slightly, mind.

Yet against Norwich Mignolet conceded from a backheel, a shot across the face of his box, a shot from outside the box by a defender and a penalty. I’ll give him the benefit of the doubt about the penalty, but he needs to do better with every single one of the other goals. He wasn’t directly responsible for any of them but he must, must, must do better more often.

Its veracity was doubted by some, but the fact that it is so easy to believe speaks volumes for the performances that Simon Mignolet has been putting in for Liverpool for the past 18 months. So tell me the defence needs sorting by all means; tell me that John Achterberg is a dreadful goalkeeping coach that needs moving on; inform me of the fact that Mignolet’s signed on until 2021 so there’s not much point in complaining; just do not, under any circumstances, tell me that Simon Mignolet is a good shot-stopper. The facts prove that you couldn’t be more wrong.