Last week it was confirmed in the press that Liverpool Football Club had sacked their first-team coach Mike Marsh and the assistant manager Colin Pascoe. Marsh made 101 appearances for Liverpool as a player in the late 1980s and early 1990s before coming back to the club as an Academy coach in 2009. Rodgers promoted him to first-team coach when he arrived in 2012. Rodgers, having used him as his assistant manager at Swansea, brought Pascoe with him to the club when he was appointed manager.

Marsh’s contract was due to expire this month and, rather than sacking him per se, FSG decided not to renew it. Yet Pascoe had another year left on his contract and is one of Rodgers’s most trusted lieutenants, so the decision to release him seems a strange one.

Journalists with close ties to the club have suggested that the decision to release the two of them came on the back on Rodgers’s meeting with Tom Werner and Mike Gordon; a meeting which has been referred to as the manager’s ‘end of season review’.

The mysterious thing surrounding the whole exercise is that the club has remained remarkably silent as far as official channels are concerned. A scouring of the official website finds no mention whatsoever of the removal of two of the first-team’s most important coaches. In fact, if you look at the club’s staff on the website then both names remain there as if nothing has happened.

FSG have also remained silent as far as Rodgers’s own position is concerned. The only reason we know that he will remain Liverpool’s manager moving forward is because trusted journalists based in the North-West have told us as much.

Yet with a vast number of Liverpool fans wanting Rodgers removed as manager – and some even suggesting on Twitter that they hope Liverpool lose repeatedly next season so that Rodgers is sacked – there seems to be a disconnect between what the fans want and the club are looking to do.

The recent news from Jurgen Klopp’s agent that he would be “excited” by a move to a Premier League club and that he “wouldn’t be restricted to a top four club” has caused plenty of Liverpool fans to question why they haven’t made a move for him already.

The question that Liverpool fans want answering right now is: have Marsh and Pascoe been released because FSG are slowly removing those around the manager before he himself goes, in much the same way that they sacked Damien Comolli prior to releasing Kenny Dalglish? Or have they removed them because they want to freshen things up and give the Northern Irishman every chance of success – just like Manchester United did with Alex Ferguson when they sacked Archie Knox and brought in Brian Kidd?

There’s an argument to be made that FSG doesn’t need to make a statement that says the manager is safe. After all, Aston Villa haven’t done so regarding Tim Sherwood, nor Arsenal on the position of Arsene Wenger. Does making a statement about the manager not suggest he’s under pressure – in the style of the dreaded ‘vote of confidence’?

Yet the counter argument is that Aston Villa have not sacked most of Sherwood’s closest allies at the club, nor do the majority of Arsenal fans want to see the manager sacked. Liverpool fans feel like they’re entirely in the dark about what’s going on at the club.

Last week a rumour swirled around Liverpool that Ian Ayre’s head was also on the chopping block, though nothing has emerged from the club to suggest that there is any truth in the matter. 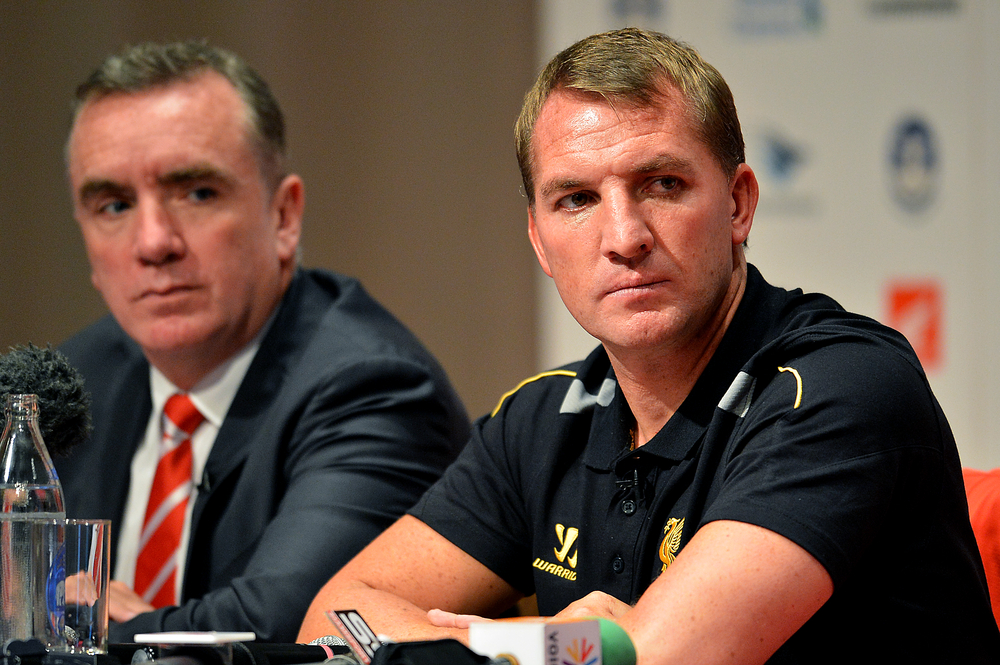 The point, though, is that vacuums must be filled, and the longer Liverpool leave it without giving the people that care the most about the club – the supporters – any kind of idea about what is going on then the more likely it is that people will fill that vacuum with rumours and hearsay.

Were Pascoe and Marsh sacked because FSG have ready-made replacements biding their time, waiting to come in and take over? Have they not been appointed yet out of respect for Pascoe and Marsh, with a given amount of time being allowed to pass before the club moves forward? Or have Werner and Gordon sanctioned their dismissal without any forethought for who will come in to replace them?

The whole thing seems to point to a larger problem at LFC. Namely, the fact that FSG don’t seem to have any consistent system in place for the smooth and intelligent running of a football club. John Henry, who was originally heavily involved with the running of the club, appears to have got bored of it all now, instead ploughing his time into his beloved Boston Red Sox and making a decision to buy the Boston Globe.

Do FSG still have the best interests of Liverpool Football Club at heart? If so, why are they restructuring the backroom staff at the club, whilst those on the recruitment and scouting side of things seem to safe in their position – despite the fact that these are the areas Liverpool have performed worst in over the last few years?

The more days that pass, the more that Liverpool FC seems to be lost. A disappointing season last year, culminating in the 6-1 loss away at Stoke, seems to have prompted FSG into action, and yet the actions they have taken don’t seem to have any sense behind them.

Paul Joyce at The Daily Express, who is considered to be extremely reliable as far as LFC are concerned, has reported that ex-Reds defender Sami Hyypia is interested in joining Rodgers as part of his backroom staff, presumably as assistant manager rather than as first-team coach. Rafa Benitez’s former number 2, Pako Ayesteran, has had his name mentioned for the same role under Rodgers, as has former Manchester United assistant manager Rene Muelensteen.

Three different names, three very different personalities, no clear link between them and no clue whether any of them will be appointed any time soon. It all points to people at the top of the chain at Liverpool floundering and not seeming to know what they want or how they should go about it.

Even Steven Gerrard has weighed in on the situation at Liverpool. Having decided to move on from the club that he has spent his entire sporting career at, Gerrard used the launch of BT Sport Europe to ask for clarification from someone, anyone, at Liverpool about what is going on.

He said, “I am very interested to see who he puts in alongside him and also to hear Brendan speak in a press conference to see why he has decided to make those decisions…I was very surprised. I didn’t expect there to be any changes in the staff positions”.

When the fans don’t know what’s going on and club legends start asking questions of why people are being sacked and who will come in to replace them, it’s fair to assume that something isn’t quite right.

Fenway Sports Group don’t need to explain themselves, of course. They are the owners and one has to presume that they are making decisions in the best interest of the club. But at the moment there are signings being made despite the manager’s situation being firm, pre-season plans being made without the staff there to run the training, and fans in virtual revolt about the way the club is being run.

Changes need to be made soon, or else FSG could find themselves on the end of protests not dissimilar to those experienced by their predecessors Hicks & Gillett. John Henry et al have been given a period of grace because they rescued the club from bankruptcy. But the reality is that right now they seem to be content with moving the club into the middle of the road, spending the minimum amount they can get away with and making noises about being disappointed whilst also settling for second best. That’s not good enough for the fans. That’s not good enough to Liverpool Football Club.

It’s time to abandon their attempts to do stuff on the cheap. They need to do everything the can to return Liverpool to the pinnacle of the game, or else get out of the way so that someone else can.