Normally when the Reds play I do a proper review of the match in the hours that follow the full-time whistle. Somehow that doesn’t seem right in the wake of a pre-season friendly. After all, it was ‘only Tranmere’ and even a diminished Liverpool side with precisely no fitness should be able to get a win against non-league opposition. So instead of doing my usual match review, which is at least slightly more serious and structured than I feel this game deserves, I thought I’d delve into the world of a Buzzfeed style ‘Six Things We’ve Learnt’ article. 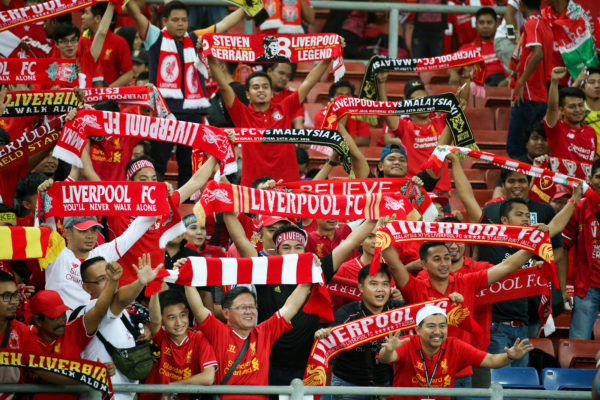 For some, pre-season matches will always be pointless. “Why travel to Australia, it’s bad for league form”. Yet the truth is that they’re not only an important part of the players returning to full fitness, but they’re also a great chance for supporters who wouldn’t ordinarily get to watch Liverpool to see the players in the flesh. It’s certainly true that it was a different type of crowd on display last night, in the best way possible. More than any other demographic, it tends to be kids that head out to friendlies who perhaps are otherwise unable to make it into Anfield. They’re a worthwhile experience, then, but what did we learn from it all?

1. We Should Still Buy Keita, But We’ve Got Midfield Options

I fully believe that Liverpool will still end up signing Naby Keita from RB Leipzig, despite the German side reportedly informing the Reds today that he’s not for sale. I think we’re currently witnessing part of the transfer dance, where the selling club has to save face by forcing the departing player to put in a request to leave. This is not, then, a suggestion that our pursuit of the Guinean can go on the back-burner; we should absolutely still sign him. That said, the game against Tranmere made the point that we actually have some decent options in midfield that plenty of supporters have either forgotten about or wilfully ignored.

It was brilliant, for example, to see Jordan Henderson lead the side out and seemingly have no issues with either foot. Personally I’m a massive fan of the club captain and, whether snobbish or not I don’t care, believe that you can figure out a person’s understanding of the game based on whether they rate him. I also think that Marko Grujic is going to have a bigger part to play than most people realise. Not only has he seemingly bulked up since the end of the season, he also found his campaign last term interrupted by injury. If he can keep fit then I believe that He’ll play about fifteen to twenty times next season and will be like the proverbial new signing. We still need to being in fresh faces, but there’s a few old ones who’ll still have a say.

2. It’s Not Definitely Going To Be Mignolet That Starts

Towards the end of last season I was calling for the club to sell Simon Mignolet this summer, despite his upturn in form. The main reason why was that producing good performances has never been his problem, doing so consistently and not chucking in a mental one has. I believed that Klopp had signed Loris Karius for a reason and would want to get him in goal as soon as possible. The issue is that Mignolet won over vast swathes of the fanbase and now if Klopp starts his German competitor then calls for the Belgian to come back in will be hard to ignore. I thought that the only way to avoid that would be to sell him, though I’m sure many will disagree with me.

Huge credit to Mignolet for his end-of-season form, but Klopp signed Karius for a reason, and his broken hand really disrupted him last year

Now it’s a little unfair to use the fact that Karius started the match as a sign that he’ll be Klopp’s number one, given that Mignolet has only just returned to training, but I do think it’s interesting that the manager decided to give him some of the second-half as well as the first, instead of brining Kamil Grabara on at the break. All reports from Germany were that Karius was a much better goalkeeper than we saw last season and he definitely made some important saves, despite the narrative that he was awful. Is Mignolet nailed on to start our first game of the season? Probably. If the German finds himself given the nod, though, then I wouldn’t be entirely surprised.

3. The Kids Are Still Important

I absolutely refuse to believe that Liverpool aren’t going to make a couple of big signings before the end of the transfer window. If I had to place a bet then I would say that I expect Alex Oxlade-Chamberlain, Naby Keita and Virgil van Dyke to all be at Anfield come September the first. I wouldn’t be blown away surprised if Kylian Mbappe was a surprise arrival, too. In short, between new signings and players returning from long-term injury, I expect our squad to be much bigger next season. Yet I also think that there’ll still be room for the youth players to get some minutes, perhaps even having a full-team to choose from for the League Cup, for example.

For Trent and Ojo in the first half, see Flanno and Kent in the second. Woodburn and Solanke looked really sharp as well. Good show Reds.

It was certainly a matter of interest that Trent Alexander-Arnold started the game at right-back ahead of Nathaniel Clyne, when most of the other players starting the first-half were what you’d consider to be our ‘A’ team. More than likely it’s just a matter of the two players being at different levels of fitness, but it’s something to keep an eye on moving forward. Ben Woodburn continues to grow and impress as a player, with Sheyi Ojo also playing well enough to likely catch the eye of those that covet him in the North-East. Dominic Solanke didn’t arrive with the bells and whistles of a more yearned for signature, but he looks like a real talent and I expect him to get himself above Divock Origi in the pecking order soon enough. There’s enough there to mean we’ve got a squad full of talent and prospects, which is a very nice mix indeed.

It’s really remarkable how much some supporters would rather be ‘right’ than admit they made a bad call. I mentioned Henderson earlier and it’s odd to see some people fall over themselves to say the former Sunderland man isn’t good enough, in spite of the fact that our performances noticeably dropped off in his absence last term. Even in pre-season games some people are quick to use performances to jude the players that they don’t like, which is just a bit weird. I think Divock Origi lacks the drive and desire to truly succeed at Anfield, but every time I watch him play I’m desperate for him to prove me wrong.

first LFC preseason report: the players you like were good and the ones you don’t like were bad. hurrah!

Those that criticise players, owners or members of the backroom staff consistently say that they ‘just want the best for the club’, as though the rest of us are actively hoping the club will fail. Surely the ‘best for the club’ is for players to develop, learn and change? I was delighted when Simon Mignolet’s performances picked up last season because it meant we weren’t dropping needless points to significantly inferior opposition. If Origi starts banging the goals in then you’ll find nobody happier than I. If you’re the sort of person that has a closed mind to the development and changing ability of players then it might be time to ask yourself why and if that’s something you should think about changing. It’s what’s best for the club.

5. Markovic’s Time Is Seemingly Up

Lazar Markovic is a perfect example of what I’m talking about. The Serbian spent most of last season on loan at Sporting CP before that was terminated and he headed off to Hull for the remainder of the 2016-2017 campaign. When Liverpool secured his signature there were reportedly celebrations throughout the offices of the scouting department, such was the regard in which he was held. He was bought for £20 million at a time when that wasn’t an insignificant amount of money and was widely touted as one of the most exciting up and coming talents in Europe. Sadly not all players have the right mentality to play for the Reds and Markovic has proven to be far more in the mould of Stewart Downing than Sadio Mané.

Looking back at the Rovers game yesterday, Steve McNulty could do a better job on the wing than Lazar Marković. Really poor.

I desperately wanted him to run onto the pitch against Tranmere and absolutely tear it up, proving to the world that he is exactly as good as his reputation suggested. Sadly he looked more like a beaten puppy than a professional footballer, skulking around the place as though he was a victim in a gladiator arena. It would have been brilliant if he’d used the opportunity presented to him in this pre-season to get his Liverpool career back on track, if for no other reason than cover for the aforementioned Mané and new boy Mohamed Salah will never be a bad thing. It wasn’t to be and I now thoroughly expect him to be moved on at the earliest opportunity. The problem after last night’s display is that I’m not sure who’ll want to buy him.

6. In Case You Weren’t Sure, Sakho’s Bridges Are Burnt

It was really interesting to see Joe Gomez not only getting a decent run out last night but also looking really composed on and off the ball. The former Charlton man had a bit of a rough ride of it in some cup games last season, but he was looking more like the player we signed before his knee injury at Prenton Park. It’s extremely unlikely that Gomez will get near the first team all that often in the coming months, especially given the club’s rather public pursuit of Virgil van Dyke. But one thing I think we can all accept is that the twenty-year-old’s presence in the side ahead of Mamadou Sakho signals once and for all that the Frenchman’s time at Anfield is done.

There are some Liverpool supporters that inexplicably believe that Sakho is the saviour of our defensive woes and has been unfairly treated by the club. Aside from the fact that the stats don’t back up this opinion (83 goals in 56 games with him in the defence proves that), he broke the rules repeatedly and you don’t get to do that and keep playing. Jürgen Klopp believes in the importance of harmony and everyone in the group pulling in the same direction. Sakho didn’t do that and the manager’s decision to bomb him out isn’t for turning. The fact that he didn’t appear at all versus Tranmere and is not expected to go on the club’s Hong Kong trip next week should finally mean that the debate over his future is done and dusted.