After the dominant but frustrating performance of the kids against Plymouth Argyle in the FA Cup at the weekend it was time for the first XI to get back into the swing of things. They had suffered a similar problem to the youth players when they last travelled to St. Mary’s, ruling the roost over Saints in the league match back at the start of November but failing to get the ball into the back of the net.

Good lord, Lucas and Can both starting. It’s the most divisive midfield in LFC history.

How would things pan out this time around? Jürgen Klopp made the choice to play a strong team, perhaps with the Manchester United match in mind. He likes his players to have a ‘rhythm’ to their play after all. His hope may well have been that a decent performance would have sent us bouncing into the game at Old Trafford full of confidence. We know now that that didn’t happen, but what went wrong?

Repeating Mistakes Of The Past

They say that a sign of insanity is repeating the same actions but hoping for a different outcome. If that’s the case then we might well start to read a bit more into the manager’s wild expressions and exaggerated laughter. For reasons known to absolutely nobody he appeared to want to try things that we know from the past do not work, yet seemed surprised when Liverpool failed to break down a compact Southampton side.

Too many things we already know that don’t work being tried again: Lucas in midfield , Lallana in the front 3

Dejan Lovren has struggled when he’s returned to St. Mary’s in recent times. The crowd have got in his head and he’s been unable to focus on his game properly. His performance last night wasn’t terrible, but he was still trying to play 50 yard passes and get involved in things as much as possible. Perhaps he’s desperate to prove to the Southampton fans that they’re not affecting him. Sadly all that happened was he consistently gave the ball away and left the defence in a ragged state. Not ideal when Ragnar Klavan was also having a poor game. 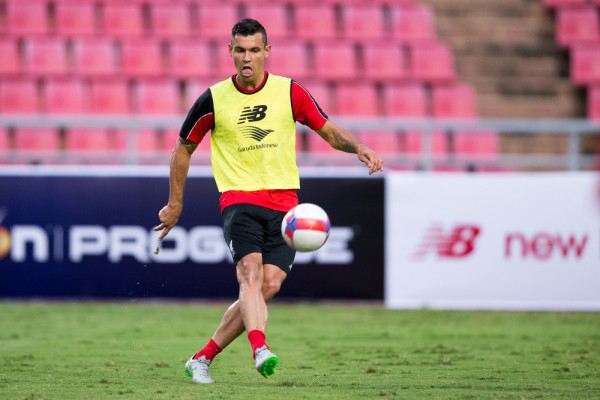 To be fair to Klopp, the tricky thing is that he doesn’t have a lot of choice but to choose Lovren. For starters there isn’t really anyone else who can come in for him if he was determined to play Lucas in the middle and doesn’t yet believe that Joe Gomez is ready to step up. The Croatian is also one of our senior centre-backs, so dropping him for this game is an admission that he’s not mentally strong enough to cope with an angry crowd having a go at him. Again, he wasn’t the worst performer on the pitch by any means but he wasn’t good and hasn’t been in any of our visits there.

We suffer badly when a) no Henderson, b) Firmino doesn’t play as the 9, c) when Sturridge does, d) when Lallana doesn’t play in the middle 3

Roberto Firmino has not been in good form for a while. The news that has emerged lately that his home was burgled and he was done for drink driving won’t be helping his mentally, either. Yet however poorly he’s been playing we lose a lot of what he offers when he’s forced out wide. As good a player as Daniel Sturridge is – and I think he’s arguably our best player on ability alone – he doesn’t fit the way we play when we’re at our best. Putting him in as the sole striker means that we lose Firmino’s ability to cause defenders problems and sideline him too much.

Equally, Adam Lallana is at his best when he’s deeper. He’s the sort of player who can cause damage when coming from deep and is better at picking out passes when he can see the play develop in front of him. When he’s been part of the front three it simply hasn’t worked, so why would it suddenly start working against a team that was always going to sit really deep and try to hit us on the counter attack?

If Jürgen Klopp were to reply to the above criticisms I’m sure he’d make a very good point: What other options did he have? Jordan Henderson’s absence with a heel injury means that someone else had to play his role in the team, but none of the players available are anywhere near as good as him at it. Kevin Stewart is a perfectly fine player to come on and shut down games with fifteen or so to go, but he’s not the lad that you ask to be a deep-lying playmaker from kick-off; it’s just not in his locker.

4 lads missing are as good as we’ve got

Without them we don’t look great, but who would?

Philippe Coutinho came on for the last thirty minutes or so and looked surprisingly sprightly, but having been out injured for nearly two months he was never going to start this game. Who else is there that can start in the front three in his place? Add the absence of Sadio Mané to that and you’ve got three places that need filling and don’t have the players to fill them. Adam Lallana has to be pushed forward into one of them, Daniel Sturridge is too good to be left out and Roberto Firmino fills up the other spot. Klopp doesn’t have heaps of choice, but the result is that you have plenty of square pegs in round holes. 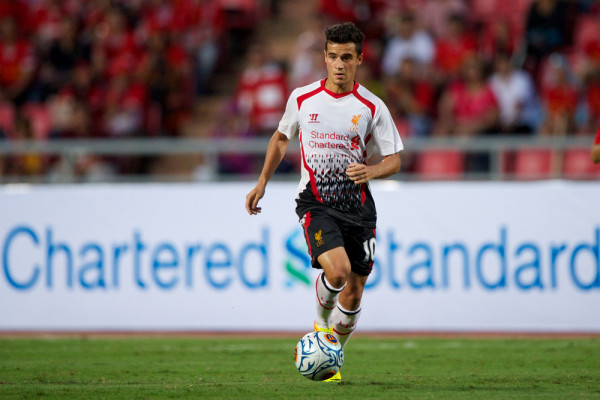 Liverpool’s best and most exciting XI is Karius/Mignolet – Clyne – Lovren – Matip – Milner – Henderson – Lallana – Wijnaldum – Mané – Couthino – Firmino. Of that eleven we were missing four players and two of the ones who did play weren’t in their best position. That means only five players were where they would be if we were at our strongest. Unfortunately I’m not sure what else the manager could have done with the players at his disposal last night. Personally my instinct would have been to play Origi and Sturridge together, given that’s what we did when we scored six past them last year. Klopp showed against Sunderland, though, that that’s not on his radar.

For some reason some supporters didn’t rate Jordan Henderson, even when he was regularly putting in Man Of The Match performances. They refused to let him shake off the reputation he earned when he first arrived at the club as a young lad from Sunderland, stuck out wide by Kenny Dalglish in a dysfunctional team. When he was made captain they compared him to Steven Gerrard, as if anyone could stand up to being compared to one of the club’s greatest ever players.

Lack of invention and quality in midfield killing us. Sturridge may as well not be playing

It seems that it’s really only now that he’s missing from the team that he’s getting the appreciation that he deserves. It’s a bit of a cliché to say players get better when they’re not playing, but what Hendo offers to the team is blatantly obvious once it’s not there to be seen. It obviously doesn’t help that Emre Can is struggling to play any kind of football at the moment, let alone the sort of play that the captain brings to the table.

It’s unfair to get on a player’s back, especially when he’s still very young. It’s his 23rd birthday today and that’s something that shouldn’t be forgotten. Yet the simple fact is that he is nowhere near consistent enough to have earned himself a place in the Liverpool starting XI. He was genuinely poor last night, slowing down our game and getting caught in possession time and time again. If he starts against Manchester United then I dread to think what their midfield will do to him.

We looked so one dimensional without Mane tonight. So stodgy and ponderous in attack. Hence why I think we need to sign a winger this Jan.

When it comes to Mané, it’s a slightly more interesting situation. Unlike Henderson he hasn’t actually been playing all that well for more than a month now. The thing is, though, when attacking players don’t play well they can still cause all sorts of problems. Look at the derby; Mané wasn’t in great form but he was still there when it mattered and his intelligence meant he was in the right place to deliver the killer blow. His speed also means that defences can get caught out if they don’t keep their structure. Given that we play such devastating counter-attacking football it’s no wonder that we look short of pace without him.

Coutinho’s return to the starting line-up couldn’t have been timed better, yet we still look like a side shorn of speed in Mané’s absence. The problem is that we don’t have anyone in the ranks who can replace him, with Sturridge slower than he used to be and reluctant to play out wide. Supporters are desperate to look to Ojo as a replacement but in reality he’s too inexperienced and hasn’t had the game time to make him a viable option. I wouldn’t be surprised to Origi start on the right against Manchester United, yet the Belgian’s having form problems of his own to worry about.

But fans have been saying all season that Mane is our least replaceable player. We have no-one like him and its not a surprise.

Some fans believe that it’s ‘negligent’ of us not to have brought in someone to replace Mané given that we knew he’d be heading off to the African Cup of Nations but I’m not 100% sure I agree with that. After all, the starting XI I listed above is pretty good and I’m not sure who drops out of it if we’ve got two top-class wingers to fit into the team. It’s definitely true that Klopp isn’t a manager who likes short-term fixes so I can’t see a scenario where we bring anyone in before the end of January. The question of whether we have enough in our tank to get us over the line remains to be answered, but we’ll be a lot closer to knowing at the end of Sunday.