When it comes to former Liverpool players that have earned the ‘cult’ status, Igor Bišćan is pretty high on the list. Not only was he part of the Gérard Houllier treble winning squad, adding a League Cup trophy to his name in2001, but he was also instrumental in helping the Reds get to the final of the Champions League in 2004-2005. 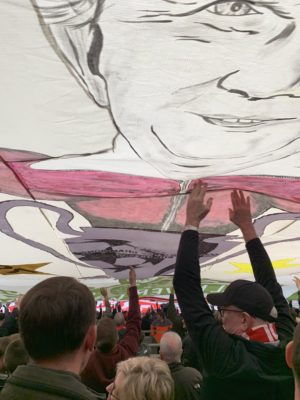 Born in Zagreb, Croatia on the fourth of May in 1978, he represented his country at youth level and captain Dinamo Zagreb during their outings in both the Champions League and UEFA Cup during his time there between 1995 and 2000. Here’s a look at the life and career of the Croatian, who signed for Liverpool in December of 2000 for £5.5 million.

Igor Bišćan signed for Dinamo Zagreb as a seventeen-year-old, earning a reputation as one of Croatia’s most talented midfielders. After three years at the club he was called up to play for the Croatian Under-21 side, eventually progressing to the Croatia B team and then the main team at the end of the 1990s. At the same time he was helping Dinamo enjoy one of their most successful eras in the Croatian top-flight, the Prva HNL.

The side won the league twice in succession in 1999 and then 2000, also appearing in the Champions League at the same time. His record of 11 goals in 84 league appearances was enough to capture the attention of Gérard Houllier at Liverpool. The Frenchman was in the middle of a successful season with the Reds, progressing in the two domestic cups as well as doing well in the UEFA Cup, so he wanted to bolster his ranks in order to continue pushing on four fronts, including the league.

Bišćan was signed by Liverpool for £5.5 million on the eighth of December 2000. Whilst some supporters of the Merseyside club might consider him to be something of a joke figure in retrospect, he was being chased by the likes of Barcelona, Ajax and Juventus when the Reds persuaded him to make the move to Anfield. His debut came in a loss to Ipswich Town when he replaced Christian Ziege, but his first start was to be far more auspicious. 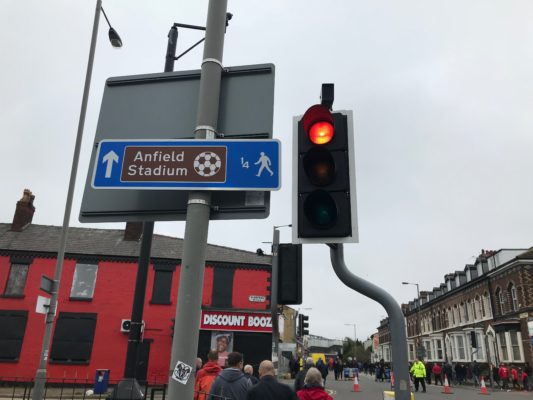 Bišćan was given the full ninety minutes as Liverpool went to Old Trafford at a time when the Red Devils hadn’t lost at home fore more than three thousands minutes of football. The away team beat Manchester United 1-0, with Bišćan being an important part of the midfield performance. He was good enough to mean that he displaced Dietmar Hamann as the defensive midfielder in the starting eleven for a time.

The Croat put his first goal on the board for the Reds when he netted in a 5-0 win over Crystal Palace in the League Cup, being used regularly in that competition because he was cup-tied and could play in the UEFA Cup. Despite having played as a midfielder for most of his career, he was used in a myriad of positions by the French manager of the club, including centre-back. He never looked comfortable anywhere other than in the middle of the park, soon earning a reputation with the Liverpool fans of being a poor player.

Rafa Returns Him To The Middle

When Rafa Benitez was appointed Liverpool manager ahead of the 2004-2005 season he immediately gave both Bišćan and his teammates cause for celebration when he told the Croatian to concentrate on being a midfielder. He soon began to earn renewed respect from the Liverpool supporters, offering excellent displays against the likes of Bayer Leverkusen, Juventus and Chelsea in the club’s run to the Champions League final in 2005. Such was his turnaround, in fact, that he was the reason for one of the Kop’s famously amusing banners.

”Super Croat Igor Biscan Used To Be Atrocious”, read the flag, expressing the opinion of many in the fanbase that he had made himself an important part of the team. Nevertheless, he didn’t make an appearance in the final in Istanbul, meaning that his final game for Liverpool was one against Aston Villa on the fifteenth of May. During his time at Liverpool he became something of a cult figure, appearing in the movie Goal! when he scored a header for the Reds against Newcastle in the movie’s final match.

It’s common for Liverpool supporters to essentially forget that players have ever played for them once they’ve left Anfield, but Bišćan’s career rumbled on. He signed for Panathinaikos when his career on Merseyside came to an end, playing for the Greek club for two years, making thirty-six appearances and netting three times. Sadly he wasn’t the player that he promised to be when he was younger, so when his contract ran out the club decided not to renew it.

After taking six months out of the game, Bišćan made the decision to re-sign for Dinamo Zagreb. Despite a rocky start to life at his old club, he soon managed to get himself back on track and was made club captain when Luka Modrić left for Tottenham Hotspur. Under his stewardship the club won two domestic titles as well as two Croatian Cups at the same time as playing in the UEFA Cup for two years running. He played on with his boyhood club until April 2012.

When the Croatian’s playing career came to an end he made the decision to take some time away from football before he turned to management, becoming the assistant manager at Croatian side Rudeš in 2016. He was named as the head coach not long after, winning the Croatian Second League title in the 2016-2017 season. He was signed by Olimpija Ljubljana of Slovenia in 2017, winning the Slovenian PrvaLiga and the Slovenian Cup at the end of the 2017-2018 season.

Despite his success there, Milan Mandarić decided to sack him as manager in June of 2018. It didn’t take long for him to get another job, however, being signed up as the head coach of HNK Rijeka in October of 2018.

A Career Worth Respecting

Despite not necessarily being seen as anything more than a joke player by some Liverpool fans, Bišćan won eight Croatian top-flight titles during his career as a player, as well as four Croatian Cups, a Croatian Super Cup and four trophies on Merseyside.

He’s also won four trophies as a manager to date, included the Croatian Second League, Croatian Cup and Slovenian PrvaLiga. Not bad for a player that was seen as ‘atrocious’ by some Liverpool supporters!

He also proved to be a player that understood his role in football. During his time at Liverpool he once said, “I’m aware I took some of the brunt of the fans’ frustration but that’s not a problem”. Despite being told by Rafa in the December of 2004 that he’d be allowed to leave the club when his contract ran out in the following summer, he still put in some excellent performances that led to him helping the club win that season’s Champions League.