Home
>
Analysis
>
Why This Year Really Could Be Our Year

The World Cup remains in full flow, meaning that the majority of people aren’t really thinking about domestic football. There are still some Liverpool supporters who are quick to criticise the owners for a ‘lack of ambition’, or attack local journalists for something that they said at the start of the summer that could yet prove to be correct, but in general most people’s heads are in Russia and the knockout stages of the biggest tournament in the international game. Apart from opposition supporters, of course, who have always got time to mock Liverpool fans for their unwavering belief that the club should enter every campaign with the intention of winning the league. You really have to ask, why wouldn’t you enter every season thinking like that? How does being negative help anyone? It certainly makes it less likely that you’ll enjoy proceedings if you think you’re going to fail before a ball has even been kicked.

All this talk of “It’s coming home” and “It’s our year” are we the Liverpool fans of international football?

Manchester United supporters don’t start each campaign thinking they’ll be lucky to get top four. The new Manchester City, fighting it out at the top of the table thanks to the wealth of an entire country, will be imagining that they can retain the title this time around. Even Spurs fans will be looking at their new stadium, the commitment to the cause of their manager and star player and believing that they have a chance of giving the big boys a run for their money. The difference between Liverpool and the two Manchester clubs is that they’ve won the Premier League and we haven’t. Yet would we really be better off entering each season with an attitude of feeling as though we should be grateful if we manage to win a couple of games? Liverpool is a team built on belief, it’s a club that has won as many trophies as it has precisely because those at the top dared to dream. We should keep dreaming, which is why I think this really could be our year.

The arrival of both Naby Keita and Fabinho means that the Liverpool team is already stronger than it was last season. Keita will give drive, passion and explosive to the midfield, whilst Fabinho will offer a level of cover for the defence that we arguably haven’t had since the days of Javier Mascherano. I was a big fan of Lucas Leiva, but I always felt that the Brazilian lacked the guile of his Argentinian counterpart. I don’t think I need to re-iterate my love of Jordan Henderson, but the England midfielder was always more exciting to watch further up the pitch than he was in the defensive third. Fabinho, however, is tailor-made to sit in front of our backline and slip in to cover both fullbacks as they go marauding up the pitch.

Fabinho and Naby Keïta now on the same side 🔴 pic.twitter.com/mjTQ3VfF98

Everyone would agree that there are still areas to strengthen, with the goalkeeper question hanging in the air and causing some people sleepless nights. There’s also the small matter of cover for the front three that hasn’t been addressed thanks to the seeming collapse of the Nabil Fekir deal. Personally I’m not convinced that that deal is dead, with my take on the matter being that there’s not much that can be done whilst the Frenchman is still in Russia. I think we want some more medical opinions and they’re only going to come once he’s back in France and we can take a proper look at proceedings. Regardless, I’m sure that Michael Edwards and his team are working closely with the Jürgen Klopp to find answers to those two questions. I’d be amazed if our summer business was over and I don’t think we’re going to be selling anyone any time soon, so we’re only going to get stronger.

Our Rivals Are Yet To Properly Strengthen

The one thing that the critics of Fenway Sports Group have conveniently been missing out when they’ve been having a go at our owners this summer is that none of our rivals have really strengthen. We’ve already brought in two players and will have designs on a couple more, whilst the only sides that have made any moves whatsoever are Manchester United and Arsenal. With United, the arrival of Fred will unquestionably give them more depth in the middle of the park but it’s not the most exciting thing ever, whilst their other big move was to tie down Marouanne Fellaini to a new deal. It’s not much better at Arsenal, with the Gunners having signed Bernd Leno to compete with Petr Cech for the number one spot.

Let me show you what Chelsea is tweeting about pic.twitter.com/GVTIt3aQXf

Manchester City might have won the league at a canter last season, but it would be stupid to suggest that they can’t improve. Yet they’ve made absolutely no moves in the transfer market as of yet, which is the same story as at Tottenham and Chelsea. The latter club don’t even have a manager in place, given that Antonio Conte is likely to be given the bullet. Rumours are that Maurizio Sarri is the man that will replace him, but they haven’t sorted that out yet. That’s to say nothing of the fact that no one has any idea how invested Roman Abramovich is in the club any more after the British government revoked his visa. None of that is to say that Liverpool are definitively in a better place than our rivals, but it’s certainly noteworthy that no top Premier League side has done any major business apart from us.

Our Team Is Settled

When Jürgen Klopp was talking about Real Madrid ahead of our Champions League final match against them he commented on the fact that Zinedine Zidane had had pretty much the same team at his disposal in all three of his finals as manager. The Liverpool side lacked that sort of settled feel, whereby the first team was sorted and other players came in to supplement them as when they were needed. Instead it felt as though we were in a state of constant flux, with the major players leaving the club almost every summer. It doesn’t feel as though that’s likely to be the case moving forward, however. Liverpool’s squad is looking settled in the main, even if we do still need to strengthen in some areas. The announcement of the tying down of Mohamed Salah to a new five year deal with no buyout clause was music to most Reds’ ears.

Jürgen Klopp believes @MoSalah‘s decision to a sign a new long-term contract is an indication of the direction in which #LFC are heading: https://t.co/rOomo5etrN pic.twitter.com/0cCjkTQQCf

Cynics have pointed to the long-term contracts signed by Luis Suarez and Philippe Coutinho as proof that they’re not worth the paper that they’re written on, but I’m not sure that the situations are equatable. With Suarez, pretty much everyone knew that the contract was really just to get rid of speculation that summer and that the Uruguayan was still likely to leave the following summer. With Coutinho, meanwhile, he signed it in good faith and was happy until the possibility of moving to Barcelona came knocking. The interest of the Spanish club wasn’t even known when he signed his contract and no other team would’ve been able to persuade him to leave Merseyside. 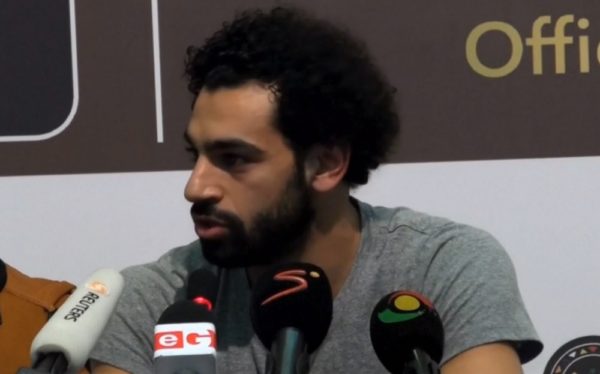 That differs hugely with the Salah situation, given that everyone knew how good he was after last season and the club will have fielded a few different calls. He’s signed because he’s happy at the club and pleased with the direction that we’re heading in. He joins Roberto Firmino in tying himself to Liverpool for the next couple of years and hopefully Sadio Mané will join them soon. Add to that the fact that the manager is also not planning on going anywhere anytime soon and you’ve got a squad that is as settled as it’s possible for one to be in football. The fact that Jürgen Klopp, his players, the supporters and the owners are all pulling in the same direction means that we’re allowed to feel confident about where this team is heading. Again, that’s not a guarantee of success, but it’s a good indication of what might happen if everything else comes together nicely.

Why Wouldn’t You Think It Could Be?

This is Jürgen Klopp’s full season at the football club. At his previous managerial posts, that’s when his methods have truly sunk in with his playing staff and he’s been able to steer them to glory. It was at the end of his third season with Mainz that he got the club promoted to the Bundesliga for the first time in the club’s history. At Dortmund, the third full season of the German resulted in the Bundesliga title. He’s a manager that requires his team to play in a certain way and with the discipline of his tactics firmly seeped into their every being. He’s also someone that learns from disappointment, given that Mainz game close to promotion several times before actually making it to the top-flight. Losses in the League Cup, Europa League and Champions League finals will have taught him a lot both about his own tactics and the mentality of his players.

The future is bright at Liverpool Football Club. pic.twitter.com/NMQjiRF6eC

Given the possibility of the club pushing on to the next level this season, it really begs the question: why wouldn’t you think it might be our year? Yes, Manchester City is an incredible team and Pep Guardiola is one of the best managers in the world football, but we beat them three times in all competitions last time out when both sides had eleven players on the pitch for the duration. Just as Klopp tends to hit his stride in his third season, so too does José Mourinho tend to burn the place down after his. Mauricio Pochettino has Spurs playing excellent but ultimately toothless football, whilst I’ve already talked about the goings-on at Stamford Bridge. I can’t see Unai Emery hitting the ground running at The Emirates, given how much Wenger was ingrained in every aspect of the Gunners, so Liverpool have a much right to believe that it might be our year as anyone else. Don’t shirk from the mocking accusation of rivals, but embrace it. Allez, Allez, Allez.