The World Cup group stages are coming to a close, with some teams heading for the exit. The reality is that not many of them are all that interesting, despite the desire of some Liverpool supporters to sign the Saudi Arabia winger Salem Al-Dawsari from Villarreal. One of the things that might result in some rumours emerging over the next couple of days is the fact that Germany crashed out of the tournament earlier in the week. Aside from the rather obvious inquest that the nation is going to have to have over issues such as the manager, there could be players that catch our manager’s eye who we can now negotiate over.

As more and more teams exit the competition the rumour mill is likely to start back up again in full force, if for no other reason than there will be less games being played. Tomorrow is the first day since events in Russia got underway that there won’t be any televised games, for example. The interesting thing from Liverpool’s point of view is that our transfer system seems to have changed in recent times. Nowadays it’s all about the long game, with players having been scouted for years rather than months. That means that there’s less chance that we’ll get caught up in the idea of signing someone just because they had a good World Cup, which I’m fairly certain is what happened with El Hadji Diouf. 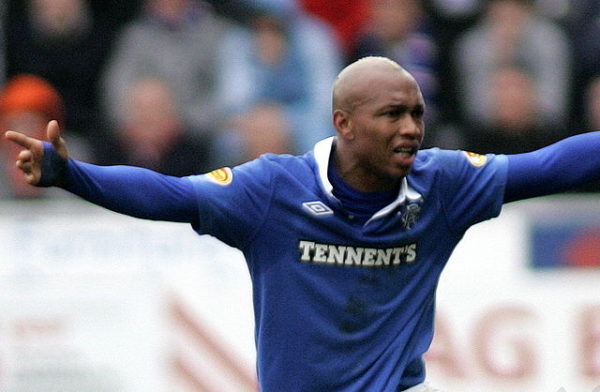 By Alasdair Middleton from Rothesay, Scotland (Diouf In DistressUploaded by Kafuffle) [CC BY 2.0], via Wikimedia Commons

The really does beg the question, why have things stopped dead since the moment Russia kicked the first ball? An obvious answer is that some of the players that we’re looking to sign are out in the former Soviet Union and there’s now no rush to get them through the door as they wouldn’t be able to appear in our pre-season games anyway. Xherdan Shakiri and Nabil Fekir seem like obvious examples of that, though they both have their own added complications to throw into the mix. Another answer might well be that the footballing world is pretty caught up in what’s happening in the tournament, as evidenced by the fact that very few transfers are happening full-stop.

Xherdan Shaqiri is being strongly tipped to join #LFC after the World Cup.

One thing’s for sure, things are going to be absolutely made once the big transfers begin to kick-off. Players that Liverpool want might be holding out to see who else is going to come in for them, just as players that are wanted by lesser teams might be keeping their fingers crossed that a team of our caliber is going to make them an offer. Everything feels a bit like it’s been frozen in time, but once it defrosts it’s going to go wild. The mix of the Word Cup and the transfer window closing sooner than in previous years means that some truly jaw-dropping deals might get done as time runs out. Given that they won’t always be good deals, the Reds just need to stay strong.

The main question on everyone’s lips is about who the Reds need to stay strong for. Here’s a look at this week’s rumours:

Liverpool have made a signing this week, but it’s gone under the radar for rather obvious reasons. No, I’m not talking about Naby Keita. I could write loads about him, but we did all that last summer and the excitement levels are likely to hit maximum if he runs out in Red against Chester next week. So who am I talking about?

Let’s be honest, seventeen-year-old attackers who are going to go straight into the Under 23s aren’t high on anyone’s list of priorities just at the moment. Even so, the Reds’ signing of Bobby Duncan is one that might just prove to be an excellent one in a few years’ time. The Manchester City starlet was highly sought after this summer and Liverpool had to do battle with a number of clubs for his signature. He’s actually the cousin of Steven Gerrard, so that probably helps to explain why Anfield was his chosen destination.

The lifelong Liverpool supporter could have signed for the likes of Juventus, Monaco and Spurs, but his heart was on Merseyside and he’s got his dream move. It’s not just a sympathy signing by the Reds, though, as the lad’s got talent. He became the first player for England at any level to score a hat-trick against Brazil and in the 2015-2016 season he notched up sixty-six goals for the Cityzens. It says something that the England Under-17s boss, Steve Cooper, continued to pick him for the national side even though he didn’t have a club last season. That wasn’t because he was rubbish, however. He left The Etihad because he felt his way to the first-team was blocked, but they valued him that highly that they kept hold of his registration.

Now you know all about Bobby Duncan and hopefully won’t say ‘Who?’ if he gets named in a Liverpool cup side between now and the end of the season. It’s the league side that needs bolstering, though, so which players have we been linked with that could help us to do just that?

There’s one name that keeps bubbling up to the surface, even though it seems preposterous upon first viewing. Marco Asensio is an extraordinarily talented attacking midfielder who made fifty-three appearances for Real Madrid last season. He’s only been at the Bernabeu since the summer of 2016, so it’s really difficult to envisage a world in which the Spanish giants allow him to leave for anything less than a monster fee. That monster fee is believed to be in excess of £150 million, which is the other thing that makes the entire thing seem implausible. 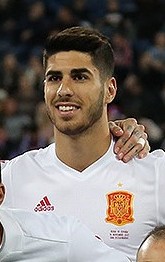 Doubtless the ‘FSGOUT’ brigade would say that that’s because the owners aren’t willing to put their hands into their pockets, but I don’t think it’s that at all. Jürgen Klopp has consistently said that he’s not the sort of manager that turns to the transfer market to solve all of his problems and everything he’s ever said suggests that he thinks spending that sort of money, which will likely be about two-thirds of our budget, would be crazy. If the player gets injured then what do you do? What if he doesn’t settle as you think he might? It’s got nothing to do with the owners and everything to do with the man making the decisions. Regardless, rumours persist and so I have to mention them. I’d love it, but I just don’t see it happening.

Perhaps my least favourite thing about this particular summer is the extent to which Liverpool’s name is being attached to every single goalkeeper that players professional football. Soon journalists might run out of pros and just start naming people who went in goal during a five-a-side once, meaning that I might have to write about myself before the window closes. Regardless, the latest link comes in the form of Lazio’s Thomas Strakosha, who is twenty-three. I think if Liverpool are going to raid Serie A for a new goalkeeper any time soon then it’s likely to be AC Milan that we towards, given that the Italian giants have been banned from Europe for a year.

The Thomas Strakosha to Liverpool speculation refuses to die down. Now, the Daily Star claim Liverpool have offered 35 million euro for the Lazio goalkeeper.

Right now, though, it’s Lazio that we’re apparently turning to, in spite of the fact that the Lazio chairman has stuck a €40 – €50 million price tag on the club’s shot-stopper. These reports are coming from Calcio Mercato, which I’m fairly certain is like Italy’s equivalent to the Daily Star. The big problem for Jürgen Klopp, Michael Edwards and the Liverpool transfer team is that we’re going to have to pay a premium for a goalkeeper, such is the extent to which everyone in football knows that we’re after one. The biggest question they need to answer is not whether they’re willing to pay it but who they want to pay it for.

It’s not just arrivals that are likely over the next few weeks, with more than a few departures also almost certainly going to happen. Here’s the biggest name heading for the exit this week:

I genuinely feel quite sorry for Danny Ings. The forward arrived from Burnley after his contract there expired, resulting in Liverpool needing to pay the club around £6.5 million; a fee that was decided by a tribunal after months of deliberating. Many people have forgotten now, but his career on Merseyside actually started quite well. He scored on his league debut when he came on for Christian Benteke against Norwich, then he scored against Everton in the Merseyside derby to ensure that we drew 1-1. Sadly, just eleven days later, he damaged the anterior cruciate ligament in his left leg and was meant to be out for the rest of the season. That was his first training session for Jürgen Klopp, a manager that many thought he’d be a good fit for. He came back for the last game of the season and then damaged his right knee the following October.

He’s been fully recovered from his hellish time with injury for a good while now, but the manager has understandably chosen to favour Roberto Firmino over him in the majority of matches. That’s meant that he’s found himself on the sidelines most of the time and when he has come in it’s been because there has been a mass rotation of players. As a result, he’s been changing places with the first-team rather than playing alongside them. Is it fair to judge him when he’s barely had the chance to perform alongside Sadio Mané and Mo Salah? Probably not, to be honest. The only time he played with them he scored a goal and should’ve won a penalty. Even so, he’s not done enough to nail down his place and, though the Reds are keen to keep him, he’s decided it’s time to move on.

Now that the group stages of the World Cup are over, are we likely to hear more rumours of players wanting to make a move? It’s possible. Let’s find out how many goalkeepers we’re linked with between now and next Thursday…