In the week when Liverpool played their first home game of the new season and secured their second win; Daniel Sturridge confirmed he’d be heading back to Melwood soon and hoped to be involved in the game against Manchester United in September; and Reds fans remembered the day that Xabi Alonso and Luis Garcia were signed back in 2004; the club was linked with moves for plenty of players. Most of the links came in the tabloids, so we’d understand if you didn’t really want to dirty your mind or hands by reading them. Fear not, though, as you don’t need to! We’ve scoured the depths of the papers to find all of the stories linking LFC with moves for players this week. Enjoy! 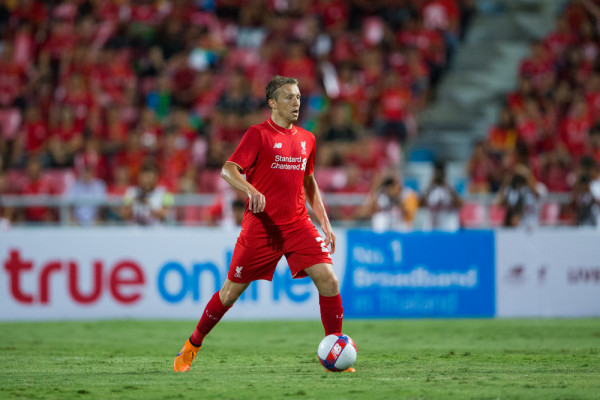 The Turkish side Besiktas have confirmed that they are in contact with Liverpool over the possible signing of the Merseyside club’s least Brazilian Brazilian player of all time, Lucas Leiva.

Lucas is rumoured to have fallen out with Brendan Rodgers during the summer, with the Northern Irishmen feeling that his only recognised holding midfielder has lost too much pace to fit into the team and is now his 4th choice.

The Liverpool Echo are reporting that Besiktas would like to take Lucas to Turkey on a season long loan and, seeing as though Rodgers has stated publicly that he sees Emre Can’s future as a holding midfielder and has left Lucas out of his match day squad for the first 2 Premier League fixtures, it seems likely a deal could be thrashed out in the next few days.

The Black Eagles need a new midfielder after both Toglay Arslan and Veli Kavlak have succumbed to early injuries, with the head of their transfer committee, Erdal Torunogulları, saying, “Lucas is a player on our shortlist, talks are ongoing”.

Plenty of Reds’ fans would be disappointed to see Lucas leave, believing that Can still has plenty to learn before he can become a regular, Henderson is better when he’s pushed further forward and Allen just not being good enough to be a regular for Liverpool. If Rodgers doesn’t rate him, though, keeping him on the books seems like a mistake. Wait and see how this one pans out.

Moving on to possible incomings, The Daily Mail have abandoned their normal routine of articles decrying the sexualisation of youngsters on one page whilst showing pictures of attractive Hollywood teenage starlets on another in order to comment on Liverpool’s transfer activity. Today they’re claiming that the Merseysiders are monitoring the contract situation of 19 year old Dani Ceballos.

The Real Betis wonder kid has 12 months left on his contract but a buyout clause od just £8 million. Not bad for a player who starred in the middle of the park for Spain’s Under-19 team during their recent European Championship triumph.

The Spaniard, who has been labeled as ‘the new Cesc Fabregas’, can also play on the right of midfielder and is being watched by not only Liverpool but also Real Madrid and Roma. If he decides not to sign a new contract with Betis then he’ll be able to sign a pre-contract agreement with one of those clubs and his current side will receive little in the way of compensation. He scored 5 goals in 33 appearances last season, helping Real Betis gain promotion back to La Liga. 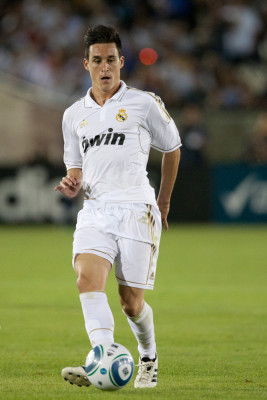 TalkSport are adamant that Liverpool and Arsenal will battle it out over a whole host of players before the end of the transfer window, with the latest name linked with both clubs being that of Jose Callejon.

Apparently Napoli, the player’s current club, have slapped a £14.5 million price tag on the striker in the face of interest from the two English clubs. Why these players put up with consistently having things slapped on them is a question for another time.

The player has three years left on his current contract, meaning that Napoli aren’t in a rush to sell him, but his agent has muddied the water by suggesting that he will consider any offers for his services this summer and is especially keen to play in the Premier League. There’s nothing like making your current team feel loved, hey?

Liverpool are on RED ALERT, according to The Daily Telegraph, after Thiago Motta confirmed that he is ‘open’ to a transfer away from Paris St. Germain this summer. We’re not for one second suggesting that The Telegraph are trying to make a story out of nothing, but here’s the quote from the player in full, responding to the suggestion that he’s not for sale:

“I know my importance in the team, but the club don’t think like that. I respect what the president has said, even if I don’t agree with him. The transfer window is open. We’re going to see – I’m open to every situation. We have to find an agreement for the good of the club. The important thing is not me, the hierarchy, or the players. The important thing is the club. I don’t like to speak like that – I always talk about the team. But now we have a situation where I have to think about myself”.

Other than being one of the most wishy-washy statements ever made, that’s hardly a ‘come and get me’ plea. The suggestion from The Telegraph, however, is that Brendan Rodgers is keen on the player and thinks he can add a bit of steel to Liverpool’s midfield. We’re not totally convinced by that, to be honest, with Liverpool’s midfield already being pretty full up and the current setup being based around pacey, intelligent players. Motta may well be a Champion’s League winner, but he’s 32 years old and not getting any younger. Like the player himself, we don’t see any legs in this one. 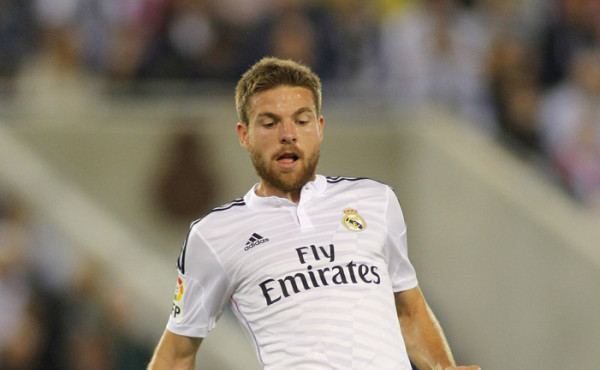 Heading back to TalkSport now, and the paper is convinced that Liverpool are ‘weighing up an offer’ for Real Madrid’s Asier Illarramendi. What this weighing up entails we’re not quite sure, especially considering we’ve written about this particular player several times before. The link to the player is almost as tedious as the notion that Arsenal are going to sign Karim Benzema: linked forever, seemingly never going to happen.

The thing that adds a touch of comedy to this particular rumour is the fact that it’s gained strength following on from Real’s decision to sign Mateo Kovacic, a player Liverpool were meant to be so close to signing many didn’t understand why the player wasn’t in the team’s starting XI versus Stoke.

Now, James Pearce is one of the most respected journalists with links to Liverpool and he said in an online chat last week that, to the best of his knowledge, the Reds have no interest in signing Illarramendi. Who should we believe, a local journo with loads of links to the club, or the radio equivalent of a tabloid newspaper that is desperate to get people to click on its links? It’s a tricky one.

Despite the fact that Real Sociedad are favourites to land a player that used to play for them, and the knowledge the Liverpool’s midfield is now very well stocked indeed, plus the knowledge that Brendan Rodgers has never bought a defensive midfielder as manager of any club, TalkSport still think the Reds are going to come in with a big money offer for the player. Don’t hold your breath, that’s our advice… 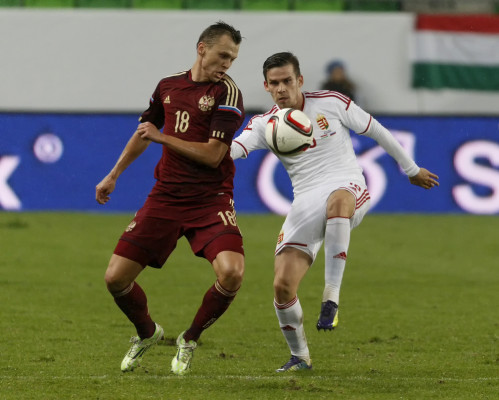 The Metro, that oh so reliable location for all sorts of rumours and news and a paper that has never made stuff up as they were going along, have gone one further than TalkSport. They think that Liverpool are not after just one Real Madrid player, but two!

That’s right, The Metro are claiming that Liverpool are weighing up offers for both Asier Illarramendi and Denis Cheryshev. Illarramendi is a possible replacement for Steven Gerrard, according to the tabloid, and Cheryshev is a natural fit for the wide role abandoned by Raheem Sterling when the youngster departed Anfield for The Etihad.

Having spent last season on loan at Villarreal where he made 40 appearances in all competitions and scored 7 goals, the 24 year old could be available for around £14.2 million. The fact that Jordan Ibe has struggled to make an impact in Liverpool’s first two games could encourage Rodgers to dip back into the transfer market for a player that is no longer part of the plans at Real Madrid, and Cheryshev himself will presume he’s more likely to get regular appearances at Anfield than at The Santiago Bernabeu. 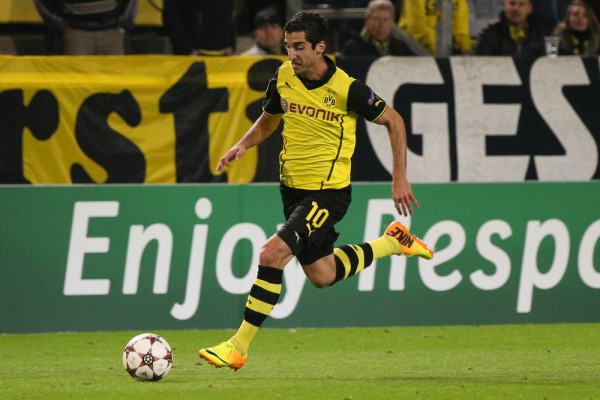 Remember when Liverpool were linked with a move for Henrikh Mkhitaryan and everybody went mental at Ian Ayre when they failed to sign him? Well good news, it looks like it’s all about to happen again!

That’s right, The Independent reckon that the Reds could be planning a late swoop for the attacking midfielder who signed for Borussia Dortmund in 2013. Mkhitaryan has played 94 games for the German side since signing, scoring 24 goals and getting 20 assists, yet all is not well in the state of Dortmund. Back in February his agent said, “Henrikh wants to leave Dortmund at the end of the season. We will have to wait and see what we can do”, and it seems that that quote is what has given The Independent the idea that the Reds could make another move for him.

Juventus are also meant to be interested in acquiring the 26 year old Armenian’s signature, with a fee of around £15 million being the likely number either team will have to stump up if they want to get him.

He would be a good signing for a Rodgers team, especially bearing in mind that Jurgen Klopp played a high pressing game similar to that used by the Northern Irishman at Anfield. This rumour has the whiff of truth to it, despite Liverpool’s already over-full midfield department. We reckon it’s something along the lines of 50/50.

The last rumour for the Reds concerns a possible move for Marco Verratti, at least according to The Daily Star. Much like with The Daily Telegraph’s report about Thiago Motta being based around quotes that don’t quite match the story, here’s the quote, from goal.com, that The Star has used to insist Liverpool are now on red alert:

You never know what the future brings. I am fine where I am now and I am not thinking about a transfer. I will consider my options the day I no longer feel good at PSG or when the club wants to sell me but England, Spain and Italy are all options. What matters most is the project”.

Whoa! How haven’t PSG fined him and immediately sacked him?! He’s ‘fine’ where is and ‘not thinking about a transfer’? Ian Ayre should camp outside his house right now! The 22 year old midfielder knows that Barcelona are interested in him and are lining up a move for his services at some point next year, so quite why The Star think he’d rather go to Anfield we can’t get our heads around. You heard it here first, though, a player is happy where is and isn’t interested in a transfer: cue anger when Liverpool don’t sign him up.