In a week when Jurgen Klopp’s agent gave an interview in which he not so subtly suggested that his client was more than keen to manage Liverpool, when Colin Pascoe joined Mike Marsh heading out of the door, and when Steven Gerrard, Glen Johnson and some youngsters officially left the club, LFC have been linked with a whole host of players in the transfer market. We’re having a look at the key rumours that have emerged in the press.

It’s a done deal! The transfer of Burnley’s hit-man, who scored 11 goals in 37 appearances for the Northern club last season, has finally gone through. Despite a late show of interest from Spurs, who reportedly had a £12 million bid accepted by Burnley, Liverpool announced on June 8th that they had signed Ings subject to a medical. He’ll join the club when his contract runs out at Burnley on July 1st. The only thing still to be decided is the amount Liverpool will have to pay for him. They want to pay about £5 million, but Burnley want more like £10 million. If they can’t figure it out between them then the amount will be decided by a tribunal.

It’s a done deal! The 27-year-old has joined both Ings and James Milner by signing for the Reds on a free transfer. Having made over 100 appearances for Bolton since signing for them in 2007, Bogdan agreed personal terms with Liverpool today. He’s another one who’ll join the club on July 1st when his current contract expires. 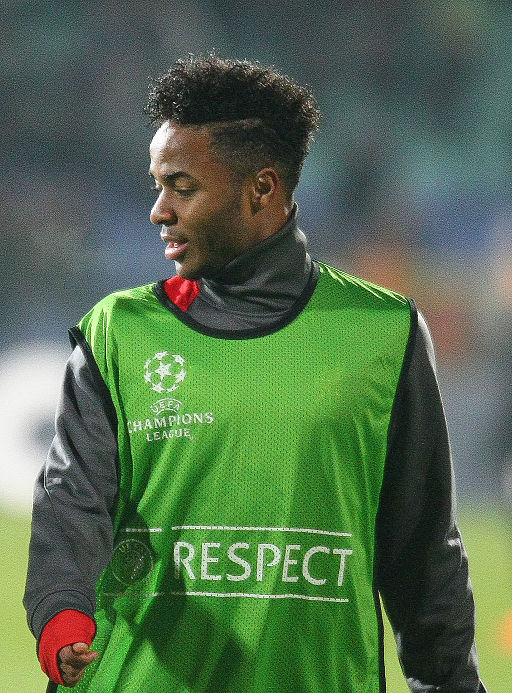 Yesterday, Oliver Kay at The Times announced on Twitter that Liverpool had rejected a £30 million bid from Manchester City for Raheem Sterling. The England winger has made no secret of the fact that he wants to get away from Liverpool this summer, and City seems to be his most likely destination. Liverpool won’t let him go to a rival unless they receive an offer that is too good to turn down, and The Mirror reckon City will return with an improved £40 million offer soon. Even that may not be enough to tempt Liverpool, though, so expect this one to run and run.

Another potential out at Liverpool is that of Fabio Borini. The Italian has finally grown tired of his lack of chances at Anfield and decided it’s time to move on. The Mirror has quotes from his agent that say that he’s ready to leave the club if the right offer comes in. The Liverpool hierarchy won’t be overly disappointed at that news, given that they reportedly tried to offload him to both Sunderland and QPR last year.

The Express are reporting that Liverpool and Manchester United have received a boost in their attempts to sign Nico Gaitan from Benfica after the Portuguese club signed QPR flop Adel Taarabt on a free. Both clubs seem to have been linked with the Argentine attacker since the dawn of time, and are gearing up to go head-to-head in a battle for his signature.

The always reliable* Metro have said today that Liverpool have agreed a fee of £16.6 million for Inter Milan’s marauding midfielder Mateo Kovacic. Inter are meant to be reluctant to sell the Croatian, but Brendan Rodgers has reportedly made him his number one transfer target as he looks to try and replace Steven Gerrard. Something of a box-to-box midfielder, Kovacic would be a welcome addition to the Liverpool squad. Though given that Inter signed him as a replacement for Philippe Coutinho, it’s not immediately clear where about he would play in the team.

*Never reliable. Though the same story is in the Express if you want a second opinion…

Back to the Metro, and this time reports abound that Liverpool are looking to sneak ahead of Chelsea as the Blues try to sign Douglas Costa from Shakhtar Donetsk. Another attacking midfielder who could add goals, the 24-year-old has impressed since signing for £4.4 million, and has caught the eye of Jose Mourinho at Stamford Bridge. Not sure how many more midfielders Liverpool can add before they need to look elsewhere, mind.

We continue to alternate between the Metro and the Express, this time with the latter saying that Liverpool and Arsenal are still waiting for Jackson Martinez to make a decision about his future at Porto. It had seemed that the Colombian striker was set to move to AC Milan, but his agent has left the door open for other offers by saying that the agreement with AC “has not yet been completed”.

Stephan El Shaarawy’s brother and agent, Manuel, has suggested that his client could yet move away from AC Milan according to the Express. The 22-year-old striker has recently become the subject of speculation from Arsenal, Manchester United and Liverpool. Manuel said that he’s “happy” at the San Siro, but that “anything can happen in a transfer window”. Including a move to the Premier League? It’s possible, and he’s just the right age to fit in with FSG’s aims of targeting youth.

The Mirror are reporting that Liverpool will need to fight Tottenham and Southampton in their attempts to sign Burnley’s right back Kieran Trippier. Rumours have it that the 24-year-old has a £3.5 million release clause in his contract, and Liverpool are in need of a right back after letting Glen Johnson’s contract run down this year. Given that the Reds seem to be trying to bring in players in non-essential positions on a free or for cheap, he could be an ideal option.

Ah the Metro, where made-up transfer stories go to die. This time they are suggesting that Liverpool have had an offer of £7.3 million accepted by Barcelona and now just waiting to agree personal terms with the Spanish full-back. It isn’t 100% nonsense, of course, as Dani Alves has agreed to extend his contract with the club. Montoya has been a useful back up to Alves, winning 4 trophies in 4 years at Barcelona.

Liverpool continue to try to persuade Alexandre Lacazette to join them this summer, with Lyon doing everything they can to keep hold of their striker. The 24-year-old was Ligue 1’s player of the year last season and could be a marque signing for the Reds after the useful but under-whelming signings of Ings, Milner and Bogdan.

When Liverpool lost Luis Suarez to Barcelona, their attacking options lost a certain amount of bite. They could no longer lead from the front and last season they lacked the ability to press their opposition in the same way they did when the Uruguayan led the line. Now TalkSport are suggesting that Liverpool could try to fill that gap in their frontline with the whirling dervish that is Carlos Tevez. The 31-year-old doesn’t quite fit the bill as far as FSG’s concentration on youth is concerned, but the 29 goals he scored in 48 appearances for Juventus last season could make them change their mind.