As I said when I wrote about the friendly we played against Chester, it’s an odd thing to write about friendlies. They aren’t important in any way, shape or form, yet we all look at them in minute detail and try to read the runes of what they tell us about the forthcoming season. There are plenty of opinion pieces about last night’s 3-1 loss to Borussia Dortmund, but not many of them seem to mention the fact that the lads did a full training session in the morning and that it was in excess of thirty degrees out there. As a result, any over-thinking that anyone decides to do about it is decidedly daft. Then again, there are certain things that we can look at and make entirely fair judgement calls. If the manager had decided to play one up front and five at the back in every game then it wouldn’t be outrageous to think that he’s considering a formation change ahead of the forthcoming campaign, for example.

Jürgen Klopp hasn’t been doing that, of course, but you can see what I mean. There are some things that we can infer or talk about it without it being made useless by the timing of training sessions or the temperature during the match. The main thing that’s idiotic in terms of reviewing friendlies is the idea that they in any way reflect what would happen in a real match environment. As an example, one of the friendlies that’s taken the most seriously and often involves the teams and squads that will be used by the competing club in the following season is the Community Shield, yet Arsenal have won it in three of the past four outings at the same time that the club has felt as though it’s coming apart at the seams. If that’s the case with the match teams take semi-seriously, how can we possibly judge how Liverpool’s season is going to go when most of the big players aren’t even on the pitch yet? Here, then, are the sensible things I took from last night.

Karius Should Be Taken Out Of The Firing Line

I don’t often disagree with Jürgen Klopp’s choices, even when some of our fanbase are on his back over his substitutions or other in-game decision making. I can normally see the logic of it, which allows for me personally choosing to trust his judgement. Yet it has no reached the stage with Loris Karius that I have no idea what the manager is thinking. The goalkeeper has had a torrid time of it of late, from the moment he got smacked in the head by Sergio Ramos and then made some mistakes that, whether his critics like admitting it or not, were influenced by him suffering a concussion. Since the moment that he unwittingly rolled the ball on to the foot of Karim Benzema, the German has suffered a crisis of confidence. That he followed that mistake up with another in the biggest game of his career certainly won’t have helped.

I can absolutely understand why Klopp wanted to play him in the pre-season in general. It was important to give him a chance to bounce back immediately and I think the manager will have wanted to test his mental strength. After all, virtually everyone feels that Simon Mignolet’s time at the club is up, Danny Ward has been sold to Leicester and there’s no sign of us signing a back-up shot-stopper, so the manager will have wanted to see whether he could be our second-choice ‘keeper next season. That him making a mistake in the warm-up before the game against Chester made the news should’ve made Klopp realise that he’s going to be scrutinised intensely for the foreseeable future. When a Tranmere player chose to shout abuse at him on the pitch during our friendly against them at Prenton Park was disgraceful, but Klopp should’ve decided at that point to take him out of the firing line. 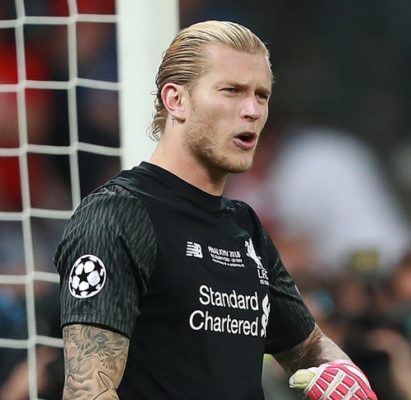 I really liked Karius when he arrived at Anfield. Unlike some, I thought he performed well when he came in to replace Mignolet for the first time, though there’s no question he should’ve done better in certain instances. I wanted him to succeed and I still believe that the reputation he arrived with from Mainz means that his default is that of a high-level goalkeeper, not a poor one. However, I think it’s clear from the pre-season so far that his confidence is shot to pieces. He doesn’t seem to be able to do even the most basic of things and I’m not sure I understand how it’s doing him any favours to keep playing him. From the sarcastic cheers emanating out of the stands when he does even the most basic of things through to the column inches like this being taken up writing about him, the lad is under more scrutiny than can possibly be healthy.

Karius doing what he does best for Liverpool earlier 😂😂 #lfc pic.twitter.com/SeoMj4GOmh

Opposition fans will revel in it at every opportunity, but worse still are the people who claim to support the club but who seem to be enjoying his downfall. I’ve seen some morons say things like ‘the Champions League was a big thing for him for nine months but for us it’s out entire lives, I don’t care about him getting abuse’. That’s utterly disgraceful as far as I’m concerned, but it’s indicative of a fanbase that simply doesn’t have the willingness to watch a player find his form whilst struggling. In the past, Klopp has shown that he doesn’t care a jot about what the supporters think of various players and situations, but in this instance I think he’s wrong. I think that Karius’s Instagram post from yesterday shows that he’s not in a good place and the manager isn’t helping him by continuing to play him when he’s so out of form. He took three goalkeepers off to the US, so it’s time for him to use the other two.

There are a number of people who support Liverpool and love the idea of Daniel Sturridge reviving his career at Anfield. I must confess, I’m not one of them. That’s not because I don’t like him; if anything, the opposite of that is true. I have always loved Sturridge and never bought into the idea that he’s ‘lazy’ or selfish. I think he has the right level of arrogance for a striker and when he was at it in the 2013-2014 season he was one of the best strikers on the planet. The reason I don’t buy into the same theory of it being amazing if he can revive his career at Liverpool is that it’s been more than four years since I saw him at his best. A combination of injury problems and other players being in better form when he’s been fit mean that I haven’t been able to enjoy watching him since the days of he and Luis Suarez terrorising defences in the Premier League the year we nearly won the title.

Klopp on @DanielSturridge: “Who doubts Daniel Sturridge when he is fit? I don’t. He is still young enough. He has natural arrogance. When something doesn’t work he doesn’t disappear for 10 mins. The second-half without Daniel was completely different. I am fine with him, 100%.”

We’ve been here before with the former Chelsea man, too. In fact, this time last year we were having exactly the same conversation. He’d played well in pre-season and people were wondering whether we might be able to get one more season out of him, only for him to pick up injuries and knocks and disappear into the recesses of the squad. When he was loaned out to West Brom and then missed the majority his time there with more injuries, I thought that would be the last we’d see of him. The manager has played him quite a lot so far this summer, however, and the noises he’s been making are suggestive of the idea of him being kept around. It makes sense, given the lack of cover for Roberto Firmino at the level that the Brazilian plays at. If Sturridge can stay fit then he’ll offer genuinely competition for him, but it’s such a big ‘if’ that I remain entirely unconvinced.

The Other Backup Strikers Aren’t Convincing

Part of the reason I do think Sturridge might still have something to offer is that he’s not being given much competition by the other backup strikers that are being given game time on the pre-season tour. Divock Origi looked like he had all the makings to become a real handful for defenders when he hit form under Klopp back in 2015-2016. The goal he scored against Borussia Dortmund in the Europa League quarter-final was demonstrative of a player full of confidence and doing what the manager was asking of him at every opportunity. The extent to which the injury inflicted on him by Funes Mori in the Merseyside derby disrupted his rhythm cannot be understated, therefore. It killed all of his momentum and he’s not looked anything like the same player since. He doesn’t seem to have the tactical discipline needed to play in a Jürgen Klopp team, as evidenced by the screaming and shouting at him that the manager had to do last night to get him to make the correct runs.

Think the massive issue with Divock Origi is his persistence to be the kinda striker that he’s not, he shouldn’t be asking for the ball to feet and trying to dribble and beat players, he should be make clever runs in behind, holding the ball up being a presence,

Then there’s Dominic Solanke. Personally. I’m a big fan of the former Chelsea youth prospect. I think he’s got the tactical understanding that Origi lacks, even if he’s been struggling for goals of late. I do think there’s a drop-off from the likes of Firmino and Sturridge to him, but he’s young enough to make that up with some experience. The problem we’ve got is that he doesn’t seem to be developing at the rate that is necessary for the manager to turn to him regularly in the upcoming season. We need a striker who can come in and replace the Brazilian when he’s tired or injured and I don’t think Solanke is yet the man to do that. I’m also not sure that he necessarily gets the experience he needs on loan, given that we’d need to send him to a club that’s going to play him all of the time and that has a manager that asks tactical puzzles of his players. Where is it that he could go that would do that? I’m not sure there is anywhere, but I’m also not sure that he’s doing enough at the moment to warrant being kept around Melwood.