The televised fixtures of the FA Cup third round often throw up names you’ve never heard of and faces you don’t recognise. The television companies feel there might be a famed ‘giant-killing’ so they send their cameras out to capture some players that nobody knows anything about trying to make an impression on the powers that be. But enough about Liverpool’s team selection.

The match against Exeter is a difficult one to write about. For starters I recognised very few of the players, a fact that was compounded by the fact that every time I thought a certain player was doing quite well it turned out to be one of the other lads that I was watching.

Whilst some members of the media might have claimed that Jurgen Klopp was ‘disrespecting the FA Cup’ by playing a weakened team, for most Liverpool fans were delighted to get a proper look at some of the younger members of the squad and see how they respond to adversity. Ironically the manager’s decision to rest his stars means that, if anything, the magic of the FA Cup was more alive than usual.

The Kids Are Alright

There are some Liverpool fans who genuinely watch the Under-21 games whenever they can and keep tabs on all of the club’s players who are out on loan, monitoring their development and looking to see whether they’ll ever be good enough for the first team. Some supporters don’t do that and just pretend they know what’s going on based on other people’s tweets.

There are plenty of us, however, who willingly admit our ignorance. We’ve heard names like Suso and got excited only to be disappointed when they’ve never broken through into the first XI, so we just don’t bother looking out for them any more.

For that reason the chance to see the kids in a blood and thunder game against lower league opposition was just what the doctor ordered. An opportunity to find out what the future could hold for the club if some of these players break through and push on for a starting berth.

8 of the @LFC squad this evening are 19 years old and under, with only 3 players being over the age of 22.

Injuries, fatigue and number of games have all taken their toll on Liverpool’s squad and only an idiot would suggest that Jurgen Klopp should have gone with a stronger team against a club that is in the fourth tier of English football. Aside from the fact that we need to rest as many people as possible, the experience the youngsters gained tonight will set them in good stead for any time they need to step up to the plate and help out the first team in the future.

There’s also an argument, as unpopular as it would be, that the kids are better equipped to deal with games against lower league opposition. For starters they’ll lack the arrogance of players that assume they’ll win merely by showing up. But on top of that the youngsters are used to playing on poor quality pitches against opponents that will kick them as soon as try to pass it past them.

Of course, it’s tricky to judge the players based on tonight’s match. Will lads who did well on a boggy pitch against an Exeter team who were well and truly up for the fight be able to do just as well against the likes of Southampton or Tottenham? Probably not. And yet Teixera showed touches of class that made him stand out head and shoulders above anyone else on the pitch. Ryan Kent looked full of speed, intelligence and good movement, even if he has been watching Philippe Coutinho’s trademark ‘cut inside before smashing a shot into an onrushing defender’ move.

Would love to see the first team respond like that more often! These lads showing a lot of our senior players up already. #LFC

It was mildly ironic that it was the senior players who looked most lost at sea when up against Exeter’s young triers. Jose Enrique was suitably abysmal, ending the match with a shirt that looked clean enough to suggest that he didn’t even see the mud, let alone try to make a tackle in it. Benteke suffered from a lack of decent service, but he still failed to look like a £32.5 million pound player who has led the line for club and country. As for Adam Bogdan, well… read the next section. 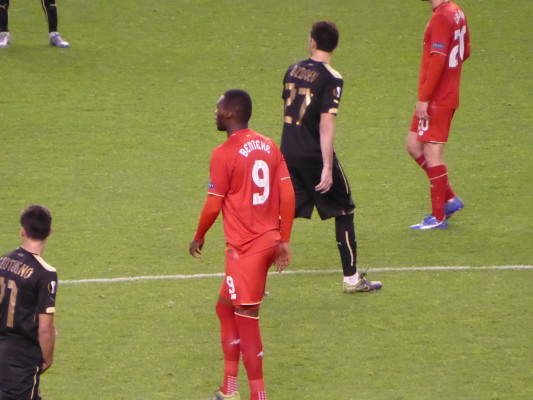 Of all the players who made it on to the pitch for Liverpool the aforementioned Teixera and Kent looked worthy of consideration for the future, as did young Sheyi Ojo when he came on and Pedro Chirevella in the middle of the park. Cameron Brannagan looked good at the back and Thiago Illori ran himself into the ground in order to make a mockery of Aston Villa’s decision not to play him.

All of the talk after the match was around the fact that playing at Anfield will be a brilliant experience for the Exeter players. Far more important than that, though, will be if Jurgen Klopp decides to stick with the kids in the replay. If they thought they gained some knowledge of what it’s like to play in a massive game tonight, just wait until they have to do it again in front of the Kop. It’s the reward their play deserves.

Simon Mignolet’s problems between the sticks have been well documented, so I won’t bother going into details over them here. Sufficed to say, though, that he’s far from reliable and always has at least one mistake or two in him. For that reason he could, at the very least, do with a decent number two to keep some pressure on him in the future.

Bogdan couldn’t save a word document!

For reasons that escape the understanding of pretty much anybody that’s ever seen either Mignolet or Bogdan play, Jurgen Klopp has reiterated the notion that he doesn’t want to buy a goalkeeper in January. If Bogdan’s mistake against Watford didn’t make the German reconsider his position, surely tonight’s performance will have done.

Plenty of focus will be on the second goal, where Exeter scored directly from a corner, but the first was, for my money, significantly more embarrassing. He seemed to drop down to save the ball in increments, getting his positioning all wrong and he wasn’t even remotely close to the ball as it came in.

For the second goal he is absolutely disgraceful. How he didn’t do better when the ball came into the box is absolutely anybody’s guess. He showed no strength, no positional awareness and no desire to try to do his job and stop the ball from going into the back of his net. For a goalkeeper to concede directly from a corner against League Two opposition is absolutely criminal and he should not be allowed anywhere near the Liverpool first team again.

Our goalkeeping coach is stealing a living

Questions must surely also be asked of John Achterberg. The goalkeeping coach has been in charge for some of the most questionable shot-stopping in Liverpool’s history. Even Bruce Grobellar was regularly more reliable that the ‘keepers we seem to need to rely upon.

Simon Mignolet is far from perfect, but it’s generally accepted that he’s a good shot-stopper. Adam Bogdan can’t catch the ball, he can’t kick the ball, he can’t deal with crosses and he can’t stop shots. The question of what exactly he can do remains to be seen.

In the coming months and years Jurgen Klopp is going to over-see one of the biggest overhauls Liverpool Football Club has had to endure arguably since the days of Shankly. The overhaul will not just be of the playing squad but also of the attitudes towards the team from the fans, and the attitudes of club officials towards the fans.

One of the best places he could start, though, would be in the number one position. At the very, very least he needs to bring someone in that will offer genuine competition to Mignolet. Past that he could do with bringing someone in that will not only challenge the Belgian but also surpass him. Someone who can give the defence confidence in games and give the strikers a challenge in training. There are only upsides to bringing in a top class goalkeeper, whatever the cost. 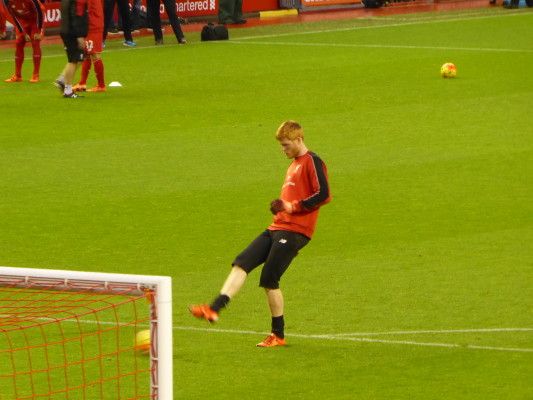 Back to Exeter, though, and the horrendous performance of Adam Bogdan. should be the final nail in his Liverpool career’s coffin. He might blame the pitch, or the conditions, or the uncertain back four in front of him. At the end of the day, though, his performance wouldn’t have been good enough had he been in between the home team’s sticks let alone ours. It’s time to say thanks but goodbye to Bolton’s former reserve team ‘keeper and look for something better. We’re in the perfect month to do just that.