In the cold light of day, is it possible to look at the Sevilla match and ask just how much it was a “collapse”? Looking back on the game, the Reds didn’t actually play that well in the first-half. Sevilla had a number of chances, only failing to get on the scoresheet because of the actions of Loris Karius in goal. Liverpool, on the other hand, scored from two corners in a routine that had clearly been worked on and a Firmino goal that was pretty much textbook for a Jürgen Klopp team. In the second-half Sevilla increased the verve & vigour with with which they played, perhaps spurred on by information about their manager’s health issues. They matched our sloppiness with clinical finishing that we lacked.

The reality is that we were lucky to be 3-0 to the good going into half-time and unlucky to concede three in the second. A draw, then, was perhaps a fair result. The only question now is just how many ramifications there are in the wake of that 3-3 scoreline. Alberto Moreno was something of a scapegoat, having endured a torrid fifteen minute spell that gave his old team two goals. Given that he was returning to his former club and his son was born just three days before, i’m prepared to give the left-back the benefit of the doubt. How he responds is crucial to his future in this side. Jordan Henderson was also lambasted by some sections of the fanbase and it’s true that he wasn’t at his best. But where was Coutinho in the second-half? Where were Mané, Firmino & Salah? They’re question that need answers, so would we get them against Chelsea?<\p>

Klopp obviously saw things differently to me, so he went as strong as possible against Sevilla and rotated some key positions ahead of this match. Was it a mistake? Hindsight is always 20:20, but few felt much confidence when the team sheet was revealed. It was an interesting decision from Klopp and one that adds to a list of questionable choices that the manager has made in recent times. It’s perfectly understandable that the German would want to use his squad and he should. 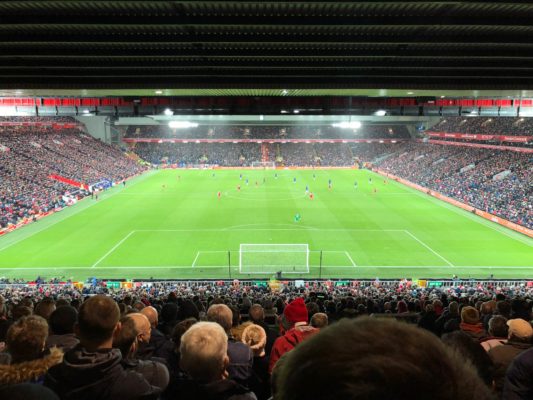 Y does James Milner really have what it takes to cope with a fast-paced Premier League midfield? His performance against Tottenham suggested not and his performance today confirmed as much. He was terrible in the first-half and only a touch better in the second. Should Milner have lasted the ninety minutes? Not in my opinion.

Speaking of poor decisions by the manager, leaving our number seven on the pitch for the duration of the match wasn’t the only one he made. The match was crying out for changes ten minutes or so into the second-half, so why did Klopp leave it for so long to make them? Milner wasn’t the only one having a stinker, with Philippe Coutinho barely doing anything right. I’m fairly certain that the manager decided before the game started that he would swap the Brazilian for Adam Lallana, with the only problem being that the England midfielder isn’t fit enough to play for much longer then ten minutes or so. The issue is that the match itself panned out in such a way that leaving Coutinho on for more than eighty minutes left us lacking intelligence in the final third.

How is Mané not on here. The opportunity to counter has been here for 25 minutes.

It felt as though the manager made certain choices before a ball was kicked and was reluctant to change them despite how the game was panning out in front of him. Perhaps, for example, he decided to give Sadio Mané a rest and that’s why we didn’t see him until it was far too late for him to make a difference to the outcome of the match. Daniel Sturridge might have scored two in his two appearances prior to this one, but he was never in the game and was constantly dropping too deep given he was meant to be our main outlet. Presumably the manager also chose to rest Roberto Firmino tonight and that’s why his industry and intelligence wasn’t used either. Before kick-off every supporter looked at the team and felt that the starting eleven wasn’t brilliant but that the bench was strong. That’s all well and good, but if the manager doesn’t use said bench then what’s the point?

Two Good Results, Two Bad Ways To Get Them

If you take any sense of footballing arrogance out of the situation and look at it with plain eyes then there’s no question that a draw in our most difficult Champions League group game away from home as well as a draw with the defending Premier League champions are two decent results. A point that means we remain unbeaten in Europe and in pole position to finish top of the group combined with a draw at home with a top four rival are truly not results to complain about. The issue, therefore, isn’t with the results but the manner in which we got them. From one-nil up to one-all isn’t as disappointing as from three-nil up to three-all, but the two games had similarities. Once again we’ve conceded late in the game, despite trying to contain the opposition.

Two decent results in a week that feel like bad results

This all feeds into the narrative that we can’t defend a lead, which in turn feeds the nervousness of the supporters when it gets late in the game and we’re defending under pressure. It will also get into the heads of the players, regardless of how many times they’ve faced identical situation and dealt with them successfully. Next time we’re only a goal ahead and there’s ten minutes or so in the game, how will everyone respond? These are the sorts of questions that the manager needs to answer. Is it purely about personnel, or is it mentality? If it’s the former then we’ll be waiting until January at the earliest to solve the problems, whilst if it’s the latter then they won’t go away until the manager accepts the weaknesses in the squad. Klopp is a brilliant manager, but his blindspots are all too apparent and opposition managers are continuing to take advantage of them.

For the second game in a row, Jordan Henderson didn’t perform as well as we know he an. For the second game in a row, some supporters have decided that the fault of the entire performance lies at the feet of the captain. It’s perfectly ok to say he didn’t play that well but that we should have done better as a team. Fans seem to be furious with him that only plays short passes (which he doesn’t) whilst also annoyed that he doesn’t have the ability to play better balls (he does). Accusations of him bottling challenges were bandied about today, in spite of the fact that the manager clearly doesn’t believe in blood and thunder challenges. Henderson, like Firmino, is brilliant at nicking the ball from a player whilst stood up, putting him on the front foot. For supporters, that means he’s weak in the challenge.

There’s now a worrying narrative around the midfielder that means anything he does do goes unnoticed, with supporters too keen to slag him off to appreciate his good qualities. Even more frustratingly, other players are able to have significantly worse games, not helping the team out in any real way and resulting in us being under real pressure. To be clear, I don’t think Henderson’s played well over the past two games. I have no problem with him being criticised, I just think that the criticism should be fair and other players shouldn’t be let off scot free because people are so obsessed with attacking the club captain. Perhaps we need a better player to fit into the deepest lying midfielder role. Perhaps we need a better captain. The trouble is, neither of those things are currently in our squad, so stop attacking Henderson and judge the players equally.

I mentioned in the intro that Alberto Moreno deserved the benefit of the doubt and Jürgen Klopp obviously felt that way too. Andrew Robertson might well be wondering what he needs to do to get a game, but the Spaniard has only had one bad match since the season began. He was solid again today, helping the attack out and recovering well a number of times defensively. Given he’s widely accepted as being such a weak link in the team, it’s odd how many times teams choose to target other parts of our system than him.

Moreno was excellent today too.

Again, I have no problem with Moreno coming under criticism when he doesn’t play well. He was poor for fifteen minutes in the match in Seville and deserved the questions his performance garnered. But when a player only has one bad game to his name since the start of the season, those that chose to criticise him at every opportunity might just have to admit that they’ve got a personal problem with him. There are issues with this Liverpool team, but the Spaniard truly is the least of them.