Two disappointing results in a row prior to kick-off left the Kop feeling like they wanted something of a response from Liverpool. Neither result was disastrous in and of itself, with five goals conceded to Manchester City no major disgrace when you have to play for an hour with ten men. As for the Seville result, they are the best side in our Champions League group and the fourth best team in Spain, so suggestions that we should have walked all over them are, to my mind, slightly wide of the mark. Nevertheless, Liverpool supporters aren’t a patient breed and the feeling around Anfield prior to kick-off was that the players needed to prove they could bounce back from a disappointment.

All things considered, we probably could have done without the visit of Burnley this afternoon. The Clarets have already managed a win at Stamford Bridge and they departed Wembley with a point against Tottenham, so it’s entirely fair to say that they’re no slouches. Given the game was sandwiched between two Champions League ties, the manager decided to rotate his playing staff in order to get fresh legs on the pitch. The wisdom of that approach would become clear as the ninety minutes wore on, with Klopp’s reluctance to turn to his bench a strange one in my eyes. Thanks to five goals conceded away to Manchester City and two at home at home to Seville, all of the talk prior to kick-off was about the defence. Would it be able to withstand an onslaught?

Sean Dyche seems to wear the nickname of ‘The Ginger Mourinho’ like a badge of honour. That makes sense, of course, with the Portuguese manager having won virtually every trophy there is to win in football. Certainly whenever a big club sacks their manager you’ll find a procession of former players and pundits lining up to ask why the Burnley man isn’t being considered for the job. The answer to that probably lies in the fact that you need to win trophies to make that kind of football bearable. For all that José Mourinho is the antithesis of what I personally want from a football manager, his trophy haul cannot be argued with. If you don’t manage to take home the silverware, however, then you’re just the manager of a boring football team.

Burnley taking their time over goal kicks after seven minutes. Which is their prerogative, of course.

Dyche and Burnley fans would no doubt tell me that the team is entitled to play in whatever manner will earn them results and they would be absolutely right. That doesn’t mean that they deserve respect or that they should be praised for doing it. They have taken five points from a possible nine against us., the defending Premier League champions and the team that finished runners-up last time around so it’s obvious that the tactics they employ do the job. I’m not sure there’s any amount of money you could pay me to have to watch them on a weekly basis, though. Never mind the long-ball method of play, which would result in me heading to the hospital with neck problems before too long, it’s the time-wasting that frustrates the most. 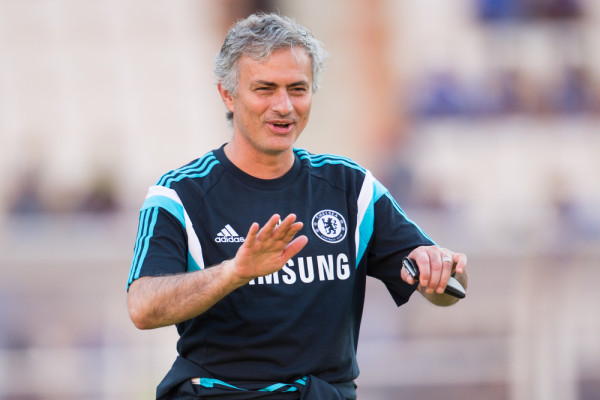 Nick Pope, the Burnley goalkeeper, was time-wasting almost from the first minute. He was taking an age over every single goal-kick and lying on the floor with it whenever it ended up in his arms. Again, he’s entitled to do so. When you go up against a team that is willing to employ such methods to frustrate and anger then you need a referee who is strong enough to stop them. Sufficed to say, Roger East is not that man. He didn’t book Pope until the fifty-fourth minute of the match, despite the fact that he must have wasted close to ten in the first-half. The booking was a complete waste of time, of course, given that he’d never have sent him off no matter how long he took over his kicks. The goalkeeper wasn’t the only Burnley player happy to waste time, but he was the most obvious one and he got away with murder.

Pope booked for timewasting after 54 minutes. It should have been after about 10, in all honesty.

Once again, I’d be furious if I had to watch that every week. Aside from anything else, I’d want a tad more value for money than those Burnley fans must be getting. Even if tickets are £30, that’s about a pound for every minute I’d have to watch my goalkeeper writhe around on the floor or defenders knowingly kick the ball away. This isn’t sour grapes either. I think it’s a disgraceful way to play football, given then the game is a spectator sport. I’d sooner just not bother going than go and have to watch that. Sean Dyche might be the ‘Ginger Mourinho’, but that’s only because he’s got all of the Manchester United manager’s bad traits and none of his good ones. If you’re playing long-ball, wasting time and forcing your supporters to watch tripe like that every week than I think you’d do well to be a little less proud of yourself.

Problems In Both Boxes

I can, and will, be critical of Sean Dyche’s approach to the game, but when all’s said and done Liverpool need to win games like this if we’re ever going to have serious ambitions of winning the Premier League title. With Manchester City putting six past a team we conceded three against and Manchester United scoring for fun, you can’t claim to be the league’s most exciting attacking team if you don’t put the ball in the back of the net more often. This Liverpool team is starting to take on Arsenal’s tag of the side of ‘sterile domination’ and it’s not a good look. There was a period in the first-half, just after we’d scored, when it was clear just how much better than Burnley we really are. We were causing them all sorts of problems and should have put two or three past them, but instead we failed to add to our tally.

Can safely say that panned out EXACTLY as I expected.

Not that our defence has anything to write home about, of course. Yet another match in which the back five was all over the show, with players jumping for the same ball as each other a neat demonstration of just how poor our communication at the back continues to be. How many times will a team be allowed to score against us with their first shot on target? When will the goalkeeper, any goalkeeper, make a big save to bail out his defence? Simon Mignolet, the shot-stopping equivalent of teflon, managers to concede another goal that everyone dismisses as one that he ‘couldn’t do anything about’. He never seems to be able to do anything about any of them. Nine goals conceded against Watford, Man City and Burnley and the goalkeeper is just a hapless bystander who couldn’t possibly have made a difference.

This isn’t even a direct attack on the Belgian. Yes, my position on him has been made absolutely clear over the last year or so, but I actually just can’t believe that we’re all fixated on the defence and no one seems to be willing to talk about the man behind them. Whether it’s Karius or Mignolet who starts, we play with a back five not a back four. Let’s stop pretending that there’s nothing either goalkeeper could ever do about anything and ask why they don’t dig their teammates out more often. Off the top of my head, last year against Stoke was the only time that one of them has made a genuinely top-class save that you would expect any half-decent shot-stopper to make. The defenders are giving up far too many wide-open chances to the opposition, but at some point we need to acknowledge that Liverpool Football Club has a goalkeeper problem.

For now, though, we’ll just keep banging on about the defence. With good reason, mind. I’m not trying to pretend that it’s all sunshine and lollipops. Whichever end of the pitch you’re talking about, we’re not anywhere near good enough. We win the midfield battle more often than not, but you win titles by being the best in both boxes. To have fifty-nine shots over the course of two game and only score three goals is pretty disgraceful. That we’ve allowed the other teams eleven shots in the same period and they’ve put the ball in the back of the net the same number of times as us tells a really depressing story. You don’t win stuff by being wasteful, but you lose stuff by letting the opposition score without much of a fight. I didn’t like the tactics, but no wonder Burnley turned up looking for a draw – they knew they’d get at least one golden opportunity and probably a goal.

After the 2-2 draw on Wednesday night I criticised the crowd for being so impatient. Sarcastic cheers for Loris Karius when he kicked the ball away quickly help absolutely nobody, for example. Yet the Champions League crowd was as nothing compared to the idiots who were at Anfield today. You cannot on the one hand criticise players for being wasteful and not clinical enough whilst at the same time shouting ‘SHOOT’ every time one of them is on the ball within a vague striking distance of the opposition goal. The prime example was in the first-half, when the Kop encouraged Trent Alexander-Arnold to have a pop despite him being thirty yards out and that ball being on his left foot.

The worst of Coutinho today. Too many touches and predictable in *always* looking to cut in for the shot. Like a flashback to seasons past.

I know it’s not the done thing to criticise fellow supporters, but if you’re reading this and you shouted for players to shoot today then please have a word with yourself. Every now and then a brilliant goal will be scored, but more often than not it will be a wasteful ball that disappears off into the crowd or is easily blocked. If you don’t believe me then simply rewatch today’s game and make a note of when you encouraged a player to have a pop. I promise you they weren’t in as good a position as you thought they were. Philippe Coutinho is the biggest culprit, but several players had a go because the crowd encouraged them to. That’s the sort of nonsense that we need to cut right out if we’re to changed these shots into goals.